The 12-member University of Minnesota Board of Regents is the school’s governing body. Its members are elected by the Minnesota Legislature and serve without pay. Eight members represent the state’s eight congressional districts, and four members, including a current U of M student representative, are elected at large. Their six-year terms are staggered so that only four positions are available for appointment every two years. 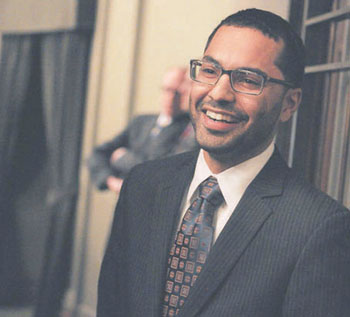 Current Minnesota student Abdul Omari was among four new regents selected during this year’s state legislative session. He was among 14 finalists interviewed by the Regent Candidate Advisory Council (RCAC), created by the legislature in 1998 to screen and recommend candidates to the full legislative body.

“This council is of citizens from all over the state, and there are 24 individuals,” explains RCAC Vice Chair David Fisher. Four regent candidates are selected “in the odd-numbered years. We plan together as a body and develop a plan for doing recruitment and [establishing] interview schedules,” he adds. “It is difficult to narrow it down, but when we get to the process of narrowing, we first go over the applications, and that includes an essay and a description of who they are and a list of references who speak on behalf of the individual.

“We try to determine just on paper who would be the best to interview,” continues Fisher. “Not many of the 24 of us really know these people. Some we do know because some of us come from congressional districts where we know individuals, or some of the people who apply have a reputation that precedes them. But in most cases, we don’t know the individual.”

Josie Johnson duly points out that the regent selection process was vastly different back in the 1970s. She became the university’s first Black regent in 1971, a year after the U of M Morrill Hall takeover by Black students. “We supported the students who were protesting,” she remembers.

Afterwards, Johnson was approached by several DFLers to apply for a school regent post. “It appeared to me as an opportunity to continue the struggle that the students had been engaged in… So I agreed to be a candidate,” she continues. “Once you have been accepted as a candidate, then you have to go before the House Committee on Education and then the Senate Committee on Education. They interview you, and if they support [you], then they recommend you to the full legislature. They then elect you.” 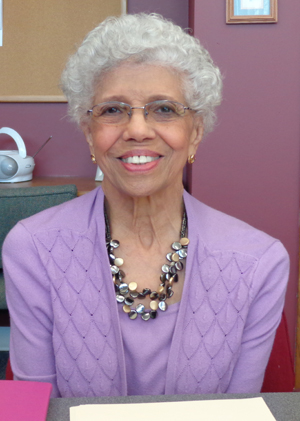 After her election in May 1971, Johnson says, “I guess that every week [or] every other week I went to all of our campuses. Duluth became one of the places that I visited regularly because of my commitment to diversity at the university, and to make sure the American Indian community was represented and [their] issues” were heard as well, she points out.

Johnson also served on two committees, one on students, faculty and staff, and another on health science. She also chaired a student engagement and concerns subcommittee. “Having been engaged in the issues facing Black students…I felt it was not only my responsibility but my commitment to make sure that our students’ wishes were continued while I was on the board,” she says.

She also fought for university-operated hospitals to share high-priced medical equipment, keeping patient expenses down. “That didn’t go very far, because every hospital feels they have to have their own MRI machine,” notes Johnson. “I tried to suggest and argued that it didn’t make sense for every hospital to have one of those expensive MRI [machines] or other technical equipment.”

Unfortunately, Johnson was able to serve only about a third of her one six-year term because her husband was being transferred out of town for his job. “I resigned in November of 1973. I recommended Katie McWatt and Wanda Moore” to be considered by the governor to succeed her. “The governor selected Wanda Moore as my replacement. She then became the second Black person to serve.”

Being the first-ever Black regent “wasn’t something that was on my agenda,” admits Johnson, a longtime educator and community activist. Omari, however, is the first Black since 2007 to become a regent. Fisher admitted that there were “very few” Blacks and other people of color among the 33 applications received this year, and the RCAC lacks diversity as well, he points out.

The university “serves the whole state… Everyone is supposed to have access to the university,” says Johnson. “We have to continue to fight that struggle, because the system doesn’t maintain a commitment,” especially where diversity is concerned.