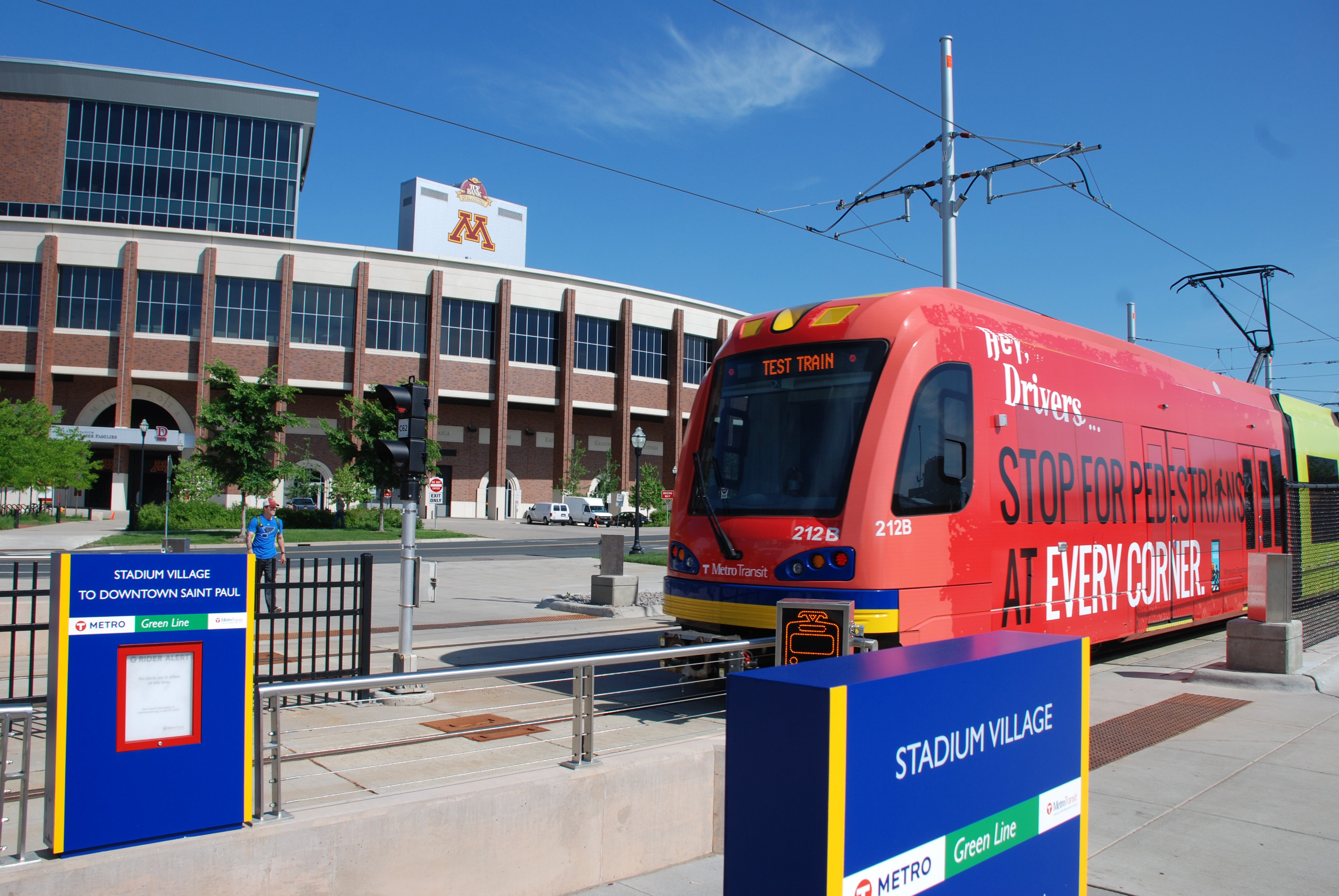 University Vice President Pamela Wheelock said the opening of the Green Line through the campus and Stadium Village will forever change the campus. (Photos by Bill Huntzicker)

The University of Minnesota would promise to be a better neighbor to the communities that surround its Minneapolis campus under an “engagement” policy proposed to the Board of Regents on June 13.

Kaler said his administration has not been as engaged with the surrounding communities as it could be.

The university provides an urban, place-based experience on the banks of a great river where people can live and work safely in a compact area, he said. “It’s a place we need to be involved in more clearly.”

The board heard the proposed resolution and will act at its next meeting scheduled for Wednesday, July 9, and members will discuss its implications and implementation at a two-day retreat on July 10-11.

The proposal calls for increased “external engagement and cooperation with the City of Minneapolis, Hennepin County, and other public and private partners to achieve a vibrant, welcoming, safe and attractive environment.” And it asks the board to support “key interests,” such “public safety, transportation, building code enforcement, housing, public-private partnerships, and creating community amenities that will enrich the livability of the neighborhoods.”

“We seek to position the university to advance our interests,” said Pamela Wheelock, vice president of university services. “Essentially we must assure that the neighborhoods that surround us are safe and livable for our students and members of our community who live and work in those neighborhoods.”

She said the neighborhoods give the university “a competitive advantage as a great place-based experience.”

“We have new global competitors and new modes of providing education, but it’s important to think about the place-based experience: our people and our places,” Wheelock said, adding that the university should create a “memorable place” for students. “Is this a place where they form permanent lasting relationships that they will hold for the rest of their lives?”

Wheelock said the Minneapolis campus is unique, and it’s in one of the largest growth areas for jobs and housing in the state. “The rate of change around this campus has accelerated dramatically in the last few years,” Wheelock said. “Twenty years ago, we talked about the commuter students. Now they’re living a 15- to 20-minute walk away.”

The current building boom is in higher density private rental housing, especially in the Dinkytown and Stadium Village commercial districts. “This near-campus housing boom has led to a larger number of new student housing near campus. We must ask whether this growth is sustainable,” Wheelock said.

The University’s actions affect the community. “We are a very porous campus. There is a blurring and blending of responsibilities on the edges of this campus,” she said.

The new Minneapolis-St. Paul Green Line light rail that opens through campus on June 14 “will forever change the look and feel of this campus,” Wheelock said, adding that the project involved years of coordination with the Metropolitan Council and other governmental and community groups.

Monique MacKenzie, director of planning and architecture, said a plan broadcasts a message to the people who use it. “We would reference the plan as we need to align our investments with a strategic academic vision,” she said. “The plan keeps us oriented to the global setting as you see how the campus is evolving.”

The university’s master plan hasn’t accounted for building sites, landscapes and construction, she said. A plan helps set some direction that supports campus life, reduces unanticipated demands on utilities and avoids distortion in land values. And it signals the university’s desire to work collaboratively with surrounding communities.

Stadium Village and Dinkytown are 18-hour places and the city’s master plan calls for them to be major activity centers that will change and evolve over time, she said, and the Prospect Park neighborhood east of the campus has a distinct identity and a comprehensive plan. 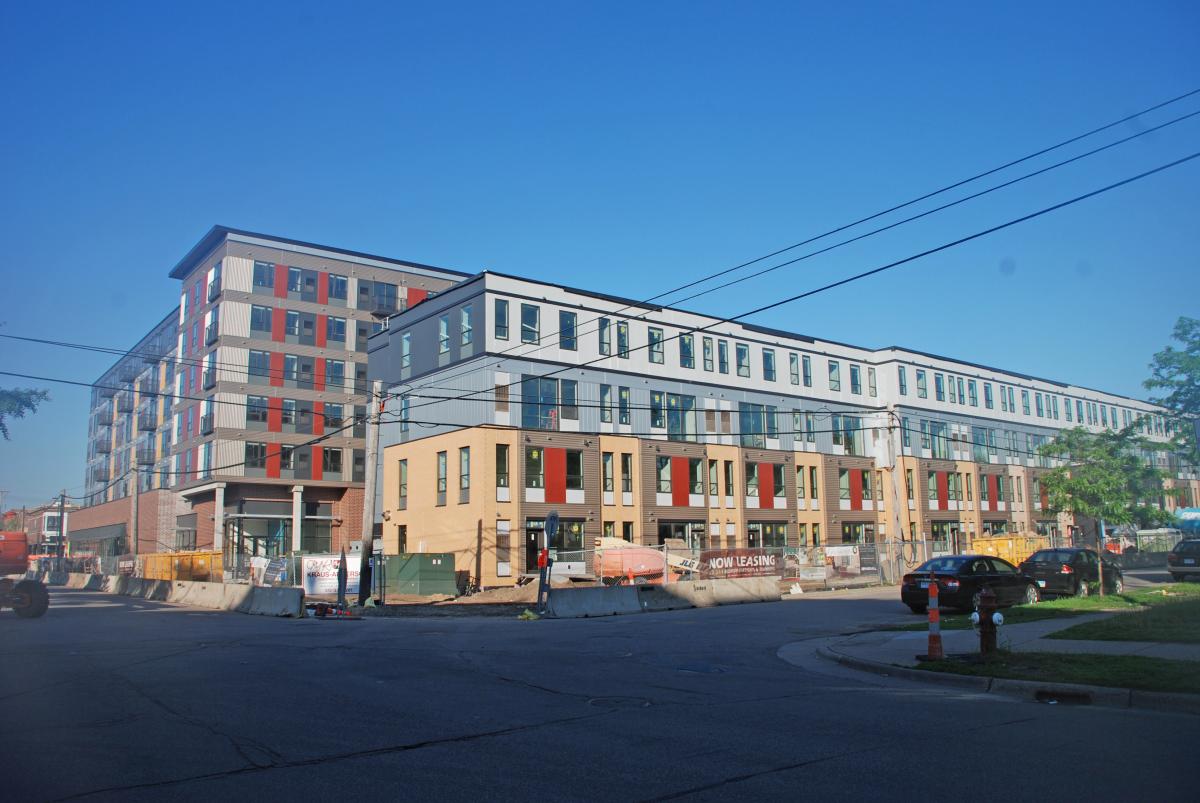 The Marshall student housing will fill more than a city block that once housed Marshall High School and later the University Technology Center. 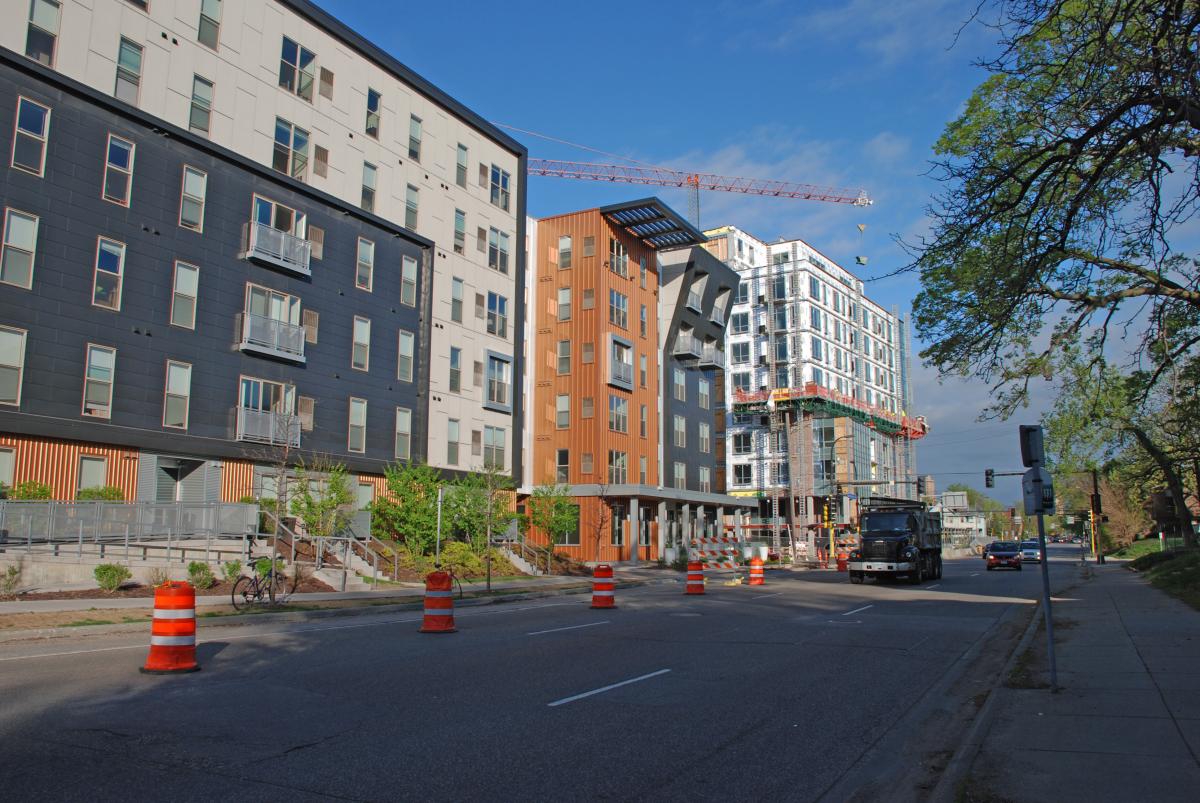 The city and the University have partnered to create the Dinkytown Greenway connecting bicycle trails on both sides of the Mississippi River. The only place in the state with more pedestrians than the campus is the Nicollet Mall downtown.

“We focused almost exclusively on the edges of the campus,” he said. Now the university can acquire property, such as the Days Inn on University Avenue, if it’s in the strategic interest of the university. “Historically we would not take that same position on an acquisition that’s five or six blocks from the campus.”

The university consults through two major groups – the University District Alliance and the Stadium Area Advisory Committee – both of which were created to ameliorate the impact of the campus TCF Bank Stadium on the neighborhoods. In addition, students have worked through an office of student-community relations, he said.

The University District Alliance consists of the neighborhoods of Marcy-Holmes, Prospect Park, Southeast Como, and West Bank/ Cedar-Riverside, the related business associations, the university student government, the City of Minneapolis, Augsburg College, and the Minneapolis campus.

After the meeting, Wheelock said the university wouldn’t necessarily take a position on specific issues, like whether Dinkytown should have a new hotel. But it could take a stance on issues in which the university and its neighbors have an interest.

Ted Tucker, president of the Minneapolis Planning Commission and former chair of the University District Alliance, welcomes the university’s increased involvement in the neighborhood. “I’m pleased they’re going to take more responsibility for their impact on the surrounding neighborhoods [and] seek more collaboration with the city, especially in the public realm,” he said.

Regent John R. Frobenius expressed his concern that the university emphasize its statewide importance in health-care delivery and not cut off access to its medical services.

Regent Peggy E. Lucas, who represents the Fifth Congressional District that includes the campus, said the current building boom consists of buildings that are not built for the ages. “I see buildings going up that are going to deteriorate at the same rate and could cause problems in the future,” Lucas said. “We should pressure the city to monitor them and prevent problems through code enforcement.”

Kaler agreed. “It’s obvious that for 160 years this campus and the city of Minneapolis have been inextricably linked,” Kaler said. “We’ve grown up around each other for a very long time.”