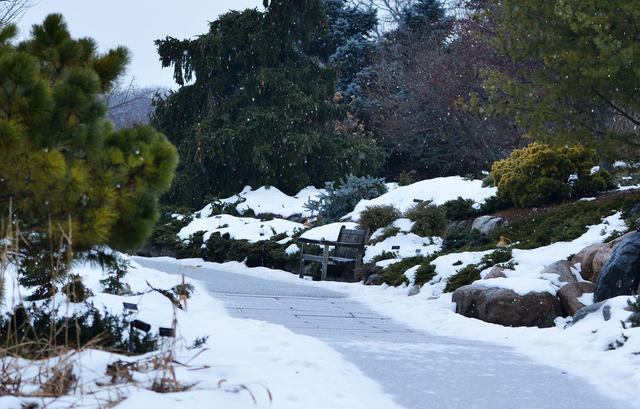 The University of Minnesota plans to purchase about 78 acres in Chaska, Minn., for the Minnesota Landscape Arboretum to expand its research programs and recreational space.

Part of the $4 million purchase would be funded by state committees — the Legislative-Citizen Commission on Minnesota Resources and Lessard-Sams Outdoor Heritage Council. The arboretum will likely have to fundraise an additional $1.3 million for the purchase, said Ed Schneider, the arboretum director, by recruiting private donors and selling two smaller parcels of land.

The new property is adjacent to the University’s Horticultural Research Center, where Haralson and Honeycrisp apples were developed. The purchase would allow the center’s current apple, grape and tree research to expand, said Peter Moe, director of operations and research for the arboretum.

Erin Pfarr, a horticulture sophomore, said she’s excited about the purchase because of its potential for grape and pest-resistant tree and shrub research.

Pfarr, who concentrates on plant breeding and genetics, said she’s looking into doing research projects at the arboretum in the future.

“It’s a really, really great opportunity,” she said. “It’s a really beautiful place, [and] it offers everything from manicured milk gardens to test gardens and wild areas. It offers something for everyone in horticulture.”

With 1,000 feet of lakeshore on Lake Tamarack, the new property also has conservation value, Moe said. Purchasing the property would give the arboretum better control of the lake water, which it uses to hydrate its research plots.

“It’s really important to us that we have good water quality,” Moe said, “so we want to keep that lake clean.”

Purchasing the property would also allow the arboretum to protect the land from housing development, Schneider said.

“It’s important that we preserve that land for our programmatic needs as well as for the public needs of the citizens to have protected areas,” he said.

The northern two-thirds of the property will be open to the public without the $12 gate fee that the rest of the arboretum has. People will have access to Lake Tamarack to canoe, kayak and fish, Moe said. The arboretum also hosts more than 150 weddings and receptions each year. 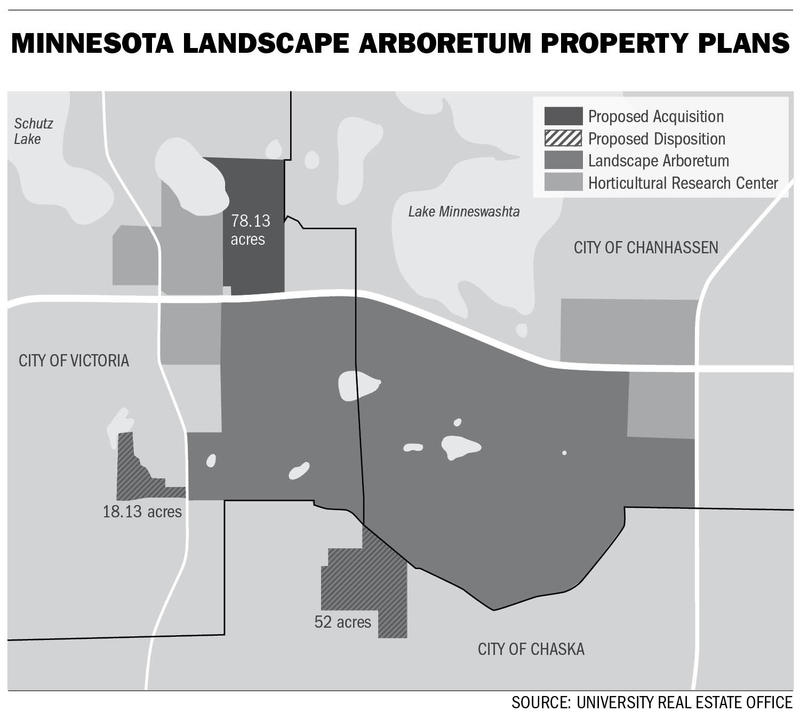 The purchase agreement will most likely be finalized this winter, while the closing on the property will take place in November, Moe said.

In the meantime, the University has placed two smaller parcels of arboretum land on the market to fundraise for the purchase, he said. The 52- and 18-acre parcels — worth $2.3 million and $865,000, respectively — are across the street from the main arboretum and are difficult to irrigate and use for programs.

As the new property is adjacent to existing arboretum land, Moe said, it will be much more useful than the other two parcels.

“It’s much more valuable to the University of Minnesota,” he said.

Schneider said the arboretum will turn to private funding if the parcels don’t cover the deficit.

“Whether they sell or not,” he said, “we’ll just have to wait and see.”

Though the purchase has yet to be finalized, horticulture sophomore Louis Succio is already excited about the research potential of the new land.

“To me, research is not only about the study of horticulture,” Succio said, “It’s about creating opportunities for others in the field.”

He said he hopes the purchase will create more of those opportunities now and in the future.

“After the grape and pest-resistant tree and shrub research [is] over,” he said, “there would be plenty of land for countless other research projects.”