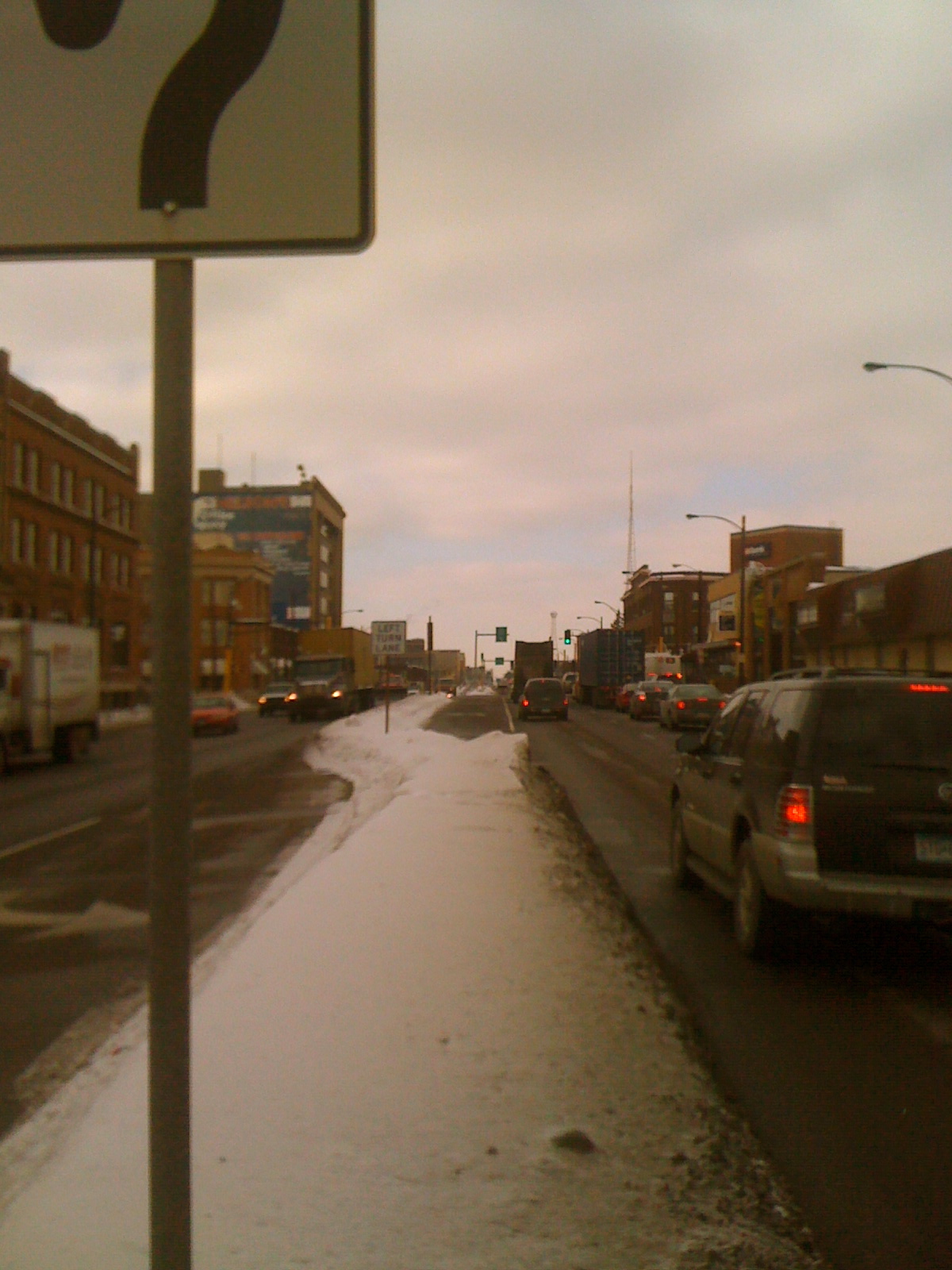 Beginning in March, one lane of traffic in each direction will be maintained on the north side of University Avenue.

Winter driving has been a bear this winter. The roads have been both greased and narrowed by over 50 inches of snow, so far. Drivers won’t catch much of a break either as pothole and road construction season will soon follow.

For those of us along the Central Corridor, there will be an additional roadblock beginning in March as heavy construction on the Light Rail Transit (LRT) Project begins on University Avenue between Hamline Avenue in St. Paul and Emerald Avenue in Minneapolis.

The construction work will last for ten months, until December 2011, according to Rita Rodriguez, Community Outreach Coordinator for the Central Corridor Project Office of the Metropolitan Council. In March, construction will start on the south side of University Avenue. One lane of traffic in each direction will be maintained on the north side of the street.

The Central Corridor Light Rail Transit Project will eventually provide a link between downtown St. Paul and downtown Minneapolis along Washington and University avenues. Construction on the 11-mile Central Corridor line began in summer 2010 and service is planned to begin in 2014. The line will connect with the Hiawatha LRT line at the Metrodome station in Minneapolis and the Northstar commuter rail line at the Target Field Station.

More detailed information about the LRT Project can be found online at www.centralcorridor.org. You can sign up for a weekly electronic
construction update at:
http://www.metrocouncil.org/transportation/ccorridor/CCLRTSubscribe.html