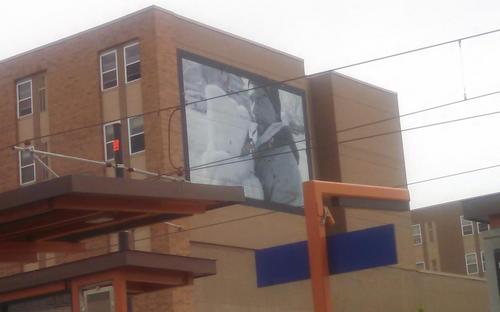 I walked down University Avenue from the Capital to the University of Minnesota the week before the Green Line train opened in St Paul. It was a quiet Sunday, not many walkers, not a lot of cars and many storefronts were closed. Quiet and a little sad. The art on University Avenue reveals some of the sadness (such as the tiled tower coming down in Frogtown)… 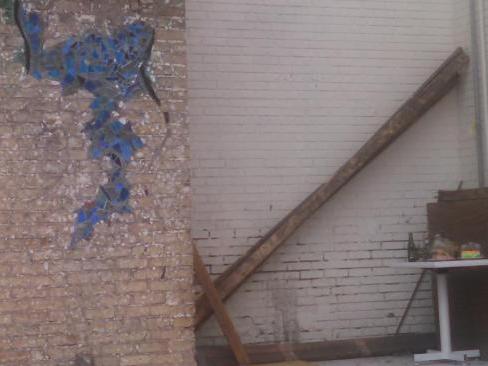 …but it also celebrates the different people who live and work in the neighborhood, especially in the photos from Wing Young Huie on Fairview. Artify’s THIS IS HOME art projects emphasize community, even in the closed Midway car dealerships. 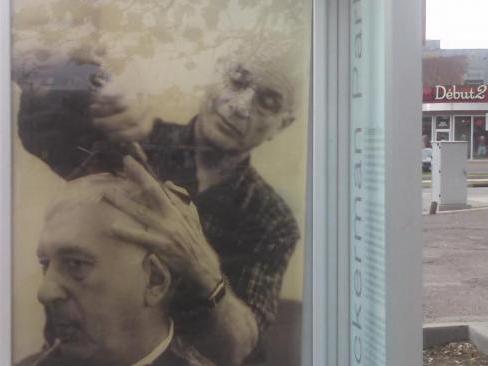 There’s a strong sense of community on University Avenue as demonstrated by community art near Hamline and community-sponsored art in other areas. 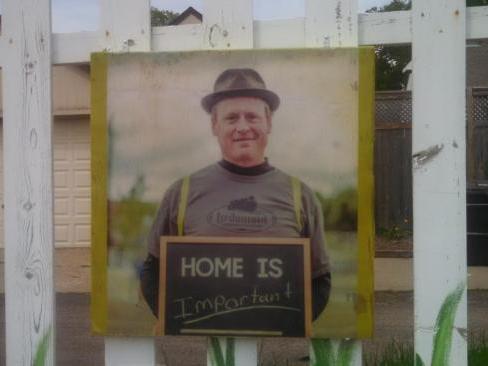 The businesses have gotten into the game too. In some ways, I think the local business owners have a unique role to play in allowing or promoting street art. Even walking down University you see some neighborhoods are clean of art (antiseptic) and others embrace it. 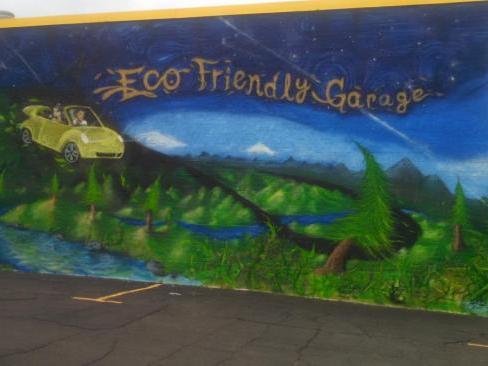 An interesting theme on University is the ongoing safari pictures — animals include rhinos, zebras, penguins, kangaroos and more. The Bigger Picture Project describes the wild animals:

Artists John Grider and Mike Fitzsimmons (known together as Broken Crow), designed the images to fit together to create one Bigger Picture along the route of the light rail. Using enormous stencils, they painted animals in motion—lions, camels, rhinos, wolves, tortoises and foxes—varied creatures moving forward together, much like the light rail passengers themselves. The complete composition measures 32 feet tall by 60 feet wide. This is the first multiple-location mural; no one who contributed to the project had tried, or even heard of, anything like it. 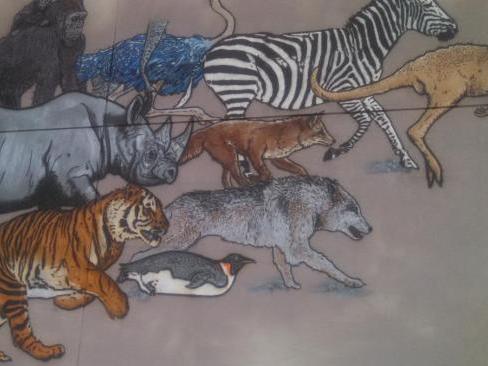 I drive on University Avenue or across it all week. In the winter, I go to the Midway YMCA daily. I visit the Turf Club more often than I should admit. Yet, it’s a street I use but sort of forget about. Once I started walking I recalled many fond memories: I once worked on University Avenue, I spent a week at the Midway Hospital in high school, I snuck into the Turf Club when it was a polka bar and I went to the Father Daughter dance at the old Prom the year it closed. 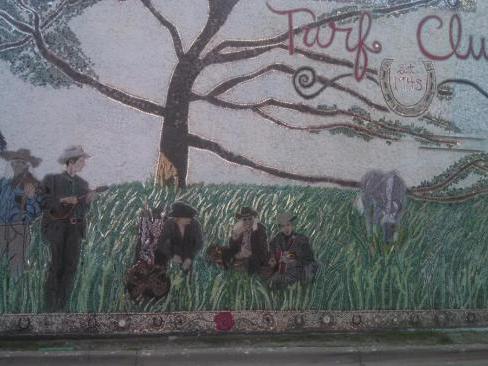 I wonder if others who have grown up in the Twin Cities have the same attachments. It’s a long street with a long history, and the Green Line represents a new turn in that history.

[Editor’s note: If you have photos and stories of University Avenue, send them to us! We’d be happy to publish your stories.]

Sculpture by Fairview and University Avenue

Near University Avenue and Franklin