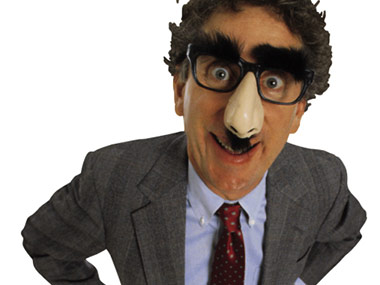 The anti-tax contingent of the Minnesota business lobby—calling itself “United for Jobs”—is using bogus statistics to frighten Minnesotans into believing that the tax increases being proposed by Governor Dayton and legislative leadership will crush the state’s economy. They’re full of baloney.

Analysis from MMB reveals that Minnesota’s “Price of Government” (total Minnesota state and local government own-source revenue as a percentage of statewide personal income) under Dayton’s budget will be less over the next four years (2014 to 2017) than it was during the previous four years (2010 to 2013). The Coalition of Minnesota Businesses, of which the MBP is a member, has called the Price of Government “an index of what taxpayers can afford.” Given that this index is declining under the Governor’s budget, the business lobby cannot now plausibly claim that Dayton’s proposed tax increase is unaffordable.

Furthermore, it should be noted that MMB’s Price of Government analysis of the Dayton budget was based on the original plan introduced in January before provisions expanding the state’s sales tax base were removed. It was also based on the November 2012 forecast and does not take into account the higher projected personal income growth indicated in the February 2013 forecast. An updated analysis based on the March revisions to the Dayton budget would reveal an even greater decline in the Price of Government.

Not only is real per capita state general fund revenue in Minnesota near a twenty year low, but it is currently more than ten percent less than it was a decade ago and—in the absence of legislative action—is projected to decline again in the upcoming FY 2014-15 biennium. Furthermore, a Minnesota 2020’s latest report shows real per capita general fund expenditures have also declined by over ten percent the last ten years.

“United for Jobs” appears to be less about promoting job growth than it is about protecting the privileged tax status of high income Minnesotans. Based on information from the 2013 Minnesota Tax Incidence Study, the top two percent (the only group affected by Dayton’s fourth tier income tax proposal) are paying approximately 20 percent less of their income in state and local taxes than are middle-income Minnesotans.

Research from the Congressional Research Service has demonstrated that tax breaks for high income households do not promote job growth, but they are correlated with an increased concentration of wealth in the hands of high income households. The concentration of wealth at the top and the corresponding shrinkage of middle class purchasing power is the real cause of Minnesota’s and the nation’s long-term economic doldrums. As the purchasing power of the middle class erodes, businesses produce less, economies creates fewer jobs, and working people income’s further erode. It’s a vicious circle.