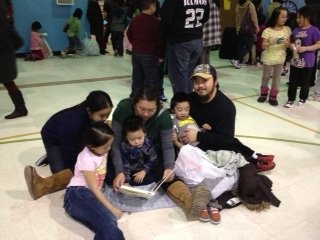 Should parents have their children “opt out” (not participate) in local or statewide testing? Some anti-testing advocates are suggesting this. Last week more than 30 district, charter and union officials responded when I asked them about this. Their responses reflected a mixture of respect, responsibility and frustration.

Most educators offered considerable respect for parents and a willingness to work with them. They urged parents with concerns about testing to contact their youngsters’ teachers or principals. In some cases of extreme “test anxiety,” issues with students having special needs,  English as a second language or other circumstances, educators agreed that opting out might be appropriate.

Denise Specht, Education Minnesota president, responded: “Education Minnesota hasn’t taken a formal position on this, but I can say what I would do if a parent approached me about opting out. I would explain that some standardized tests are more valuable to educators than others. I would also explain that some students handle the stress and loss of learning time associated with those tests better than others. Then I would leave it up to the parent to make an informed decision about what’s best for that individual student.”

Bernadeia Johnson, Minneapolis superintendent, told me: “My recommendation is that families with questions about testing programs talk with their primary children’s teachers before they make decisions. At the high school level, I think students can be involved. There are extenuating circumstances. We have a staff member whose youngster experienced a great deal of anxiety with testing. We developed a plan for that student. At the same time, parents need to understand how assessments are tied to teaching and learning. Assessments help us understand how much growth a student has made or how well we educators are doing.”

Recently some South High School teachers in Minneapolis urged parents to have their children “opt-out” of some tests.  Contacted by this author to share a copy of the note they sent to parents, these teachers declined.

Bill Wilson, executive director of Higher Ground Academy (charter) in St. Paul offered made several points.  First, he hoped parents would talk with the school before making a decision to “op-out.”  Second, Wilson is critical of policies that require immigrant students to begin taking state tests after a year in the U.S.  As he noted, “it takes 3-5 years before a non-English speaking student understands our language well enough for them for a test in English to be accurate.”

Matt Mohs, chief academic officer for St. Paul Public Schools, explained via email that, “Saint Paul respects the decisions of parents who are concerned about a child participating in a standardized assessment and decide to opt out. Typically, a staff member will have a conversation about the concerns and attempt to address the concerns while also providing information about how the tests are used and what the tests can tell us about student performance. The process varies slightly depending upon which assessment is impacted.”In a phone conversation,

Mary Catherine Ricker, St. Paul Federation of Teachers president, told me that teachers want to make sure that students with special needs and those just learning English are not assessed with inappropriate tests.

Corey Lunn, Stillwater superintendent wrote via email: “Most parents I come into contact with ask very few questions about these state test results and most view these tests as something that does not benefit their students and teachers. To be honest – with the tests constantly changing and the results coming after the students have completed the school year – this is becoming more difficult to defend. These tests have become more about accountability instead of providing data to the teachers when they can use it to change and improve their instruction.”

He continued, “With that said, in the absence of any other state data to help teachers improve practice for students currently in his/her classroom – we do have our own district data for this – I would feel compelled to encourage parents to have their students take these tests. Otherwise our comparisons would be skewed when looking at scores across school districts.”

Educators also noted the school’s responsibilities to participate in testing programs. They pointed to federal and state legislation that makes them responsible for testing. These educators also say testing can be valuable both for the students and the system.

Robert Metz, St. Louis Park superintendent, wrote in an email: “We highly encourage each student to take the various tests administered in the district because we use the data for a wide variety of purposes. These include:

–Determining if the system is making improvements on stated goals.

“So far, very few of our students have opted out of the testing process,” he added.

Ben Barton, Caledonia superintendent, told me via email: “We really haven’t experienced parents wanting to opt out of state testing. As a district 100 percent of our students participated in the math test and 98.8 percent of students participated in the reading test, according to the 2013 AYP results. I think the parents in our district take state testing very seriously!”

Jim Johnson, Monticello superintendent, explained: “We have had very few requests regarding this issue, but we would honor a parent’s wishes. We would encourage them to have their child participate as the district does find value in using the data to monitor student progress and as a way of evaluating our own programming.”

Les Fujitake, Bloomington superintendent, told me via email: “Our district will share the following to help parents make an informed decision:

–Parents that opt out of state tests (such as the MCA, MTAS, and Modified assessments) will lose the ability to compare individual levels of proficiency to state and national standards as well as learning rates compared to a state norm.

–Parents that opt out of local assessments (such as the NWEA MAP tests) will lose the ability to compare individual student rates of learning to a national norm.

–Parents that opt out of state and local assessments will lose the ability to help track their children’s progress on their respective pathway to graduation.”

Tom Kearney, director of New Heights charter in Stillwater, wrote: “Opting out would only create a huge administrative issue for the schools to deal with. As with any public issue, the best way to deal with this type of thing is to directly contact the people who make the rules or laws that schools have to abide by. Writing letters, emails or making phone calls to state legislative representatives about standardized testing should have the greatest impact. Bear in mind that quality school systems are able to administer tests with minimal disruption and school officials analyze and use the test score data to make curriculum and instruction enhancements so that all students are able to make forward academic progress. Opting out would limit the schools’ ability to do that.”

Finally, some educators agreed that tests are imperfect, they don’t measure everything that’s important and there have been and are problems with statewide testing programs.

Greg Winter, Braham superintendent wrote: “I think it is easy to understand why there is a movement to ’opt out‘ of the state testing. The series of ever-changing standardized testing done in our schools has been and continues to create much confusion on the part of students and parents in regard to the meaning of the outcome of these tests. We will continue to move forward this year with the implementation of the standardized testing as required by the state. However, we will also begin to look at other types of assessments. Some schools are requiring (and paying for) all students to take the ACT. Although this creates an additional expense upon the schools, it does offer valid results that can be clearly interpreted by its stakeholders.”

Cam Hedlund, director of Lakes International charter in Forest Lake, wrote: “In the public’s eye, school test scores are held as the sole measure of a school’s success or failure. For this reason, it’s difficult for a school to choose an alternate path or recommend to individual families to opt out, as it results in inaccurate measures of the school’s educational program. To reduce a school’s success to a simple number discounts student growth in all areas – academic, social and emotional. If we as a society care about having children who can think, learn, communicate and work together as contributing members of our society, we need to expand our measure of school success. We need to measure what we treasure, no longer measuring only one of the simplest aspects of human development – a knowledge of facts.”

Katie Curtis, director of Swan River Montessori in Monticello, explained: “As a Montessori elementary school, we view formalized assessment as a tool which interprets only a small piece of what a child truly knows. While we recognize the need for statistical data to show a student’s progress, particularly for future classroom placement in middle school, we choose to measure children in all areas of development, not just what is reflected on a single test. Therefore, (our school) is understanding of any family who may opt out of any such testing programs.”

As a parent and educator, I found that in-classroom, teacher-designed tests helped show how much progress students were making. Standardized tests showed how well students were doing compared to others around the state and country. Moreover, students planning to enter most colleges will find “test-taking skills” help them show what they know.

However, traditional standardized tests don’t assess many important areas of knowledge and skill. And both in Minnesota and other parts of the country, there have been many problems with tests. The best path for parents is to learn what tests do and don’t measure and monitor how their youngsters respond to testing. If you have concerns, meet with your student’s teacher or principal to determine what makes the most sense.