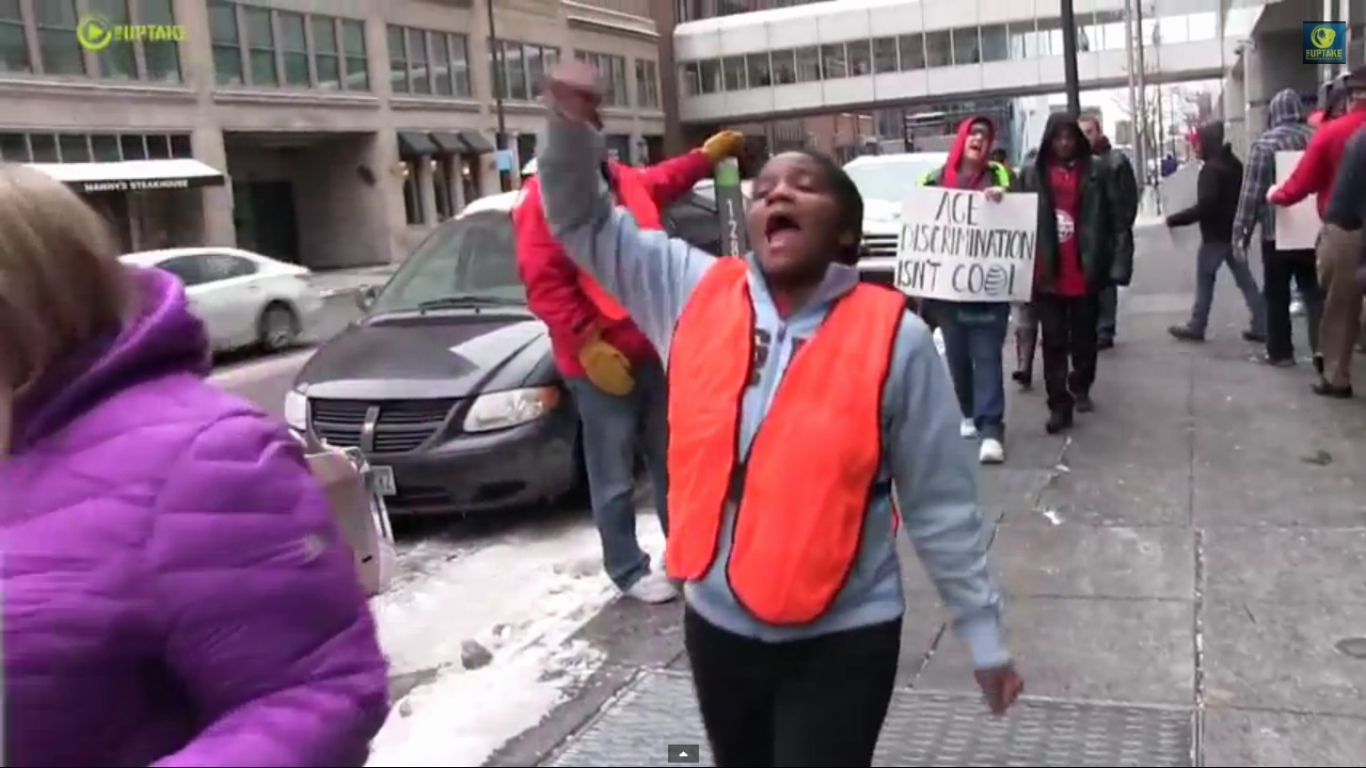 A new Minnesota law explicitly says companies must let employees use sick time to care for ill relatives. Yet AT&T is telling some of its longest tenured employees that they can’t do that since their union contract gives them unlimited sick days.

On a frigid Wednesday noon, about 50 members of the Communications Workers of America (CWA) rallied outside the AT&T Tower in downtown Minneapolis in support of the more than ten senior employees denied compensation for sick time used to care for relatives including spouses and parents.

This is a benefit now mandated by Minnesota state law under statute 181.9413, passed in August 2013 by the state legislature. Greta Bergstrom, Communications Diretor for TakeAction Minnesota, stated, “In June 2014, the Minnesota Department of Labor and Industry issued a letter to AT&T instructing the corporation to comply with the new state statute. Since that date, AT&T has ignored the order and continued denying benefits to their most senior employees.”

Company says employees have other options

An AT&T spokesperson told Minnesota Public Radio that employees with 25 years or more of service have unlimited sick days under their union contract so they need to use other paid and unpaid options available to care for relatives. Those options include short term and long term disability benefits, five weeks of paid vacation, three paid floating holidays, four excused work days with pay, as well as family leave.

Following the rally, the crowd marched to the IDS Center to hand-deliver a letter to the offices of Littler Mendelson, P.C., the company that is legally advising AT&T. The letter asks that the law firm “advise your client, AT&T, to correctly apply MN Statute 181.9413 Care of Relative, in the spirit in which the law was enacted and not in the incorrect and unlawful manner in which (AT&T) has been applying the statute.”