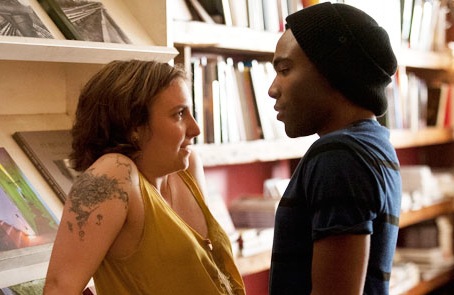 I was meeting with a group of students last week, talking about race, and I did something I was embarrassed about afterward. There was a young woman who was speaking eloquently about some of the issues taken up by their student group Students Together as Allies for Racial Trust (START), which is based at South High. This young woman was wearing a headdress, and I thought for a moment that I recognized her from another story that I wrote when I visited the Somali classes at the same school.

I asked her, “Oh, didn’t I interview you before, when I visited the Somali classes?” She looked at me quizzically, and said she didn’t take Somali at the school. There was a long awkward silence. “Sorry!” I said, quickly moving on to a different topic.

Later, I was flipping through a book that one of START’s coaches, Kate Towle, lent to me, called To Be Free: Understanding and Eliminating Racism. It’s basically a textbook about the history of race and racism in the United States, and provides tools for students to talk about issues surrounding white privilege and other such topics.

When you have privilege, you can just be going through your day, not even thinking, and all of a sudden—oops! You were racist for a second. You didn’t try to be racist, but you just accidentally do something stupid like think you recognize someone because they have a similar skin color and have their head covered. You might not even know that you’re being racist because when you have privilege, it’s not being thrown in your face all the time—you’re just floating through your existence without ever having to worry about a cop pulling you over because of what you look like, or being denied a loan because of your last name or a hundred other examples.

One insightful thing Towles said to me during the discussion was that people don’t like to talk about racism. I think that’s really true, especially when you’re talking about the unintentional/white-privilege brand of racism. That’s why I feel it’s important for me as a writer to keep writing about these types of issues while at the same time realizing there is a need for writers from different communities to also have their voices heard.

Overt racism is a more popular topic because then we can all just point our fingers at the racists and think how much better we are than them. I remember a few years ago there were a handful of Neo-Nazis gathered in front of South, and across the street there were hundreds of people shouting at them to go home. While I’m not saying that people shouldn’t protest Neo-Nazis when they come to town, I feel in some ways it’s a distraction from the real work that needs to be done. That work is really, for those of us that have white privilege, to look inward and figure out: what could I be doing differently?