“Life goes on even as construction runs up and down University Avenue,” wrote John Slade in E-Democracy. “And our Unify University coalition is determined to show that we are still here, still open, and still having fun on the Corridor!” This year’s third annual Unify University parade started on Victoria, south of Minnehaha, by the old Wilder/Frogtown Farms site at 10 a.m. on Saturday, August 18. The parade was followed by an Open Mic, hosted by the Center for Hmong Arts and Talent.

This was the parade’s third year, and co-organizer Vaughn Larry of the Aurora St. Anthony Neighborhood Development Corporation said that makes the event a tradition.  This year’s parade had 29 units, which included clowns, musicians and free popcorn along the route.

The light rail construction on University Avenue meant that the route had to be altered, but residents young and old, new and long-time neighbors showed up for fun and celebration.

Photos below by Yang Yang — thanks for sharing these with TC Daily Planet! 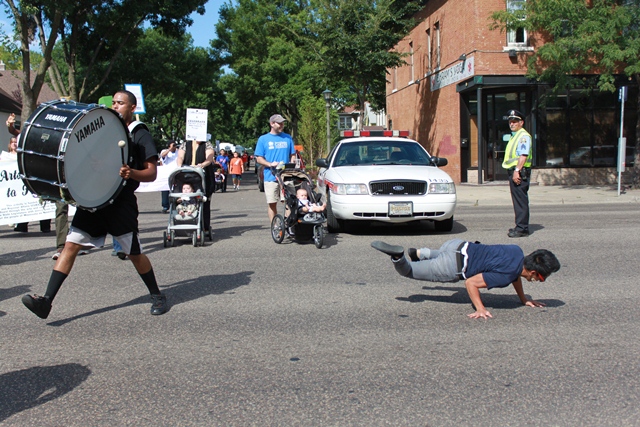 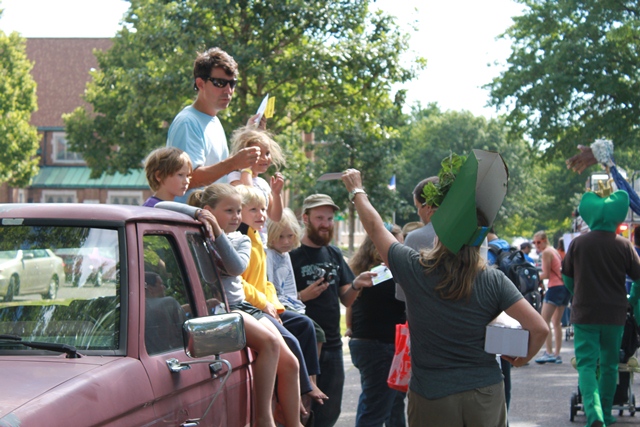 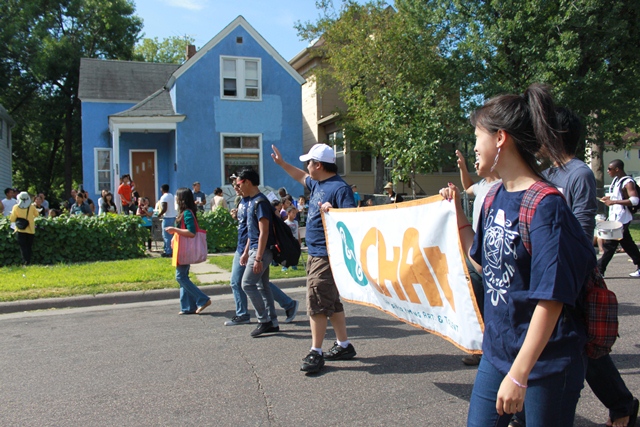 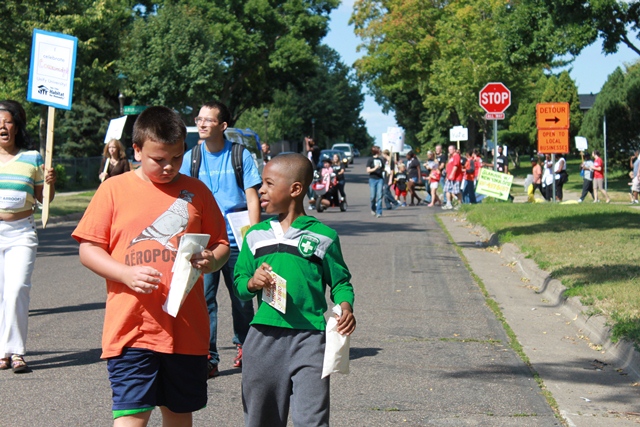 If you have photos to share, email photos to editor@tcdailyplanet.net or upload to our Facebook page at https://www.facebook.com/tcdailyplanet. Then check back right here to see all of the photos from the parade.