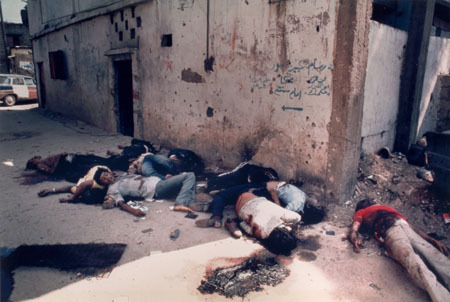 Thirty years ago this June, Israel invaded Lebanon, ostensibly to destroy PLO military units hunkered down along the border of the two countries.

Although independent observers had verified the PLO’s faithful adherence to a 1981 ceasefire, Israel claimed that Palestinian forces under Yassir Arafat’s command had mounted cross-border raids and fired missiles into the Galilee giving Israel no choice but to retaliate.

Just prior to the invasion, meanwhile, Israel’s ambassador to England, Shlomo Argov, was the target of an attempted assassination by the Abu Nidal terrorist organization, a sworn enemy of the PLO.

In the wake of the botched assasination, the PLO not only publicly condemned the shooting but also condemned to death, in absentia, Abu Nidal, who was known to be the mastermind behind similar attempts against the lives of PLO leaders. Israel went ahead anyway and cited the murder attempt as yet another casus belli. Though the announced limit of the Israeli assault was the banks of the Litani River about a third of the way to Beirut, Israeli forces did not halt there but pressed on to Beirut.

At the time this sequence of events was unfolding, I was a staff reporter with the now-defunct Twin Cities Reader. About a year earlier I had created what I believe was the first newspaper venue for media criticism in the Minneapolis-St. Paul market, a weekly column I called “Mediawatch.”

Until the time of Israel’s invasion I, like most Americans, was, for what I would discover were good reasons, naive about the realities of power politics in the Middle East and about the peculiar nature, as some have called it, of the U.S.-Israeli relationship.

That began to change when I learned from the Palestinian-American husband of a member of a writer’s group I had helped form that his two sisters, both studying at the American University of Beirut, were trapped in the western part of that city, terrified for their lives by Israel’s unrelenting air, ground, and sea attack on the undefended capital. A little investigation led me to discover that, among other things, such an attack on an “open” city of non-belligerent nation (Israel made much of the claim that it’s fight was with the PLO, not Lebanon) was, and still is, a prima facie war crime. In this case, the flagrant violation of international law was funded in large part by American tax money.

I began a systematic analysis of U.S. press coverage of the invasion, comparing it in those pre-Al Jazeera days to coverage in such radical overseas venues as the BBC, CBC and LeMonde.

Paul Findley is a former Republican Representative from downstate Illinois. Like a few other politicians, including fellow Republicans Pete McCloskey and Chuck Percy, and Democratic Rep. Cynthia McKinney, Findley lost his office when tons of out-of-district cash poured into the coffers of his opponent following Findley’s criticism of the American government’s blind support of Israel. In 1985, Findley published a carefully researched, best-selling book with the unfortunate title of They Dare Speak Out. It detailed his experience and those of others, including journalists, who’d suffered a similar fate. Herewith, I will allow Rep. Findley to take up my tale.

During the summer of 1982, Minneapolis columnist Richard Broderick devoted several installments of his “Mediawatch” column—a weekly feature on media coverage—to exposing inequities in American media coverage of the Israeli invasion. Among his findings: “Tapes, purportedly of [Yasser] Arafat’s ‘bunker’ and ‘PLO military headquarters’ being bombed, aired over and over again, while tape of civilian casualties wound up on the edit room floor. … As Israeli ground forces swept through southern Lebanon, the American press continued to employ the euphemism ‘incursion’ to describe what was clearly an invasion.”

In local newspaper coverage, Broderick found: “While Palestinian and Lebanese civilians were being killed by the thousands, the Minneapolis Star and Tribune ran a front-page photo of an Israeli mother mourning her dead son. Later that same day, another photo showed a group of men bound and squatting in a barbed-wire enclosure guarded by Israeli soldiers. The caption described the scene as a group of ‘suspected  Palestinians’ captured by Israeli forces. Simply being Palestinian, the caption implied, was sufficient cause to be rounded up.”

Broderick also used his column to relate scenes of horror that were witnessed by the Reverend Don Wagner, who had been in Beirut inspecting Palestinian refugee camps when the Israeli bombing began. Wagner saw a wing of Gaza Hospital knocked down by the bombing, and he was in Akka Hospital while hundreds of civilian casualties were brought in. Wagner described his experiences to the Beirut network bureaus for NBC, ABC, and CBS, but their reports, which were beamed back to the United States, were never aired.

While such examples of bias are disturbing, still more so are the consequences suffered by the journalist who publicizes them. Soon after the “Mediawatch” columns on Israel ran in the Twin Cities Reader, movie distributors of Minneapolis—who collectively represent the largest single source of advertising for the paper—began telephoning editor Deb Hopp with threats of permanently removing their advertising as a result of the Broderick column. Hopp mollified them by agreeing to print, unedited, their 1,000-word reply to the offending column. Contrary to usual policy, Broderick was not allowed to respond to this rebuttal.

Scattering the Seeds of Catastrophe

Later in the summer, Broderick reported an attempt, as he saw it, by Minnesota Senator Rudy Boschwitz to manipulate public opinion through the local media. Boschwitz coordinated and appeared in a press conference with members of the American Lebanese League (ALL), an organization that endorsed the Israeli invasion. Boschwitz cited the testimony of league members in arguing that the people of Lebanon welcomed the Israelis. Broderick quoted in his column a report by the American-Arab Anti-Discrimination Committee that described the league as “the unregistered foreign agent of the Phalange Party and the Lebanese Front. They work in close consultation with AIPAC, which creates political openings for them. ” Senator Boschwitz, upset at seeing this information made public, castigated Hopp and Broderick in a lengthy telephone call. Three weeks later, Broderick was informed that his services would no longer be needed at the Twin Cities Reader.

Still later that summer, militia belonging to the Phalange Party, a Maronite Christian movement openly modeled after the fascist parties of Europe in the 1920s and ’30s (Phalange is a variation on Falange, the name adopted by fascists who backed Franco during the Spanish Civil War) perpetrated the massacre of as many as 3,500 Palestinian and Lebanese civilians in the Sabra and Shatila refugee camps of West Beirut. The militia were granted entry to the camps by Gen. Ariel Sharon, commander of the Israeli invasion forces. Israeli troops went on to block the exits to the camps for almost three days while the Lebanese fascists carried out their murderous rampage.

By that point, I was no longer in a position to comment on news coverage of this horrorific crime, at least in the pages of “Mediawatch.” The column was subsequently taken over by new hires and turned into a compendium of factoids about such topics as, say, who just got hired and/or fired as news director at KMSP-TV or what creative director left Campbell-Mithun last Monday to take a job at an ad firm in Chicago.

I have to admit, however, that I never did feel any anger toward Deb Hopp or her late-husband Mark, the couple who owned the Reader. In fact, only a few years later, I wrote sympathetically of their efforts to retain control of the company they’d founded when the venture/vulture capitalists they’d turned to for help when they were expanding their enterprise decided the ROI wasn’t high enough and Mark had to go.  Even as long ago as 1982, I understood that the loss of movie advertising would have proven fatal to the Reader. I understood that to continue to speak out would mean my dismissal. The choice was mine alone.

I am now bringing up what might seem like ancient history for two reasons. First, I like marking anniversaries – it’s a way of reminding ourselves of what really happened and that may be happening even now. In the case of the American press and government kowtowing to Israel and its own unregistered foreign agents, like AIPAC, things have only gotten worse.

The other reason is by way of trying to explain something to my liberal friends. Many of them are today urging me once again to shut up, but this time about the crimes, malfeasance, incompetence and sheer vacuity of the Obama Administration, citing the Chicken Little argument that a Romney victory this November will cause the sky to fall on us. Citing the equally specious argument that non-events like Obama’s empty announcement that he is in favor of gay marriage (a support that, I am willing to bet, will bear no fruit should be re-elected) are proof that he’s all that stands between us and…well, and…. Yikes, is that a chunk of the heavens beginning to collapse or a bit of thunder?

In the first place, I try to point out to them the sky has, in a sense, already fallen on us. We are, no matter who is (s)elected President this year, in the  terminal stages of American empire and quite possibly capitalism’s hegemony (or so we can only hope, on both scores).

In the second place, I must respectfully decline, on principle, to refrain from expressing what appears to me to be the truth, no matter how – what’s the operative modifier here? – ah, yes, No matter how “inconvenient” that truth might be.

In short, telling me to shut up didn’t work in 1982. It isn’t likely to work today, either.

*Photo showing a small detail of the aftermath of the massacre in Sabra and Shatila, September 16-18, 1982