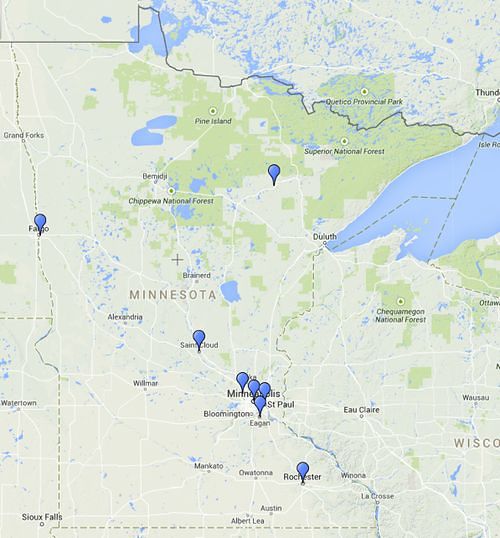 One of the most moving moments of last spring’s medical cannabis debate in the Minnesota House of Representatives was when Southwest Minnesota state representative Rod Hamilton (R-Mountain Lake), who lives with multiple sclerosis, rose to speak of his transformation from being an opponent of legalizing cannabis for medical use to becoming a supporter of the new restrictive bill.

Rep. Rod Hamilton, R-Mountain Lake, paused several times to regain his composure as he described meeting with families who support medical cannabis legislation. Hamilton has multiple sclerosis, and he spoke emotionally about why he has voted against similar bills in the past.

“Only a fool and a dead man never change their minds,” Hamilton said. “I’m proud to be a flip-flopper on this issue.”

With the release of the names of the two manfacturers and locations of the dispensaries they plan to open, perhaps it’s time to change some of the details of the plan, which leaves people in the state Senate District 22 miles from relief.

While one location where medical marijuana will be distributed is in each of the state’s eight congressional districts, officials admit it will be a long haul for some patients. In Luverne, for instance, the nearest distribution center is in St. Cloud, 199 miles away.

Luverne is in the western part (22A) of Senate District 22; Hamilton represents the house district in the eastern part (22B).

A 400-mile round trip for medicine isn’t an abstract proposition for one Luverne family. Last spring, KELOLand Television told the story of now five-year-old Luella Johnson, a likely candidate for medical cannabis to treat the rare form of epilepsy called Dravet syndrome that she lives with.

Nor are the Johnsons the only people with a family member who might benefit from legal medical cannabis. The West Central Tribune’s Ton Cherveny reports in Southwest Minnesota will lack medical cannabis distribution site:

“Why is southwestern Minnesota being forgotten about for distribution?” asks Jeremy Pauling of Montevideo, a member of the state‘s newly formed task force on medical cannabis.

It‘s a question he said he posed to fellow task force members on Wednesday in St. Paul, as Pauling made known his concerns about the lack of a designated site in this region of the state.

“That’s the fight I’m taking right now because it’s not fair to us in southwest Minnesota,” Pauling said.

Pauling’s appointment earlier this year to the task force followed his work to promote Minnesota‘s law allowing medical cannabis. Jeremy and his wife, Kristy, have a young daughter who suffers seizures due to Batten disease. They advocated for medical cannabis to ease her suffering. . .

He said his complaints about the lack of a southwestern Minnesota distribution site did not seem to generate much attention at the task force meeting. He said one of the arguments tossed against him was that it has been hard to work with communities to locate distribution centers.

Pauling challenged the claim. The communities of Montevideo and Granite Falls had both gone on record this autumn as supporting a proposal by Pauling that would have located manufacturing and distribution facilities. He is also aware that the city of Willmar went on record as supporting a proposal by another party for a manufacturing site. He told task force members that any of the three communities would work with the chosen manufacturers to host a distribution site.

Pauling is now urging patients in southwestern Minnesota who intend to obtain prescriptions for medical cannabis to speak up and let the Minnesota Department of Health know their interest in having a site in the region. The department and the manufacturers need to know that there will be the number of patients needed to support a distribution site in the region.

Here’s hoping that Hamilton and other area legislators remember the Mountain Lake lawmaker’s wide words from last spring, and act wisely to help area patients. This isn’t case for foolish adherence to a plan that puts undue burdens on sick people and their families.

Map: Locations of proposed dispensaries, via Bring Me The News’ Shaymus McLaughlin’s Medical marijuana: While some have easy access, others a long drive away.