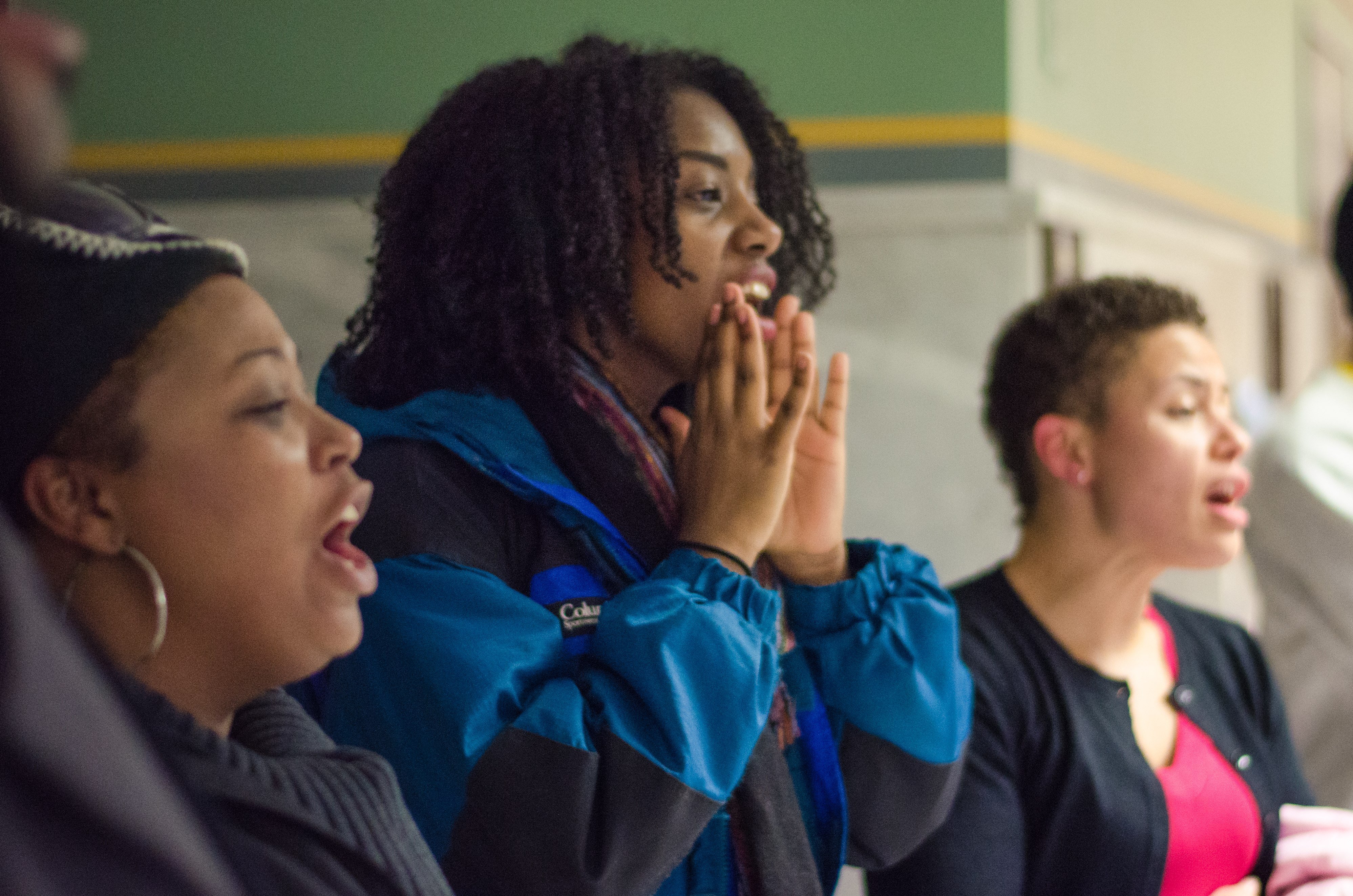 Local activists obtained a rare victory Wednesday evening after the Minneapolis City Council voted to reverse their decision to cut $225,000 from a racial equity program and a clean energy initiative — a cut deemed #Lattelevy.

But the contentious and oftentimes emotional city council meeting highlighted a fundamental and ongoing fray between city leadership and local activists, both of whom displayed intense frustration throughout the five-hour meeting.

On Dec. 10, Minneapolis City Council members voted to restore funding to the One Minneapolis Fund and the Clean Energy Partnership as well as to decrease the proposed property tax levy to 2.1 percent. In turn, they voted to cut $174,000 allocated to two new communication positions for the city.

Hundreds of activists, including some of whom coordinated the headline-making I-35W rally that reduced a portion of the Minneapolis interstate to a standstill earlier this month, flooded Wednesday’s meeting to call fault to pending budget cuts targeting the One Minneapolis Fund and the Clean Energy Partnership.

The cuts, which were drafted during a December 1, 2014 city council meeting, would have increased the Minneapolis property tax levy to 2.2 percent, slightly less than the 2.4 percent increase proposed by Minneapolis Mayor Betsy Hodges in her 2015 budget.

That difference of about $620,000 would have — on average — decreased property taxes by about $2.50 per resident according to activists. That said, property taxes can shift in either direction depending on changes in the value of a property or neighborhood.

Activists deemed that $2.50 fiscal gain “latte levy,” or the cost of a single latte, which they say some homeowners could give up in order to keep affordable housing, clean energy and racial equity programs for all. Some activists even brought paper coffee cups as props during their testimony.

“There are many ways to balance a budget but saving $2.50 for homeowners in some of the wealthiest areas of the city will be in lieu of developing leadership in your community,” said one of the over 60 community members who testified during Wednesday’s meeting.

“This is not a lot of money,” said Zoe Holloman during the public comment portion. “It’s kind of sad that we have to beg for it.”

The One Minneapolis Fund, which develops diverse local leadership and supports community engagement, was facing a $150,000 cut while the Clean Energy Partnership faced $75,000 in reductions.

“I’d like to remind a lot of councilmembers that you were voted in on a platform of racial equality and this is where you step up and act for it,” said public commenter Lena Gardner. “We need more money for racial equality, not less. So if you’re looking for somewhere to cut it, I’d encourage you to think about cutting it from the police because we need better solutions.”

Councilmembers recessed after public testimony to the voices of activists chanting “No equity, no peace!” in the hallway. Soon, activists descended back into the chambers.

Warsame, who previously voted in favor of the cuts to One Minneapolis Fund and the Clean Energy Program, called the recent criticism toward him “insulting” and “unacceptable.”

“In the heat of the moment it is easy to point fingers, to blame and to label people as being against equity, to being against myself,” Warsame said to the crowd. “It’s insulting that you say you are more black than I am, that you care more about black lives than I do.”

Hisses and yells echoed from the crowd in response.

“You turned your back on us!” one man yelled from the back of the room.

Hodges, who remained relatively reserved throughout Wednesday’s meeting said in a statement, “Overall, this is a great budget. The investments that we are making in so many areas are significant steps forward for equity and growth in Minneapolis.”