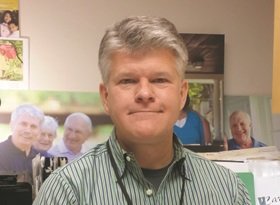 UCare Wednesday (Nov. 12) ordered its advertising agency to pull current and contracted advertising from KSTP-TV in protest of a KSTP news feature about a photograph that the station said showed Minneapolis’ Mayor Betsy Hodges swapping gang signs with a young Black man.

UCare is an independent, nonprofit health plan providing health coverage and services to more than 450,000 members in Minnesota and western Wisconsin.

Ness said UCare leaders viewed the report as inaccurate, harmful and damaging to UCare customers, employees and to the community at large.

“We don’t want our brand associated with activity that denigrates an entire community which includes our members and employees,” said Ness.

UCare serves more people from diverse cultures and more people with disabilities enrolled in Medical Assistance than any other health plan in Minnesota.

In partnership with health care providers and community organizations, UCare works with consumers who are seeking health coverage through MNsure, the new insurance marketplace, with Medicare-eligible individuals, with individuals and families enrolled in Minnesota Health Care Programs, such as MinnesotaCare and Medical Assistance, and with adults with disabilities.

Students at Augsburg College in Minneapolis Thursday, protested an appearance by Stanley Hubbard, chairman of Hubbard Broadcasting, which owns KSTP.

“If he wanted an apology to be issued, it’s pretty clear that an apology would be issued,” Kennedy told MPR. “So this is an attempt to tell KSTP and Hubbard Broadcasting that this isn’t going away.”

Insight News called Hubbard Broadcasting to get comment on the UCare decision and was told someone from the sales department would respond to our inquiry.