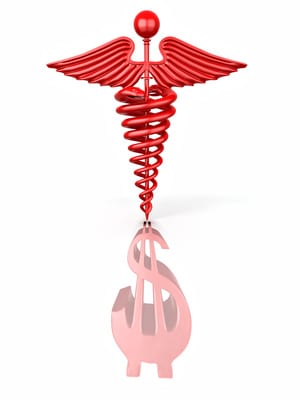 UCare’s March 16 announcement that it will  give back $30 million to the State of Minnesota came amid mounting criticsm of state payments to HMOs. Why the payback?

It’s “the right thing to do,” said UCare president Nancy Feldman. Governor Mark Dayton called on other HMOs to follow UCare’s lead. Critics of HMO contracts with the state said it was not enough.

TakeAction Minnesota, a consistent critic of the current managed care contracts with the state of Minnesota, welcomed what it characterized as  “UCare’s willingness to begin to pay back excess health dollars to the state,” but warned:

A one-time fix is not the same as a permanent fix to an ongoing problem. The four largest recipients of state dollars for low-income health care — Medica, Blue Cross Blue Shield, HealthPartners and UCare — have combined reserves of $1.25 billion dollars.

The inside scoop on managed care and Minnesota’s money

Minnesota’s got health problems, says Dave Feinwachs, former general counsel for the Minnesota Hospital Association. Where does it hurt? Right in the pocketbook, as taxpayers pour $3 billion a year into HMOs without adequate oversight or accounting for costs and services in the state-funded Prepaid Medical Assistance Program (PMAP.) “It’s a black box,” said Feinwachs in a presentation he recently posted on Vimeo (below.)

According to Feinwachs’ video, the most profitable of all of the Minnesota HMOs’ operations is the state-funded PMAP. Last year, the HMOs’ commercial operations (private medical insurance) reported incomes that ranged from negative numbers to around three percent. The state program, on the other hand, made profits of 6-12 percent.

Managed care plans from Health Maintenance Organizations (HMOs) provide coverage to more than half a million of the Minnesotans who receive state-paid health care.(The alternative to HMO coverage is fee-for-service coverage.) Unlike the other four licensed HMOs, UCare serves only low-income and special-needs individuals on public health programs and seniors on Medicare, and does not offer private, commercial insurance coverage.

The audit argument
State Senator John Marty made the same point that Feinwachs makes in the video:

Instead of trying to learn whether the HMOs were spending money appropriately, the state brushed aside concerns and continued turning more public business over to them.

Despite two Legislative Auditor reports calling for greater scrutiny, DHS has not conducted any audits. …

Unlike all other parts of the budget, these contract holders are not required to use the standard “GAAP” (Generally Accepted Accounting Principles) that businesses, accounting firms and other government agencies use. And the system is rigged in a manner that whatever the contractors spend, the state will pay the bills.

In response, UCare CEO Nancy Feldman claimed it is inaccurate to say that there is no oversight. She said HMOs are audited annually by the Minnesota Department of Health-the government agency that pays them $3 billion annually to run the managed care program, and that they already file plenty of reports:

… our 2009 IRS Form 990 and Executive Compensation; 2009 Statement of Revenue, Expenses, and Net Income; and the most recent financial examination by the Minnesota Department of Commerce. Also, we are required to file an annual audited financial statement with the Department of Commerce that is available for free downloading on the web site of the National Association of Insurance Commissioners.

Feldman is correct when she says that there are audits being done, but the “audits” are problematic. Minnesota Department of Health both outsources the managed care program to the HMOs and also “audits” them. That’s not a third-party audit, and it is not done according to accepted auditing standards.

The Department of Commerce’s role is unclear as well. According to state law, the DoC oversees insurance companies to ensure their solvency so that shareholders and policyholders can get their dues.

Although HMOs are non-profits, they do make money over and above expenses: profits. They take the profits they make and put them into a reserve account-a “rainy-day” fund, which they are required by law to have. But in Minnesota, HMO reserves are 2.5 times what the law requires-about $1.25 billion. The interest earned by those accounts goes to the HMOs, not to the state.

Savings—or not
The Department of Health does not engage in competitive bidding. Every insurance vendor that wants to administer public programs is allowed to do so. They are not required to submit proposals that specify how they will maximize service for the least cost. In fact, he says, the state’s own filings report that there have been no verifiable cost savings since the HMOs took over managed care.

In fact, a subdivision was quietly added to the Minnesota health care statutes at the end of 2010 stating that the administrative rates for HMOs must meet generally accepted principles for a standard called “actuarial soundness.” The way HMOs describe actuarial soundness is that nothing can ever reduce the administrative rates HMOs receive for their services, and that the only way to reduce health care spending is to reduce the number of individuals enrolled or to place limits on the amount of care they receive. According to the General Accounting Office of the federal government, and to the American Society of Actuaries, no such generally accepted actuarial soundness principles exist-and if they did exist, they would state the opposite of what the HMOs are proposing.

Said Feinwachs in a recent telephone interview: “If the IRS wanted to audit you, they would force you to produce documentation. The auditors call up the HMOs and the HMOs say, ‘You can trust us.’ Why would they lie? I can think of about three billion reasons.”