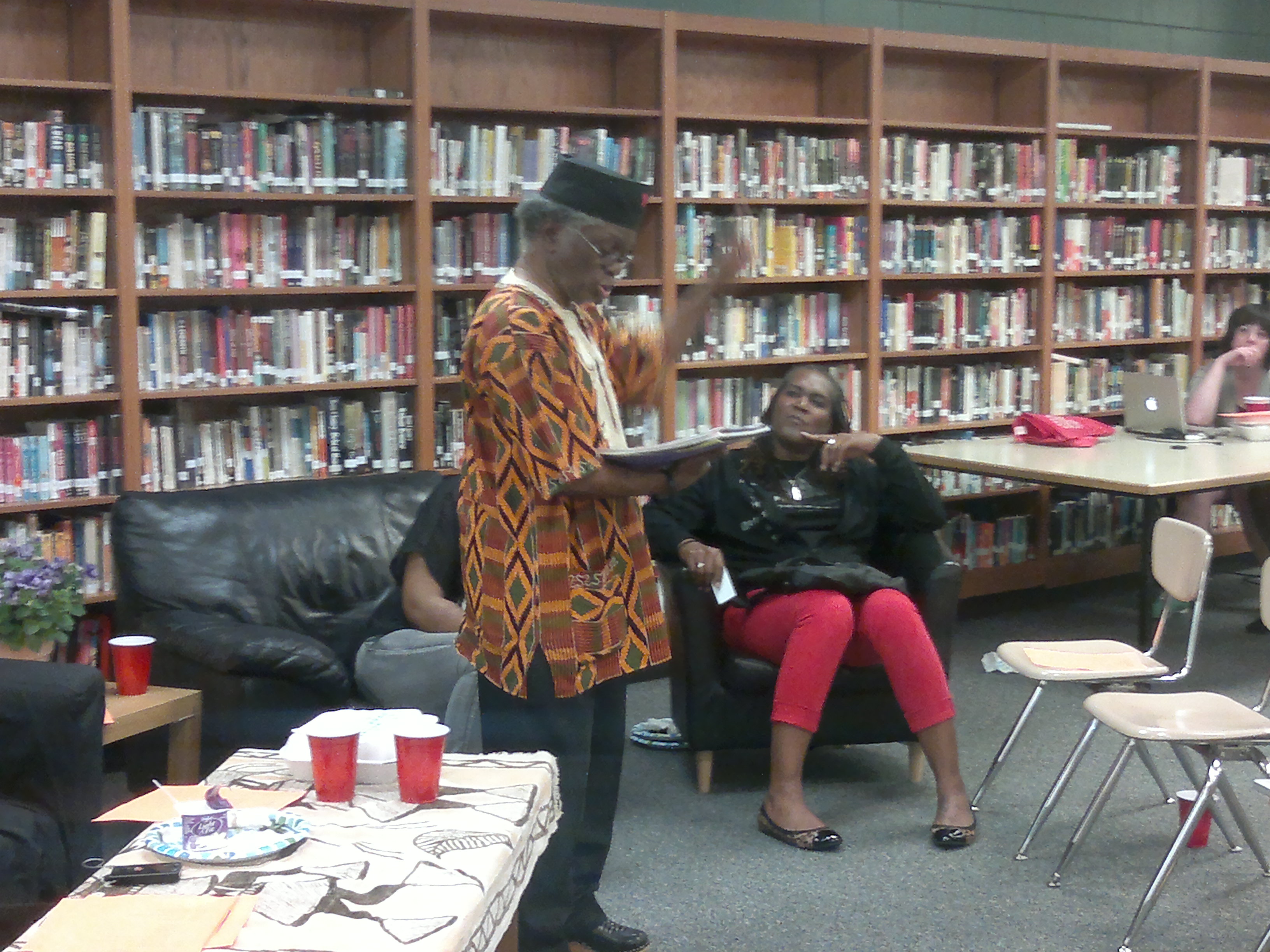 The energy and sense of community were palpable during an open, “straight talk” session at South High School for African and African American community members last week. Titled “Ubuntu! Storytelling Across the Boundaries of Nation, Culture and Ethnicity,” the panel discussion and community dialog covered much ground.
Some of the topics discussed include: racism, migration histories, complex identities, in-group racial tensions, and the struggles of the black diaspora in the Twin Cities and beyond. The purpose of the discussion was to create a space for people of African descent to find creative ways to work together across ethnic, cultural, and national difference.
The audience enjoyed food catered from local African restaurants while the panelists tackled complex subjects through storytelling.
The diverse panelists represented different generations: Flamingo restaurant owner and women’s advocate Shegitu Kebede, Malanna Fields, artist and policy advocate Andrea Jenkins, local journalist and editor Lolla Mohammed Nur and community elder Dr. Mahmoud El-Kati. The panel and audience were made up of diverse members of the African, African American, and other communities.

The Straight Talk session was organized by Zenzele Isoke, University of Minnesota professor of Gender, Women and Sexuality Studies (GWSS), and the Black Feminist Praxis Project Team. It is also a collaboration with the Obsidian Art’s “Blacker the Berry” Project featuring Sha Cage and the GWSS department.

“Together, in collaboration with South High School, we are creating a dynamic space in which we can learn each other’s histories as well as sketch ongoing ways that diverse people of African descent can learn to work together to confront racism, violence, and social alienation in the Twin Cities,” said Dr. Isoke.

The “Straight Talk” session was an opportunity to have an intergenerational, community-centered conversation about diverse experiences of blackness in the Twin Cities. The event started with a libation, a ritual pouring of water as an offering to a spirit, as a way of celebrating those who have passed, facilitated by Dr. Mahmoud El-Kati. After the ceremony, local spoken word artist Tish Jones presented a riveting poem about the lack of justice and access to basic human rights for the black diaspora community.

Panelists discussed their family histories of how they came to live in the Twin Cities, and how their understanding of blackness has shifted from the time they first came to the Twin Cities until now. They also discussed the intersectionalities of oppression people of color face, such as how the combination of one’s race, gender, sexuality, geographic origin, citizenship status, and religion can impact the treatment received from those outside of one’s community.

The conversation ended with ideas of how to move forward as a community to confront common struggles faced by the African and African American communities.