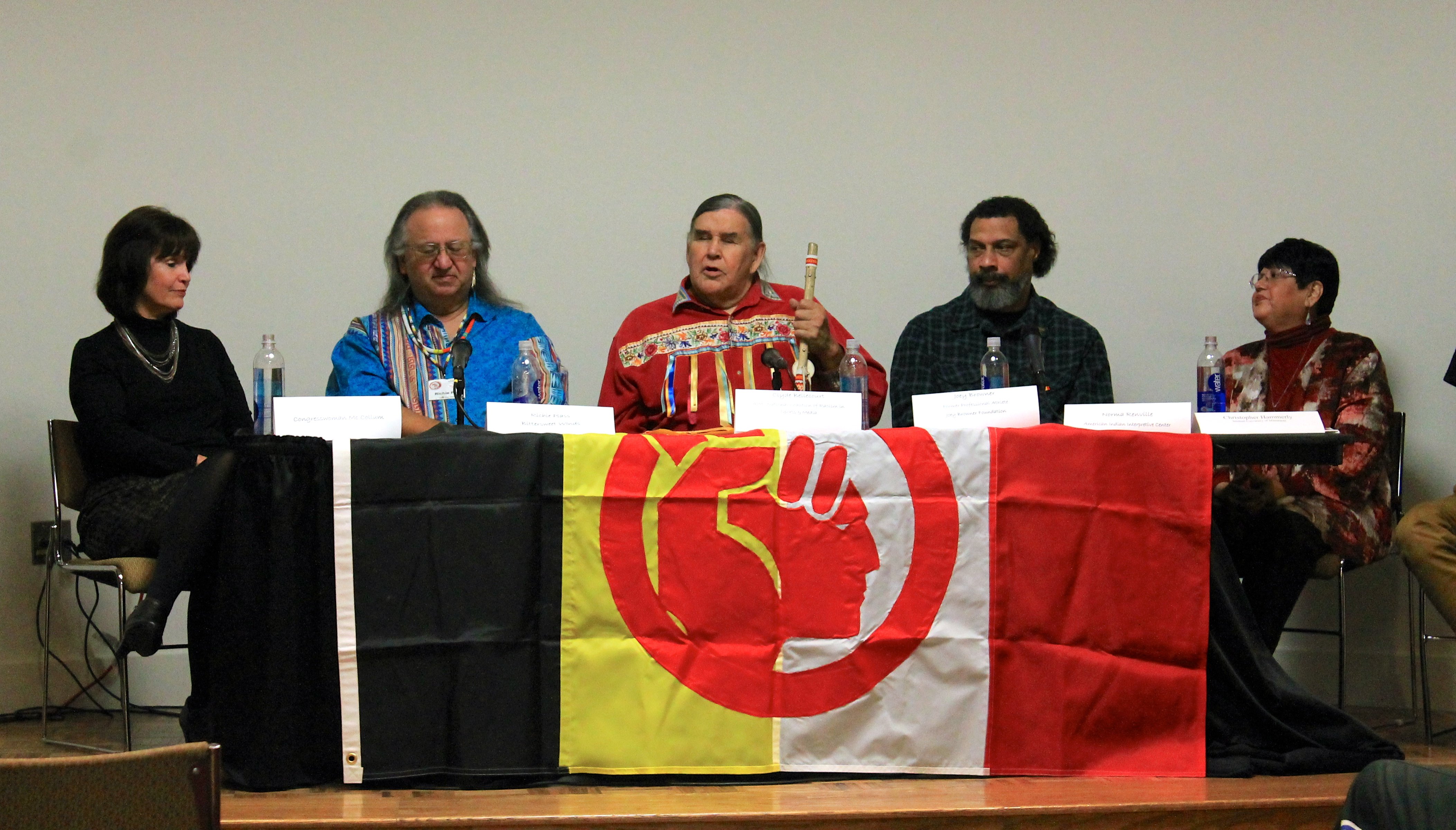 On November 5, the University of Minnesota hosted a symposium on race in sports and media for a more in-depth discussion of the issues surrounding the controversy over the Washington football team’s derogatory “Redskins” nickname. Speakers including AIM’s national leader, Clyde Bellecourt and U.S. Congressmember Betty McCollum, highlighted the impact that Indian caricatures have beyond a simple derogatory nature.

“The issue is not whether the appropriation of Indian names and images is offensive.” said Bellecourt in an earlier statement. “The greater issue is the substantial damage indigenous sports names and mascots do to Indigenous children.”

The larger issue AIM hopes to address is the effect caricatures like the Redskins logo have, not only on society’s perception of native people, but on native people’s perception of themselves. Bellecourt pointed to the reaction of young children upon hearing common game-time chants like, “massacre them” or “scalp them.”

“I knew we were native people but I never really knew what that meant,” said 21-year-old Chris Hammerly, the symposium’s youngest panelist. “When I was growing up, it meant what I saw on television, it meant playing football and seeing a Redskin on the ball,”

“When people look at me, they don’t see a native person, because they expect to see some character, something like the Redskin logo, or Squanto, or the Fighting Sioux,” continued Hammerly.

The decision to continue using the nickname has drawn an increasing amount of criticism from public officials, advocacy groups and even the sports media, although at this point, there doesn’t seem to be much that can be done outside continued public pressure.

Over the last month requests were made by AIM, members of the Minneapolis City Council, Congressmember McCollum and the ACLU for the Metrodome and media outlets to refrain from displaying the team’s name and logo during the game.

In response to criticism, Vikings and Metrodome authorities deferred to the NFL.

Bellecourt did indicate that AIM would be pursuing legal action on the behalf of native children hurt by the use of the caricature, but provided no further information.

In response to the Minnesota Sports Facilities Authorities decision to allow the use of the franchise’s nickname inside the Metrodome and on scoreboards, AIM has planned a march to the Metrodome followed by several speakers and presenters during the November 7 game.

Protesters plan to march from the Ancient Traders Market parking lot on Franklin Avenue to the Metrodome around 4:30 p.m. to listen to Congressmember Betty McCollum and Olympic Gold Medalist Billy Mills, as well as other speakers, and drum and dance performances.

If you, or anyone you know has a story they would like share about how they have been negatively affected by derogatory caricatures, or a comment about how you feel about the nickname controversy, please let us hear them. Contact Ben Markhart at bmarkhart(AT)hotmail(DOT)com.