NACDI’s board of directors has been seeking a new president and CEO since that organization’s founder, Justin Huenemann, departed earlier this year. DIW has been involved in a similar search process. Its board had set a goal of having a new executive director hired by year’s end. 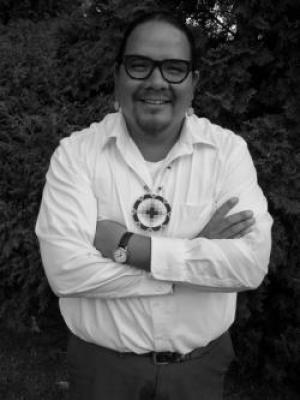 Robert Lilligren, Minneapolis City Council vice president, serves as NACDI board chair. He praised Bad Heart Bull as a “strong, dynamic leader,” and “a young, positive member of our community who has the skills and experience to take NACDI to the next level.”

In announcing the selection of Park, Noya Woodrich, president and CEO of the Greater Minneapolis Council of Churches, cited Park’s “stellar” organizational management and fundraising abilities. Woodrich added that Park, “is already well-respected and connected in the community.”

Since 2009, Jay Bad Heart Bull, a member of the Oglala Sioux tribe, has been serving as Vice President of Little Earth of United Tribes in Minneapolis. Bad Heart Bull is also a writer and poet, who has participated in the Loft Literary Center’s Native Inroads program. 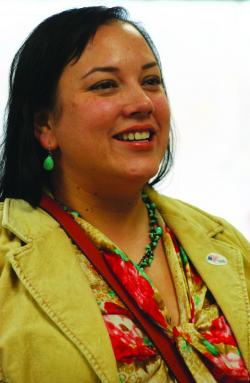 A lawyer from the Cheyenne River tribe in South Dakota, Patina Park has been a child welfare project coordinator with the Ho-Chunk Nation Department of Justice and has developed strong connections in Hennepin County, and with Minnesota tribal communities.

NACDI is perhaps best known for the development of the American Indian Cultural Corridor on East Franklin Avenue. It manages All My Relations Gallery, and is charged with implementing the American Indian Community Blueprint, a document that defines a vision for the future of the urban American Indian community of the Twin Cities. The Blueprint is said to be the first of its kind in the country.

DIW’s mission is to empower American Indian people through culturally based education, counseling, advocacy and leadership development. It does this in four program areas: Healing Spirit, Health Services, Strengthening Family Circles, and a Youth Leadership Development program. DIW is an important part of the work of the Greater Minneapolis Council of Churches, a human service nonprofit that also serves seniors, families, and youth.

The Twin Cities Daily Planet hopes to feature Q & A’s with Bad Heart Bull on work and employment issues, and with Park on education in the near future.