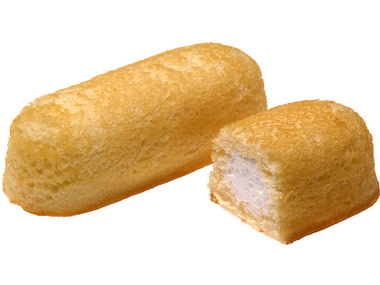 The Twinkie has been locked out by management. First, we had the American Crystal sugar processing workers. Then, pro hockey players. And, earlier this fall, the St Paul Chamber Orchestra and Minnesota Orchestra musicians. I see a pattern.

A great many management failures are laid at organized labor’s feet. The Hostess baking company’s recent collapse is only the most recent example. Blaming the bakers union is a weak cover-up of a poor business strategy. Forty years of successful conservative anti-working people, anti-government, anti-community messaging makes faulting workers the neat, easy narrative go-to. But, that doesn’t change the fact that the narrative is wrong.

The Twinkie and its related highly-processed, shelf-stabilized, genuinely not-good-for-you related product lines is a declining market. There’s no growth, just contraction. This has been the case for thirty years. The 1965 Corvette was a beautiful car but you’ll notice that General Motors isn’t trying to sell newly manufactured 50-year old autos. Why should the Twinkie be any different?

The Hostess brand collection has endured no fewer than two bankruptcies in the past decade. A revolving door of management teams and the frequent involvement of financing fee-hungry “turnaround” investment specialists strongly suggest that consumer engagement, responsible leadership and share-holder interests were the least important factors to corporate management. But, no one is blaming the folks that took their high salaries and stock-options, cashed in through refinancing schemes, while the company and brands continued stumbling. Instead, the blame is placed on modestly compensated, living wage employees.

Lastly, consumer tastes change quickly. We eat a lot of stuff that isn’t fundamentally good for us. Blaming the Twinkie as an out-dated snack cake in a live-healthy, eat-your-organic greens world is a misleading criticism. As much as I love my consumer supported agriculture produce grower’s weekly box of veggies, it represents a very small slice of the food market. People buy more processed, packaged foods than they buy, for example, free-range chickens. So, why are we blaming labor unions?

Faulting labor for the Twinkie lock-out is like blaming a lumpy living room rug hiding a host of problems for being lumpy. It purposefully ignores the real problems in favor of scape-goating. That’s the true lesson for business leaders, policy leaders and all Minnesotans. Instead, address the real issue. Free workers. Free the Twinkie.