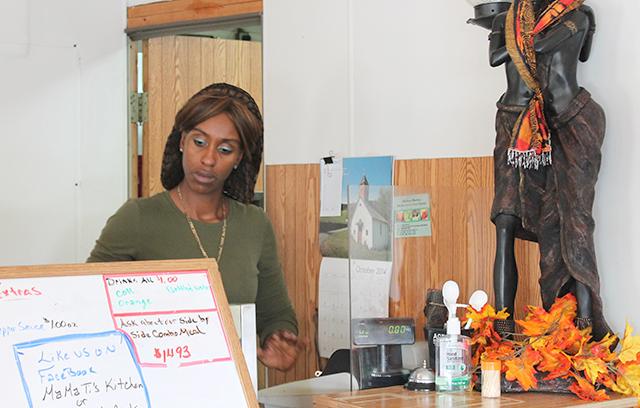 Kellita Whisnant, owner and operator of Mama Ti’s African Kitchen in Brooklyn Park, has been calling her father in the Ebola-battered Liberia several times a week for the past two months — all to no avail.

“I don’t know if he’s sick and can’t touch the phone,” Whisnant said. “But I hope and pray that he’s well.”

As the unprecedented Ebola outbreak continues to sweep through West Africa, thousands of immigrants in Brooklyn Park and Brooklyn Center — home to one of the largest Liberian communities in the country — are living under a cloud of fear and uncertainty for loved ones back in their native countries.

The virus has so far killed more than 3,000 people in in Liberia, Guinea, Sierra Leone, Nigeria, and Senegal, with over 6,500 cases probable, confirmed, and suspected, according to the World Health Organization.

“For me, it’s an eye opener to see what people are going through during these hard times,” Whisnant said. “You put away everything else; and it’s about compassion, it’s about wanting to help, wanting to pray for your brothers and sisters out there.”

And in Brooklyn Park, Whisnant faces another challenge, which she said might cut short a longstanding dream to sustain her 3-year-old restaurant: Some of her American customers are fearful and anxious about contracting the virus if they eat at the restaurant.

She said, “People tell me: ‘You’re not going to see us around for sometime until this Ebola thing stops. My household is leery about eating from the restaurant because we’re not sure if we can contract the disease.’”

So Whisnant has recently begun fighting these misconceptions through social medial and other platforms to assure customers that her restaurant is safe. “Ebola is happening in some countries in West Africa,” she tells customers. “A few people have crossed over and entered America for treatment. It does not mean that people, Africans especially, who are already living in America have Ebola. I work in an African restaurant in America, so I have to follow food-handling procedures according to city and state guidelines.”

This summer, about nine organizations in Minnesota banded together under the umbrella of Minnesota African Task Force Against Ebola, which aims to provide educational resources to deal with the Ebola outbreak in West Africa — and to dispel myths about the disease. The group also aims to combat the fears, stigmas and stereotypes toward West African communities in the Twin Cities.

“Ebola evokes fear,” said Wynfred Russell, a Liberian leader who serves on the task force. “There are a lot of rumors and myths about Ebola in the community … We’ve seen a number of people … who don’t want to associate with Africans because of the belief they have of Ebola. Even though they have not been to African for many years, people are avoiding them.”

The task force uses email lists, social media, text messaging and other communication platforms to raise awareness about the virus and its spread. The task force has also put together educational materials about the Ebola virus to local schools and colleges with large populations of West African students, information that outlines the Centers for Disease Control’s assessment that there is a minimal risk of Ebola coming to Minnesota.

‘Do not go to West Africa now’

With Minnesota housing the largest Liberian population the country, there are frequent travels between the Twin Cities and Liberia. But the task force is now discouraging travels to Liberia and to other Ebola-infected countries.

“We’re telling folks, ‘don’t go back to West Africa now’” Russell said. “If you don’t have any essential reasons to go back, there is no reason for you to go back right now. You can wait.”

The task force is also encouraging those arriving from Africa to seek medical attention immediately if they’re sick. Leaders are telling them not to hide or lie about their health conditions. 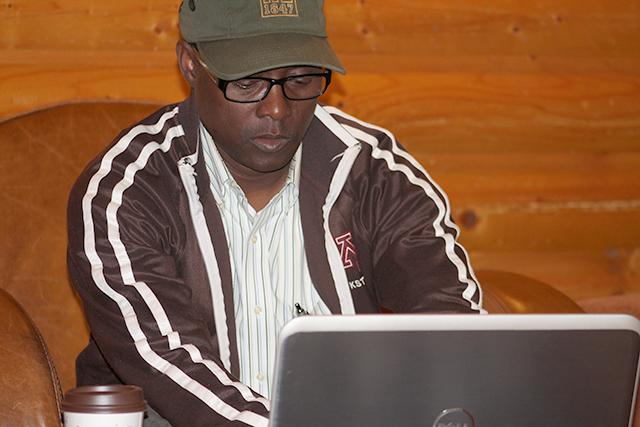 Wynfred Russell: “We’ve seen a number of people in the mainstream community who don’t want to associate with Africans because of the belief they have of Ebola.

Patrick Sawyer, brother-in-law of Russell’s wife, is the first American citizen who died of Ebola. Sawyer, who died in Nigeria on July 25, had been commuting to Liberia for the past six years, working as a consultant for Liberia’s Minister of Finance, while living in Coon Rapids with his wife, Decontee, and three daughters.

Meanwhile, Thomas Eric Duncan, the first patient to be diagnosed with Ebola in the U.S. is being treated in an isolated ward at Texas Health Presbyterian Hospital in Dallas. The health condition of Duncan, a Liberian who was visiting family in Dallas, downgraded from serious to critical Saturday afternoon, health officials told reporters.

CDC Director Thomas Frieden told reporters that Duncan’s Ebola case is unlikely to spread in the U.S. “It is certainly possible that someone who has had contact with this patient could develop Ebola, but there is no doubt in my mind that we will stop it here,” he said last week during a press concurrence.

But in many parts of Africa, the virus continues to spread faster than efforts to control it mainly because of the poor health care system in the region, lack of isolation wards and inadequate infection-control equipment to avert the spread of the virus.