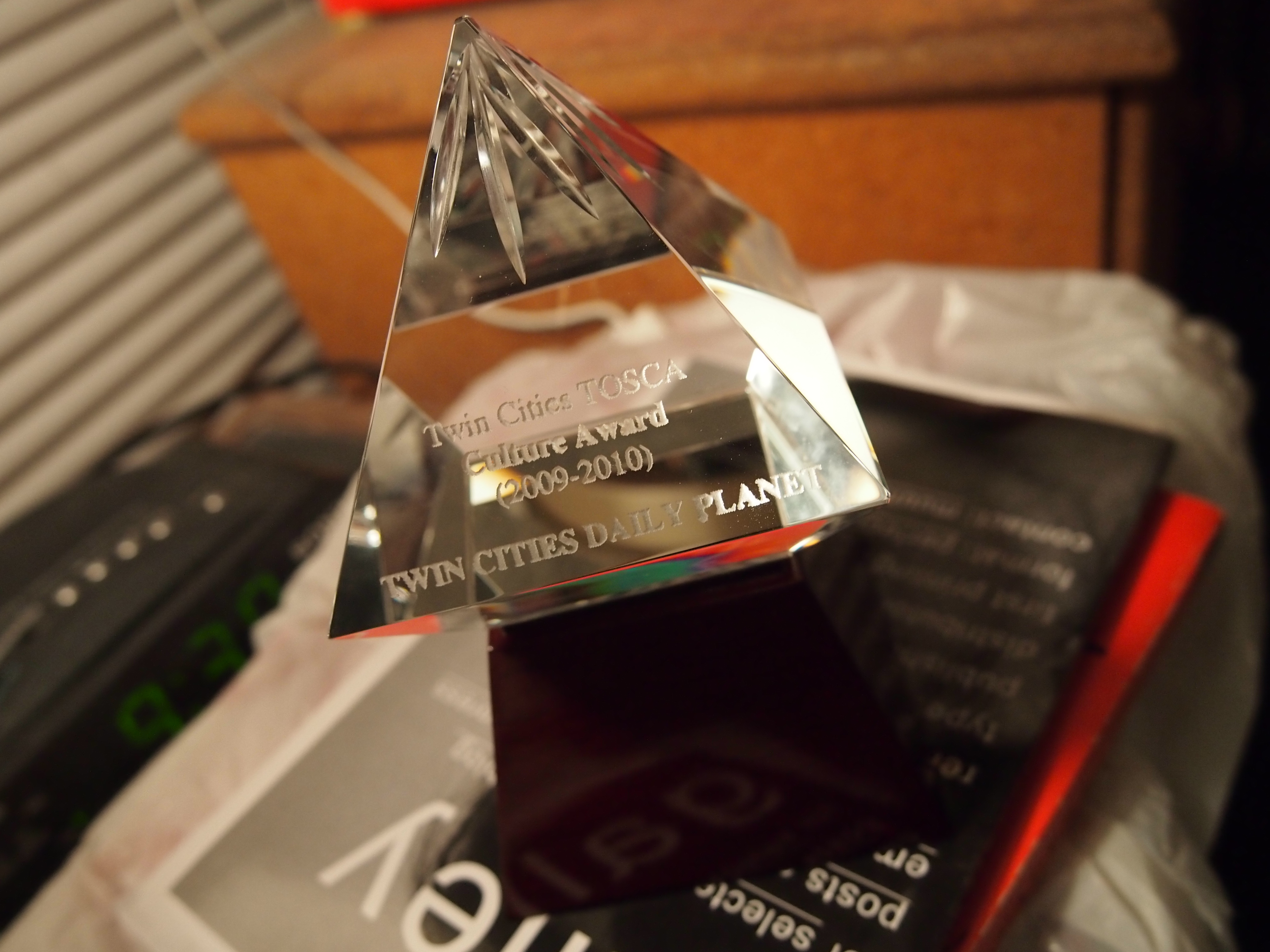 On Thursday night, Twin Cities Media Alliance executive director Jeremy Iggers and I were on hand at the Nina Bliese Gallery to accept a TOSCAR award from Exploring TOSCA publisher Gail Weber. TOSCA is an acronym for Theater, Opera, Shakespeare, Culture, and Art, and about every year, Weber chooses one individual or organization in each of those five categories for recognition with a TOSCAR.

In accepting the award, I thanked Weber and all our competitors for helping to keep Twin Cities artlovers informed (“Exploring TOSCA has no competition,” Weber semi-jokingly noted in response) as well as Jeremy (who texted me just before I was introduced, reminding me to mention our Theater All Year discount ticket program), Daily Planet editor Mary Turck, the foundations and individual donors who support our nonprofit mission, and the dozens of citizen journalists who contribute to our coverage for little or no pay because they are passionate about the arts. This award truly belongs to them—and to you, the readers who make it all worthwhile.