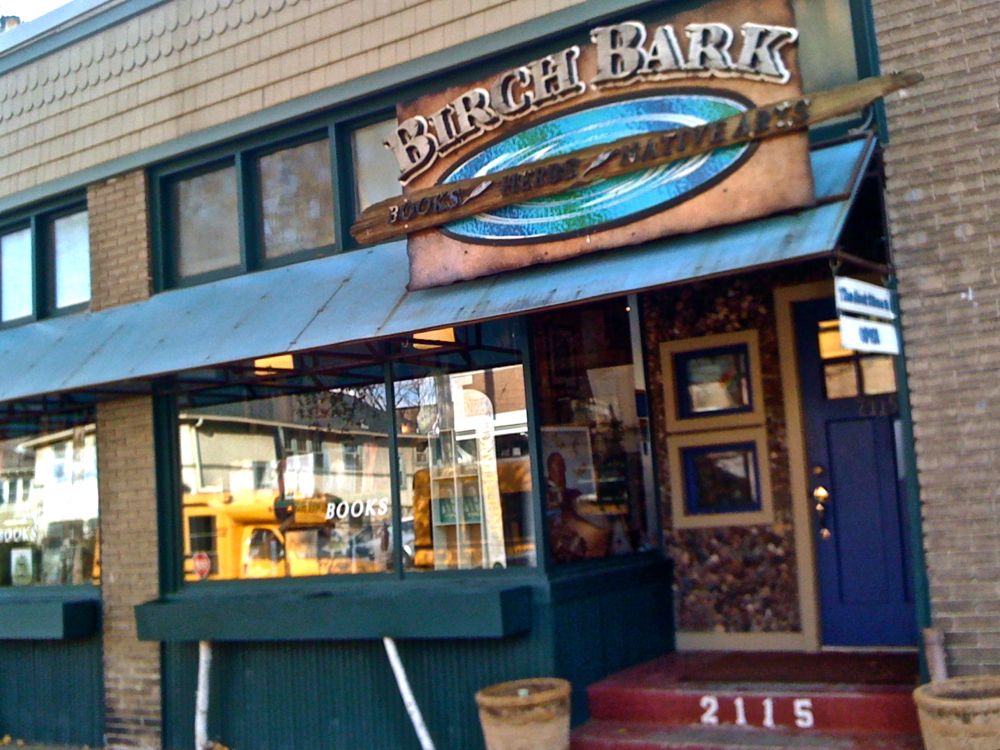 The day after Thanksgiving is Black Friday, a day that retailers hope will help them turn a profit, putting them in the black. For years, stores have opened early and offered sales and deals to entice shoppers. This year, big retailers in the Twin Cities such as Target, Best Buy and Macy’s are raising the stakes by moving the stores’ opening hours from 5 and 6 a.m. to midnight, increasing the creep of consumer activities into days typically reserved for family gatherings and a break from business as usual.

“I’m a single parent and head of household for my family. I don’t have a lot of money to spend at the holidays and when I do spend money, I want to know that it is going to help someone like me and that it will empower those in my community,” says Patricia Teefy of St. Paul. She, like many Twin Citians, is thinking about the best way to spend her money.

For Teefy and others, buying locally means bypassing multi-national businesses in favor of spending their dollars for locally produced goods and services. Buying locally can be a challenge on several fronts. It is often cheaper to buy goods produced overseas and there are many things that are just not produced locally. If you are buying gifts for children this season, you’ll know what I mean (digital booty). Additionally, even multinational businesses play a role in local economies and there are arguments to be made about supporting their efforts to be responsible players in the communities they serve.

Still, the Buy Local movement is attractive and strong in the Twin Cities, according to Mary Hamel, executive director of the Metropolitan Independent Business Alliance (Metro IBA). The nonprofit organization works to support locally owned, independent businesses in the Twin Cities. Hamel says that two and a half years ago there were only 30 IBAs in the U.S. “Now there are over 70 with five times as many members, “ she says, “ It’s much stronger and there’s greater interest than ever.”

She’s aware that people want to be careful with their money during the holidays. “I know of more and more families who are downsizing Christmas. In my own family we draw names and exchange a ‘book or a bottle’” She adds, “People should know that their choices make a difference.” Local businesses make a difference to consumers by offering more personable and personalized service. Hamel also wants to get the message out that, “if Twin Cities consumers shift even 10 percent of their spending from chains to locals for one day, the Twin Cities economy gains some two million dollars.”

Carol Bromer and her husband decided to buy locally when they needed a new grill. They went online to compare grill features and prices. They picked out the perfect Weber and headed for their local hardware store, Jerry’s at Miracle Mile in St. Louis Park. They paid a higher price by buying local but according to Mrs. Bromer, but there were a number of incentives. She says, “We liked the one-stop shopping and staff that greet you and walk you through their merchandise. They [Jerry’s] brought it to our home and set it up, placed it where we wanted it and took the old grill away for no extra cost.” In addition, they were pleased to learn that they would take apart the old grill and recycle it for scrap metal.

Psychologist Christie Manning, who teaches at Macalester College, said, “Buying local is a better choice, usually, because of who it makes you into.” She explained, “When we think about buying ethically, we wonder if it is better to buy American made tee-shirts or less expensive ones from a country where we don’t know about the working conditions. Who should get the money? Are we just perpetuating the corporate system? What’s the right thing to do? When we buy local, we can see that our purchasing power has an impact on someone.” She believes that having a connection to a place and a person, someone you can shake hands with and relate to makes a difference. That’s where ethical behavior for people starts, “knowing that their buying has an impact on someone else.”

Sociologist Deborah A. Smith, who also teaches at Macalester College, pointed out that it’s a challenge to know whether it is a better choice or not, “We are unaware of all the ways that our buying choices ripple,” She said that the topic can seem so complex it becomes too much to think about.

Manning and Smith agreed that the conversation is one that should be broad and ongoing. Smith said, “How do we collectively answer the question, is it better to buy local? I want to see more conversations; even those of us who study this wonder, can we answer this?”

The conversation has been taken up recently by a group of Twin Cities artists and journalists who recently launched Financial Engagement: A Public Thing,
a self-described “open platform for frank discussion about the state of our economy and issues of personal finance.” Their first event took place on Peavey Plaza on Bank Transfer Day, November 5.

The result of the conversations on the plaza that day is a newspaper. According to editor Sarah Peters, the paper will contain articles about “understanding the Occupy movement; having an underwater mortgage; growing up in poverty and making a creative career; being inspired to ask deeper questions about community prompted by these increased public conversations about money.”

The paper will become available on Thanksgiving night when participants plan to pass out newspapers at area Best Buy stores where people will be standing in line to shop. Peters points out, “This is not an action to shame or provoke people waiting in line. We’re interested in using the Public Thing newspaper to start alternative conversations about what ‘ritual’ means to people and to create an open space to talk about economic interdependence.”

The good news is that the Twin Cities has an array of local businesses selling locally made products. Mary Hamel of Metro IBA recommends that shoppers start with their newly launched website, and their Buy Local/Buy Smart guide.

Hamel also suggests visiting some of the neighborhoods that are hot spots for local gift shops such as the Northeast River District in Minneapolis, which includes shops near Hennepin and University, such as the Bibelot Shop and I Like You (where 95 percent of the clothing and gifts are produced locally) and along 13th Avenue in the Northeast Arts Minneapolis Arts District. In St. Paul there are shops in St. Anthony Park and along Grand Avenue, from Crocus Hill to Mac/ Groveland.

Many neighborhoods off the beaten path have their own local shops. Birchbark Books nestles in a quiet corner of the Kenwood neighborhood. It is a locally owned bookstore that specializes in American Indian books and gifts, such as jewelry, art and wild rice gathered and processed in the traditional way on the Leech Lake reservation.

Susan White, manager of the shop, likes to say, “We also offer a respite from all things hectic.” The shop is rarely crowded and is much visited by neighbors and newcomers alike who come to browse and rely on White’s warmth and skill when it comes to recommending books.

The book selection includes few NYT bestsellers, instead favoring books that reflect local tastes and concerns. Nate Pederson, book buyer, described how the staff recently gathered to discuss how to make their work more meaningful. Louise Erdrich, the store’s owner, shared her thoughts about efforts to stop the Keystone Pipeline and other indigenous environmental issues. “We decided to develop a section of books that are a resource on the topic,” says Pederson who created the new book section titled, Green and Transition.

In addition to a selection of books that is both global in its concern and uniquely local with its emphasis on American Indian literature (the store has a section devoted to language revitalization titles in Ojibwe and other regional tribal languages), the store is a gathering place for people and ideas, frequently coordinating with neighboring Kenwood Café, Bockley Art Gallery and Kenwood Elementary School across the street. The shop hosts readings and a monthly book club and promotes the work of local artists (some are on staff as booksellers).

Not above the fray, Birchbark Books will be open on Black Friday and will host a reading by local storyteller Kevin Kling. He is promoting his new book Big Brother, Little Brother, the story of how a big brother feels when his little brother grows bigger than he is.