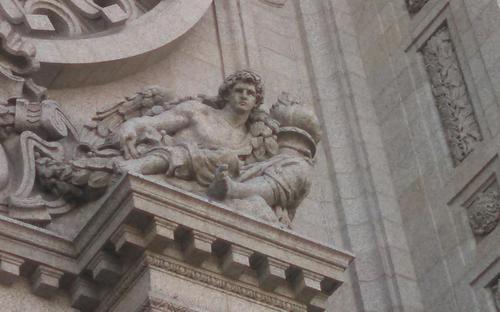 Street art can take lots of forms. Mostly I’m interested in murals and graffiti but for years I’ve walked up and down Summit Avenue in St. Paul thinking someone should take a picture of all of these statues. The art of Summit Avenue is there to stay, which makes is a different breed from the more fragile street art forms. Sometimes it represents an investment in art that was made generations ago; sometimes it’s a more current investment that I’m sure will be around for generations to come. It’s personal expression for the well-heeled. The tone and topic are for the most part different. Summit Avenue does not celebrate ethnicity or politics or community-created art. It celebrates lions and religion and sometimes community-funded art. But mostly it celebrates lions. (There must be 10 homes with lion statues!) 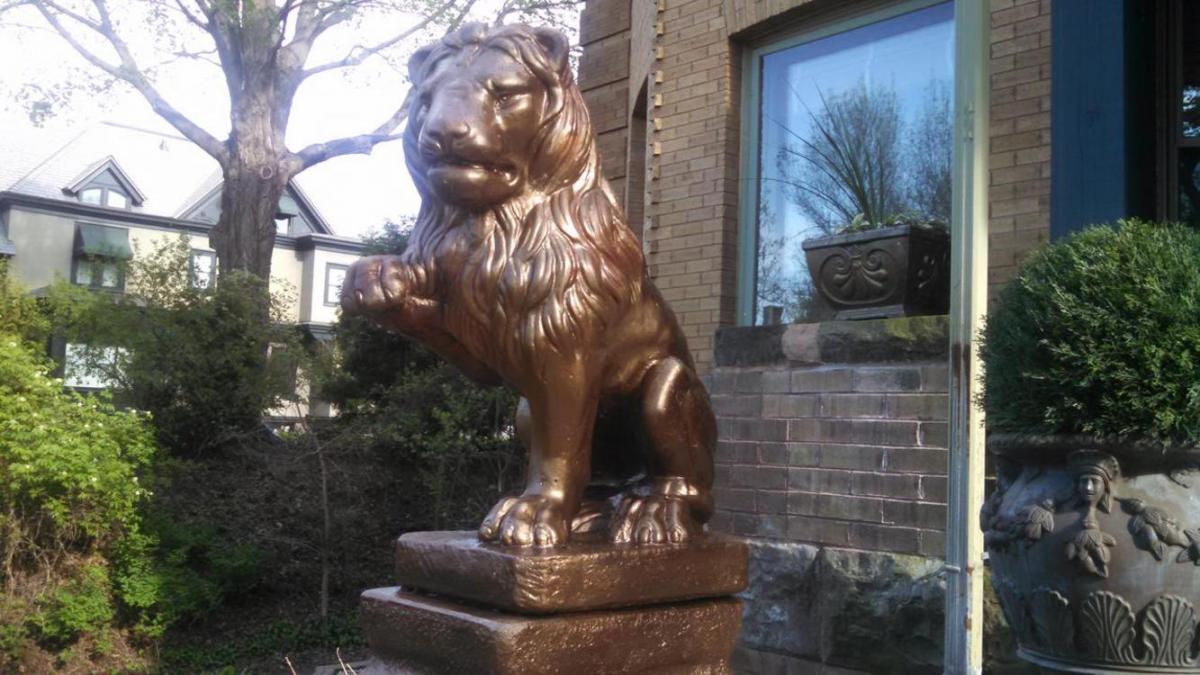 Summit Avenue is stately homes, places of worship and schools – generally associated with places or worship. I walked from Fairview (near my house) east to the Cathedral and back west to the Mississippi to the Monument. Having grown up in the area, I’ve spent a fair amount of time hanging out there and I had always assumed the Monument was part of St Thomas. As I type it, it seems obvious that it’s a World War I memorial. The view from the Monument is gorgeous; the Monument itself isn’t bad either. 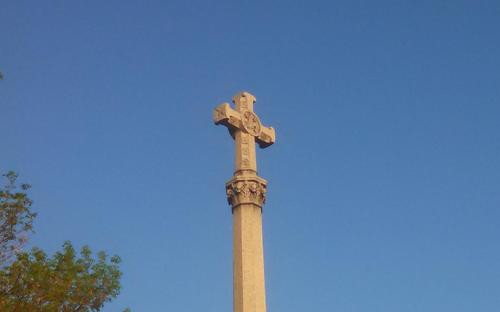 The places of worship have done their part to make Summit one of the best walks in the Cities. The Cathedral is probably best known for the copper dome, but the statues are pretty amazing too. House of Hope down the Avenue has an amazing organ; if you walk on Summit often enough you’ll hear it but as far at street art goes, their Spirit of Hope is pretty amazing. St Thomas More is like a smaller Cathedral – although the row of characters etched above the door are a little like Notre Dame – but with less personality. Mount Zion temple sports some of the only modern art on the Avenue – with a moving structure on top of their hill. 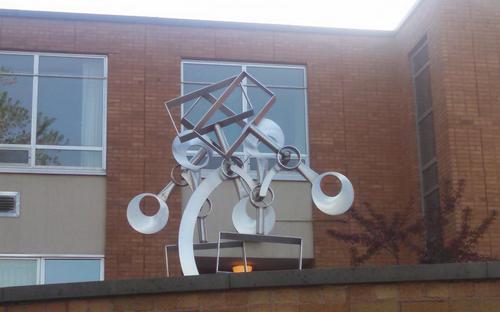 The Laura Jeffery School offers the only taste of community street art with chalk drawings, which are there most of the school year. The University of St Thomas does a good job of blending old school statues of benefactors and saints with modern art.

And then there are the homes. So many fantastic statues! As I mentioned there are lions. There are also a couple of pineapples, which are a symbol of hospitality. There are statues of women – one nudie, a couple appear to be servant girls. And there are two notable tree trunk transformations – a woman with a parasol and one with a pitcher. 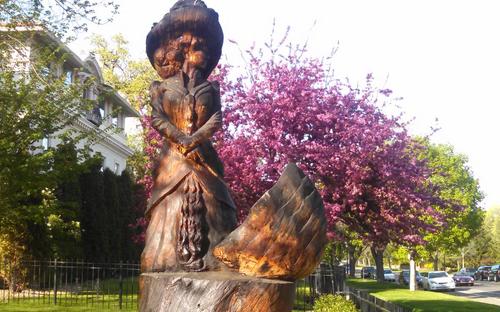 The Governor’s Mansion is on Summit Avenue; they have a pretty modern-looking statue called Man – Nam. It’s a man breaking away from a mold that bears his imprint.

Again, Summit does not have street art in the traditional sense of the term – but it does have traditional art up and down the street and is well worth a stroll.

Spirit of Hope on Summit Ave