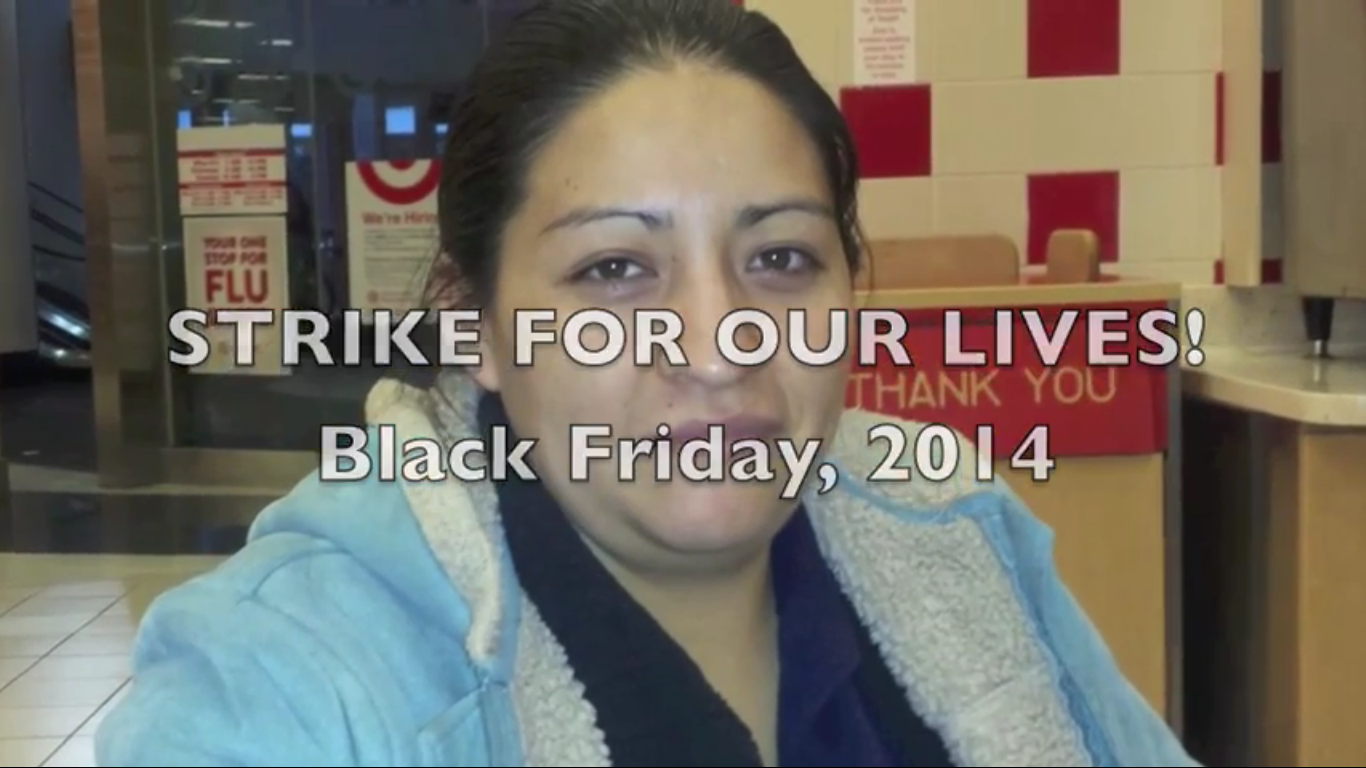 CTUL is a low-wage worker-led organization that is fighting for fair wages, fair working conditions, and a voice in the workplace for all workers in the Twin Cities metro area.

“We will no longer sit back quietly as cleaning companies steal years off of our lives and the lives of our families by paying poverty wages,” said CTUL member Maricela Flores to the 100 or so workers and community allies gathered for the announcement. “On Black Friday, we will ‘Strike for Our Lives’ against all of the cleaning companies that refuse to respect our right to organize without fear of retaliation.”

Retail janitors have organized for more than four years against deteriorating wages and conditions and staged three strikes in 2013 to drive home the seriousness of their demands. The companies they work for provide cleaning services to Home Depot, Best Buy, Kohl’s, Sears, Target and other stores. Workers are paid around $8.50 an hour, well below the poverty line.

In response to these strikes, Target Corporation created a Responsible Contractor Policy in June, 2013. The policy ensures that companies contracted to clean Target stores will open dialogue with workers to improve working standards in the industry. Since the announcement, the two companies that clean Target stores and a third company that cleans other stores in the Twin Cities have all opened dialogue, yet there has been little progress.