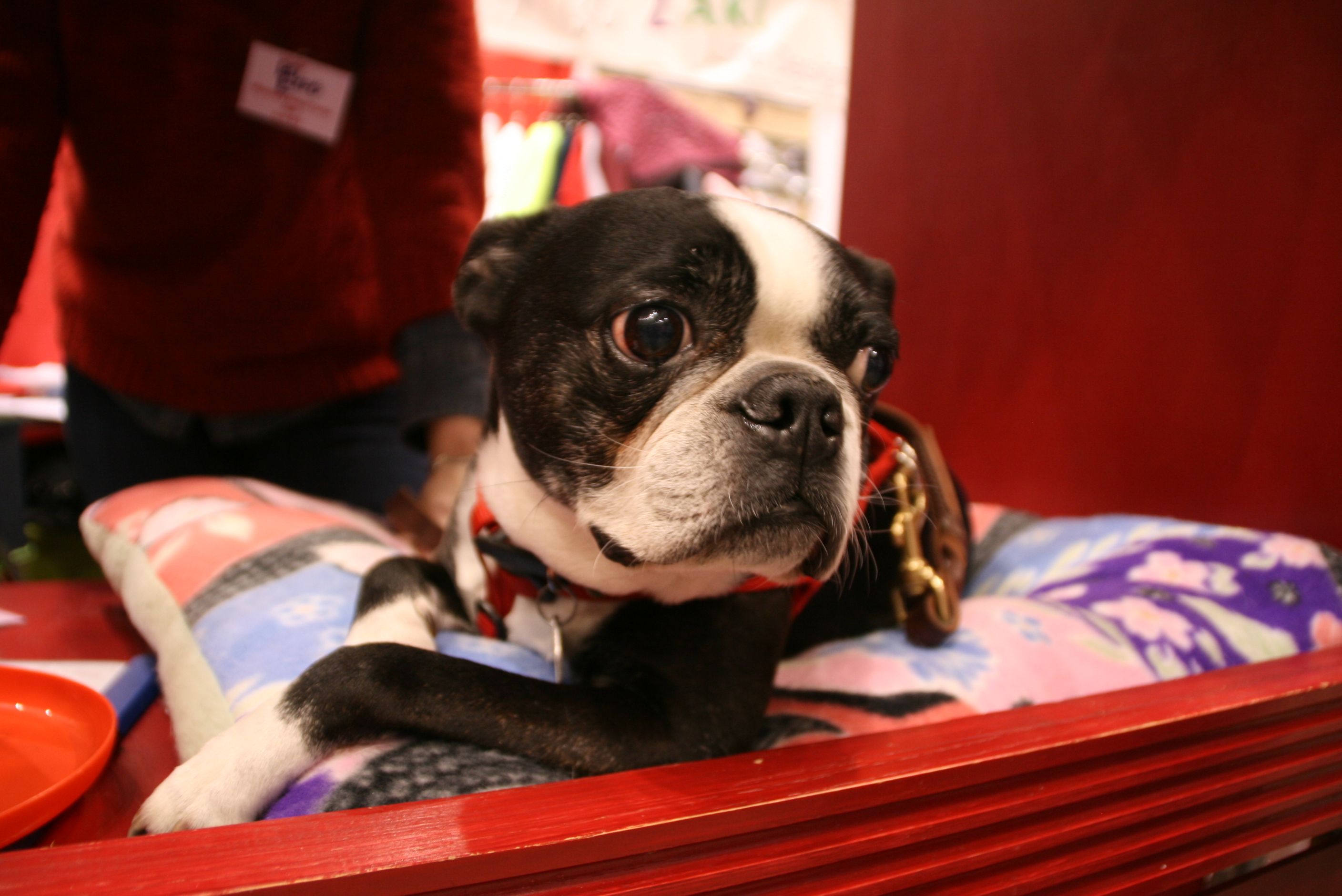 Last weekend, more than 7,000 animal lovers came through the doors of the Minneapolis Convention Center for the 11th Annual Twin Cities Pet Expo for an up-close encounter with hundreds of companion animals, from the fluffy to the feathered to the cold-blooded. The Expo also included dozens of exhibits, competitions and some pet themed shopping. 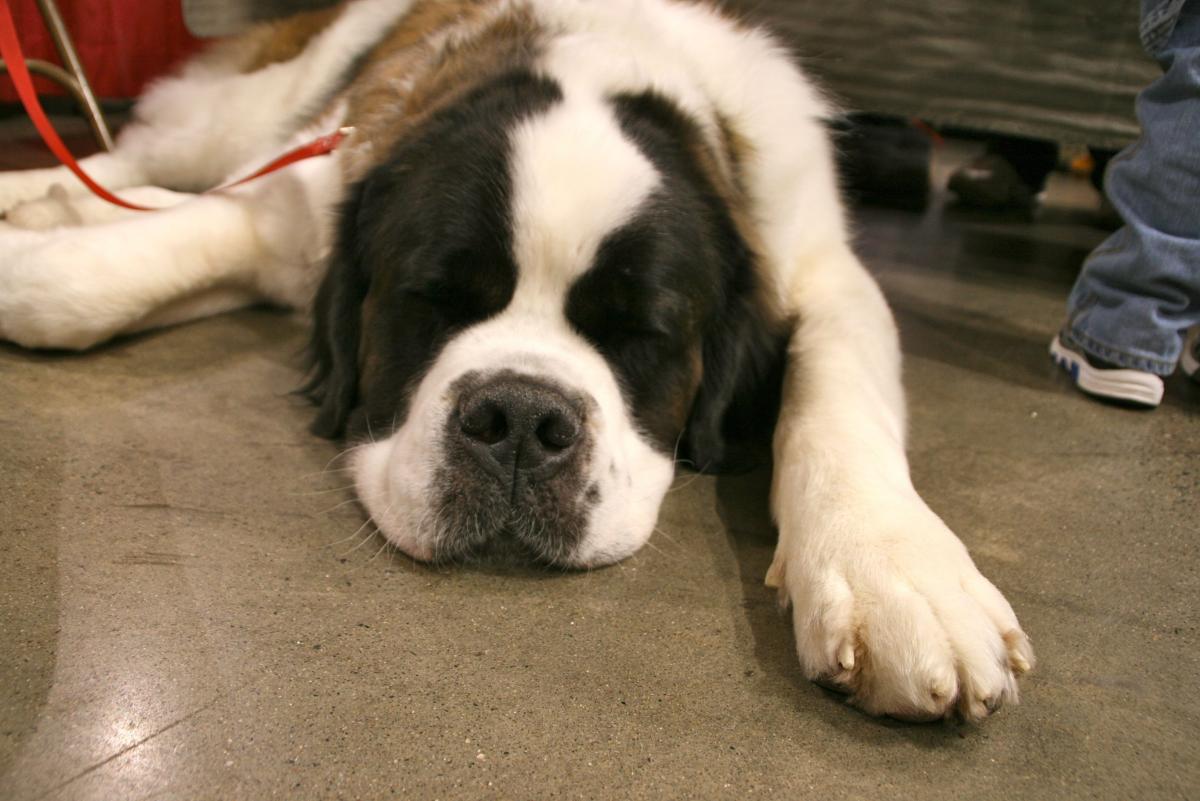 Rescue organizations were everywhere, a sad testament that too many animals are purchased on a whim and abandoned. Chewy, a 182 lb. 2-year-old St. Bernard was once homeless but now is finding a forever home. 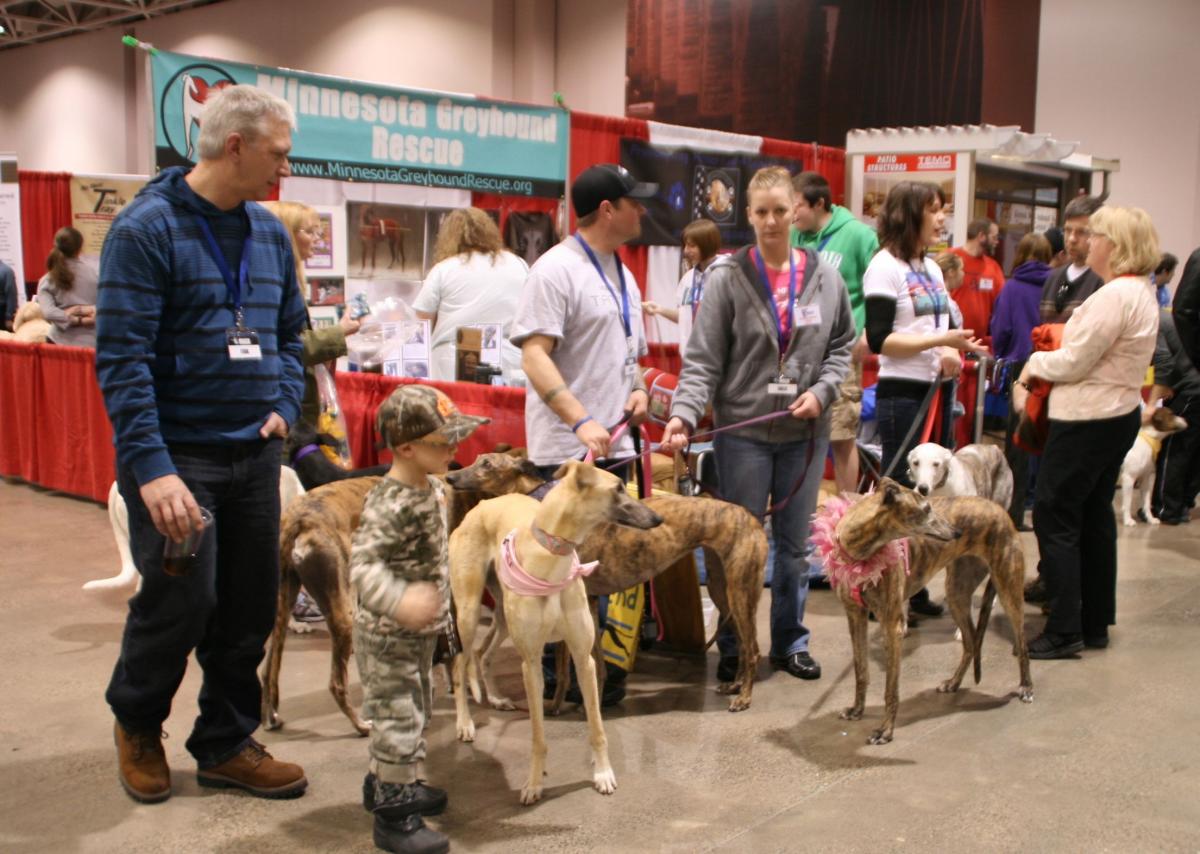 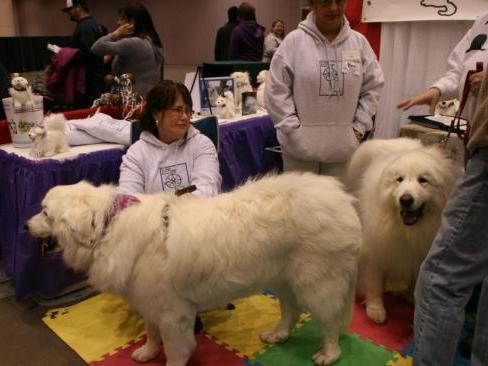 NorthStar Great Pyrenees Rescue brought several representatives of the breed to meet the public. Great Pyrenees can weigh up to 120 lb., but are gentle dogs, especially with children. 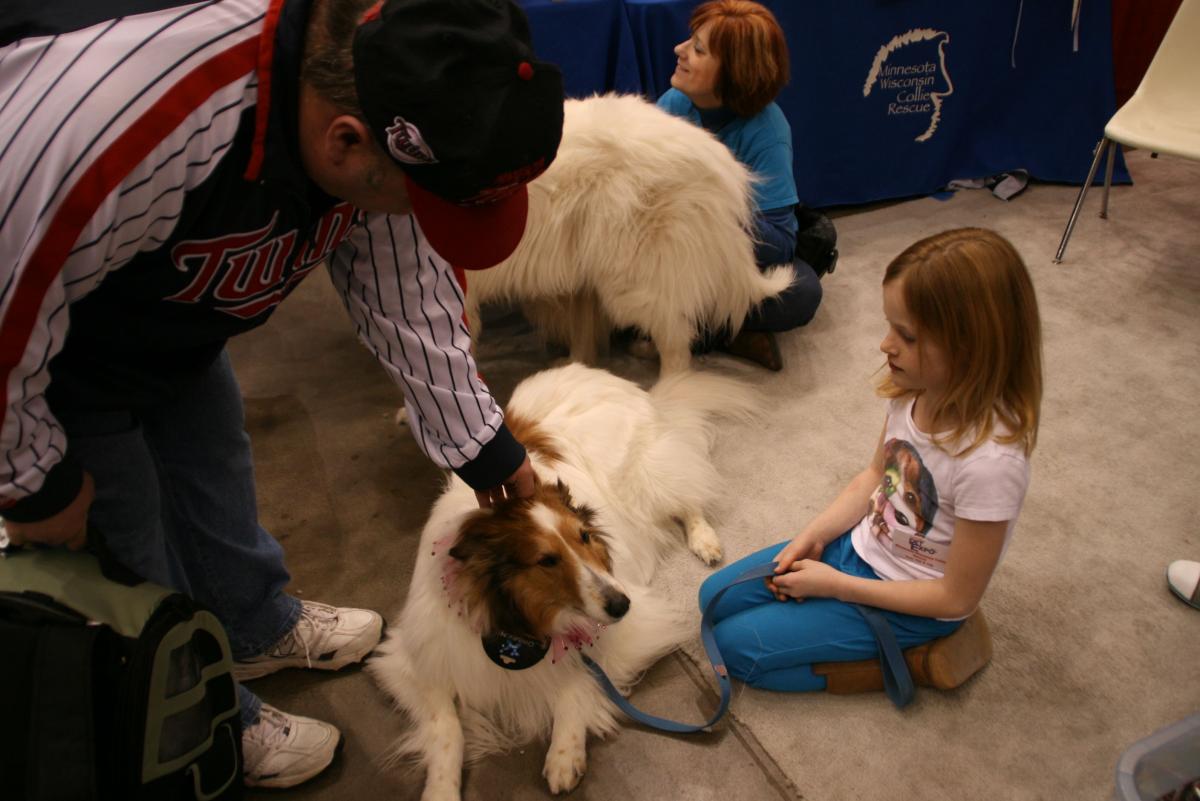 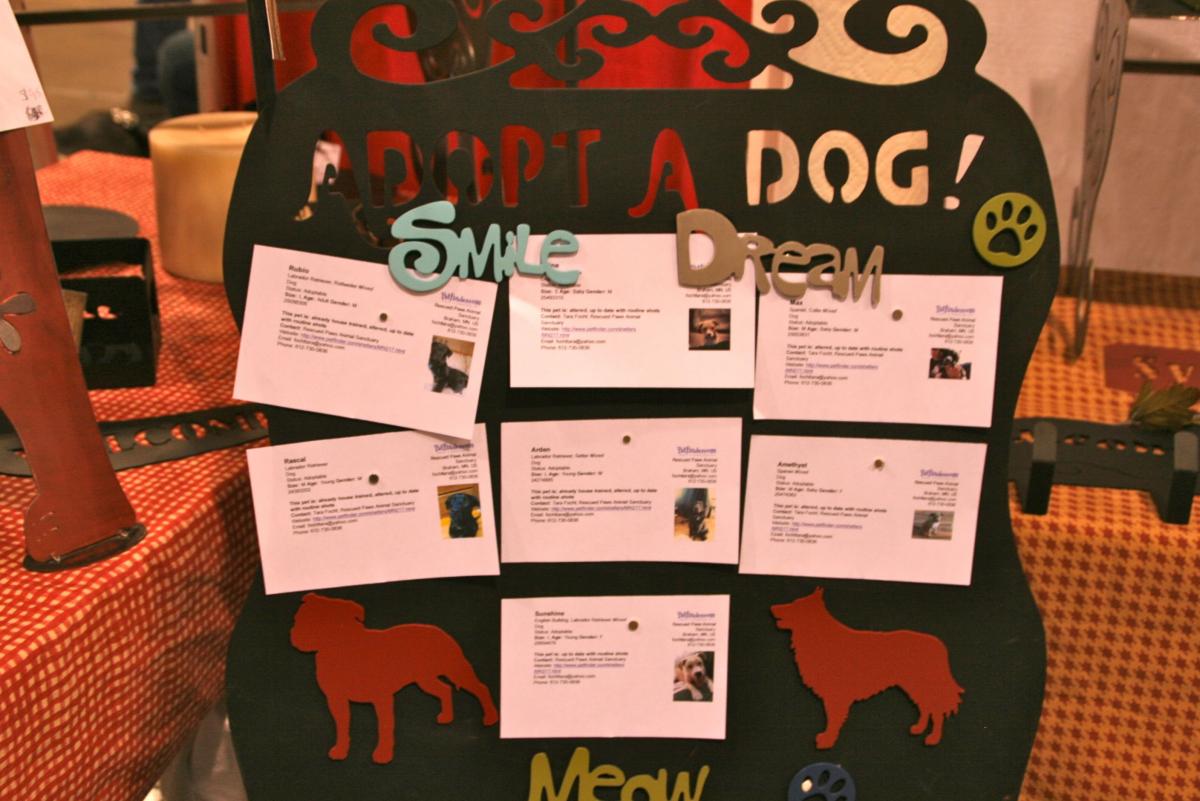 A young girl named Olivia introduced her collie, Ilsa, to the public. Rescue groups like the Minnesota Wisconsin Collie Rescue are also looking for temporary foster homes for dogs until a permanent home can be found. 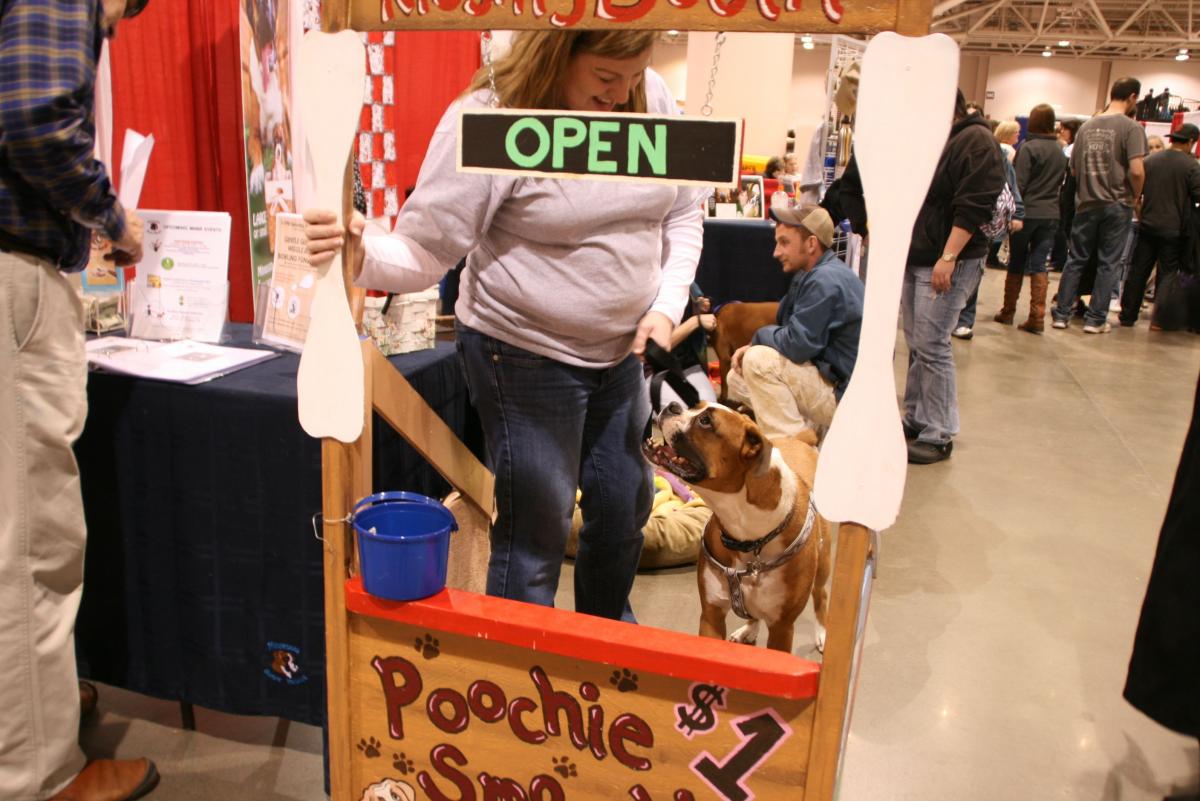 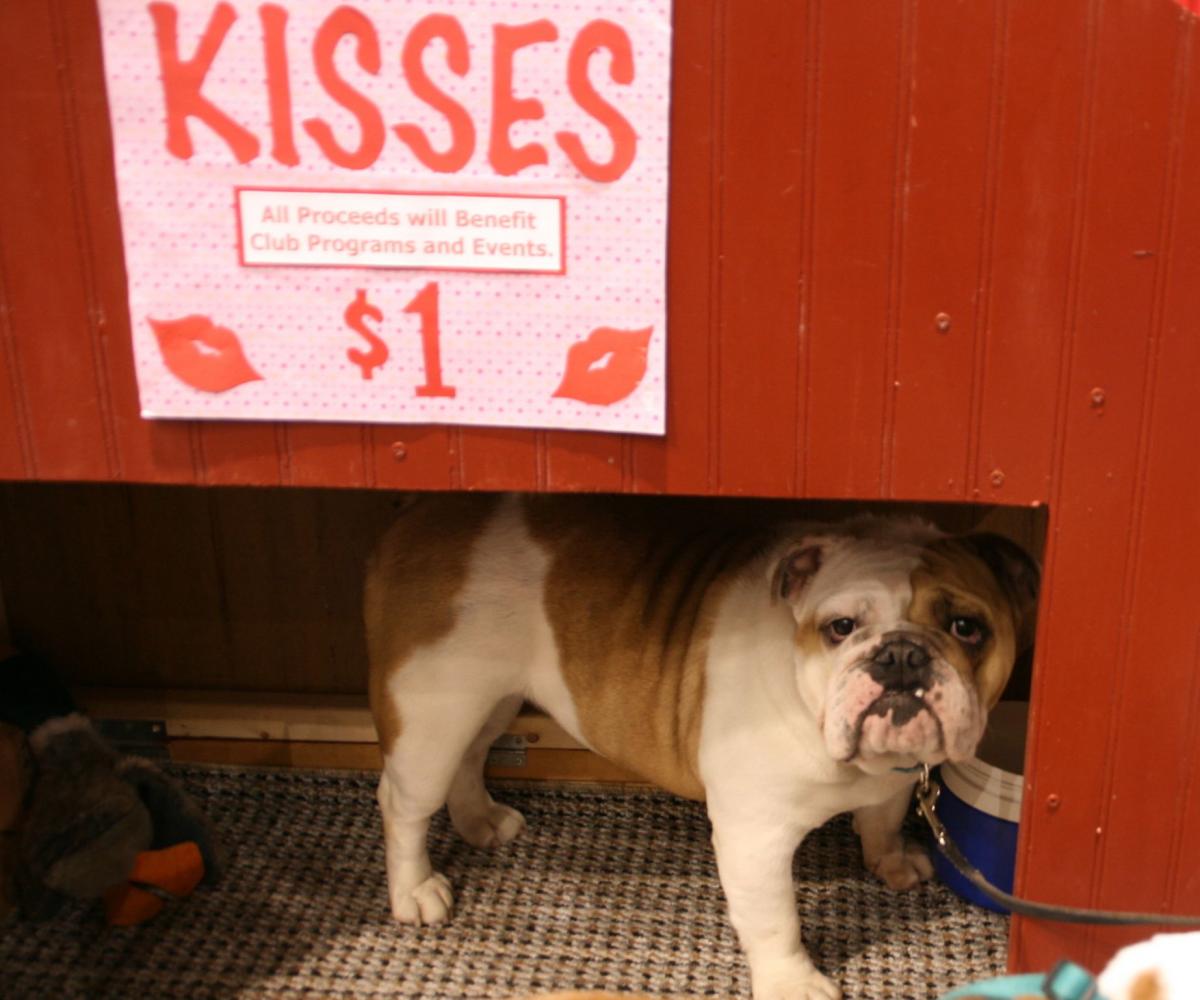 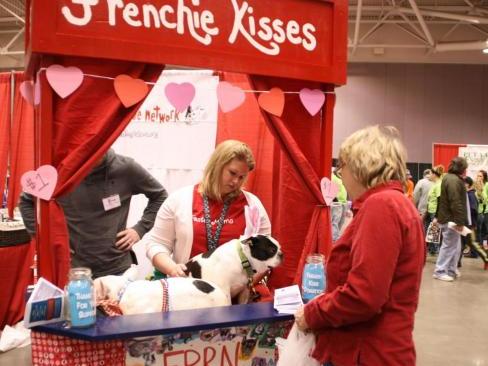 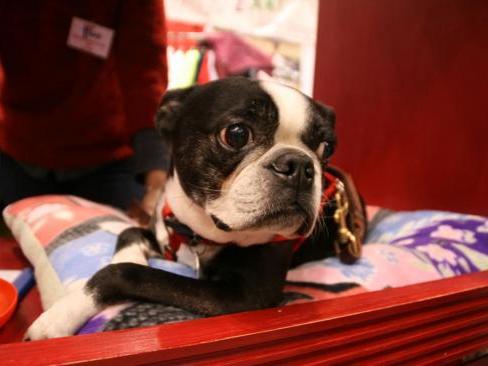 Kissing booths were one way to raise money for clubs and rescue organizations. People lined up to pay a dollar for a snuggle with pushed-face dogs like boxers, bulldogs and French bulldogs. Boogie, the Boston terrier is ready to meet his public. 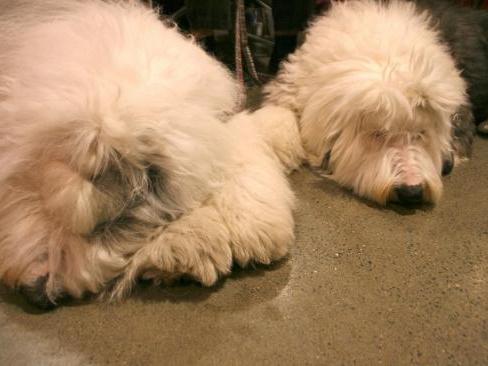 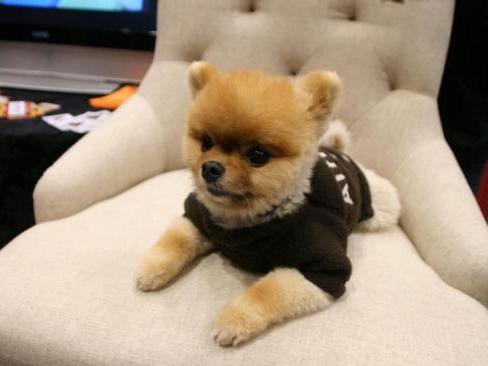 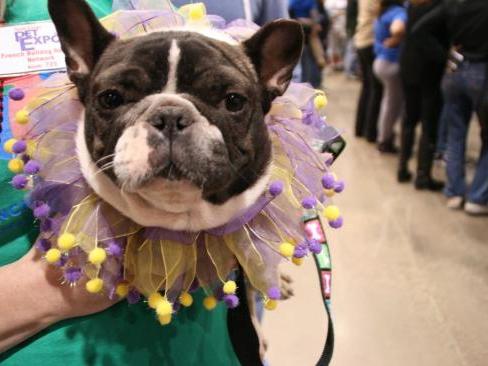 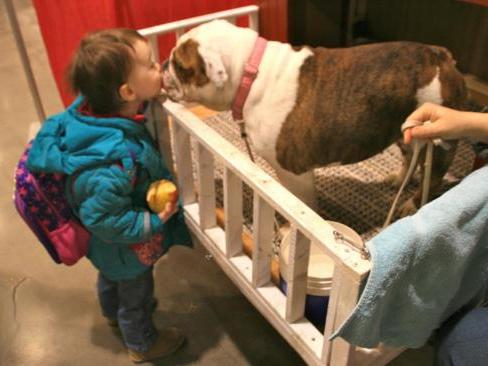 Over centuries, dogs were developed for a number of uses including hunting, herding, guarding–or for ridding barns of vermin like the Miniature Schnauzer. Bulldogs were originally bred for the sport of bull baiting, but when that was outlawed in 1835, breeders changed the bulldog into the sweet and comical dog it is today. Domestic dogs vary more than any other species. Old English Sheep Dogs like Bond and Chewie and tiny dogs like Jiff (a movie star Pomeranian with a teddy bear hair cut) are, under the skin, the same. 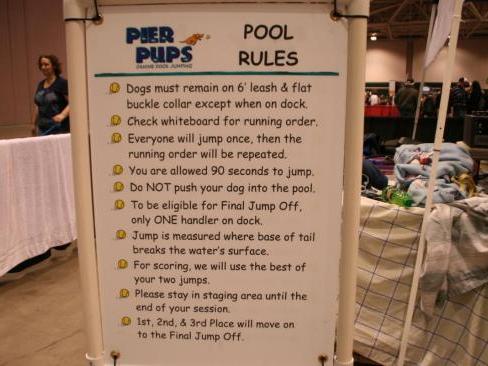 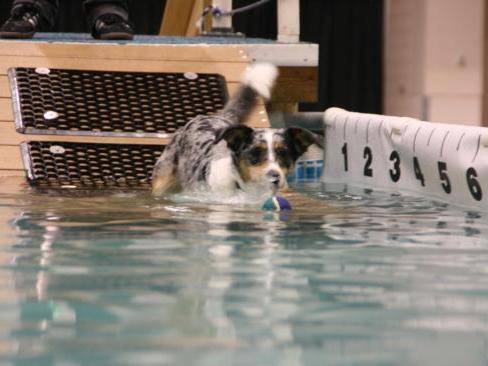 The Expo included competitions like Pier Pups, where the mostly Retriever roster vied to see which dog could make the longest jump into a large tank of water. While the rules were clear, a few dogs, like this Australian Shepard, took the easy way in – taking a ramp into the pool to retrieve a ball. The winner on Saturday was Splash, who jumped 19ft. 6 in. Sunday’s winner, a Lab named Ike came away with the blue ribbon with a jump of 16 ft., 10 in. 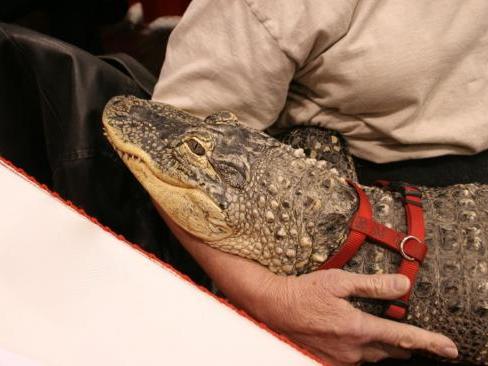 16) For those interested in more exotic pets, there was plenty to see. Hyde the alligator, now owned by Jan Larson, the Educational Director of the Minnesota Herpetological Society, was found wandering in an alley in North Minneapolis. Larson estimates Hyde is 12 years old, but says that alligators can live up to 100 years. Hyde is a popular visitor to local area schools. “Don’t worry,” she assured a group of children petting him, “He’s used to this and I’m holding his head.” 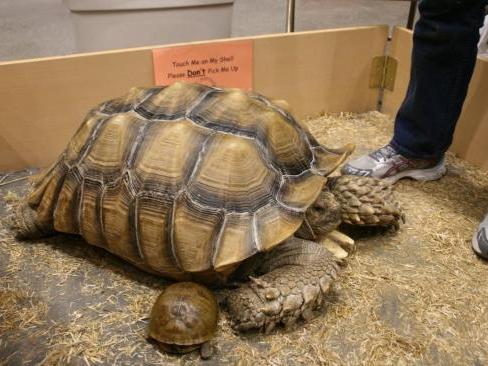 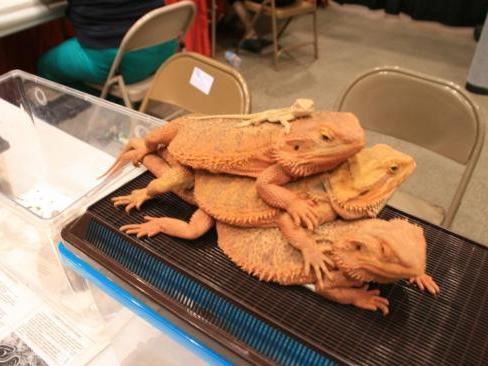 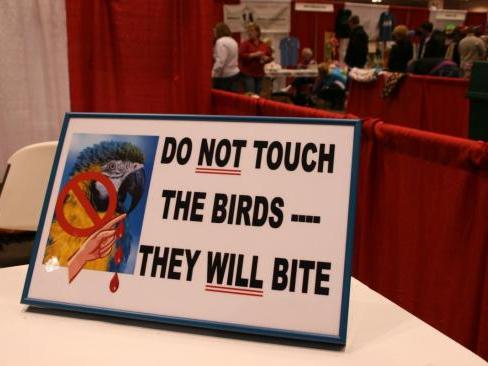 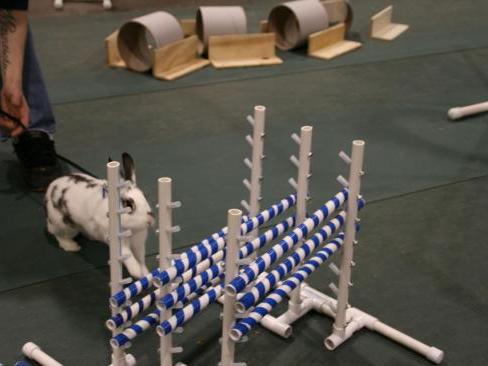 Colorful birds, like the Caique and the African Grey Parrot attracted admirers like Madelyn Defrang, and just in time for spring were the rabbits and rabbit agility competitions. 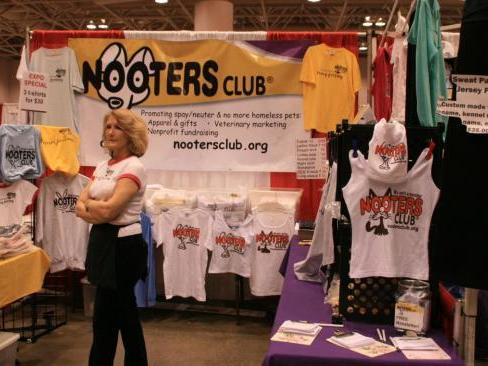 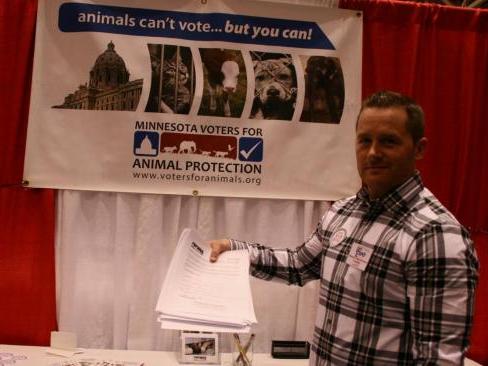 Part of the Expo was devoted to animal advocacy groups, including Nooters, a non-profit organization supporting the neutering and spaying of dogs, cats and rabbits and Minnesota Voters for Animal Protection, a state lobbying group collecting signatures to support animal welfare legislation, including the wolf protection bill and H.F. 36/H.F. 84, a bill to regulate puppy farms.