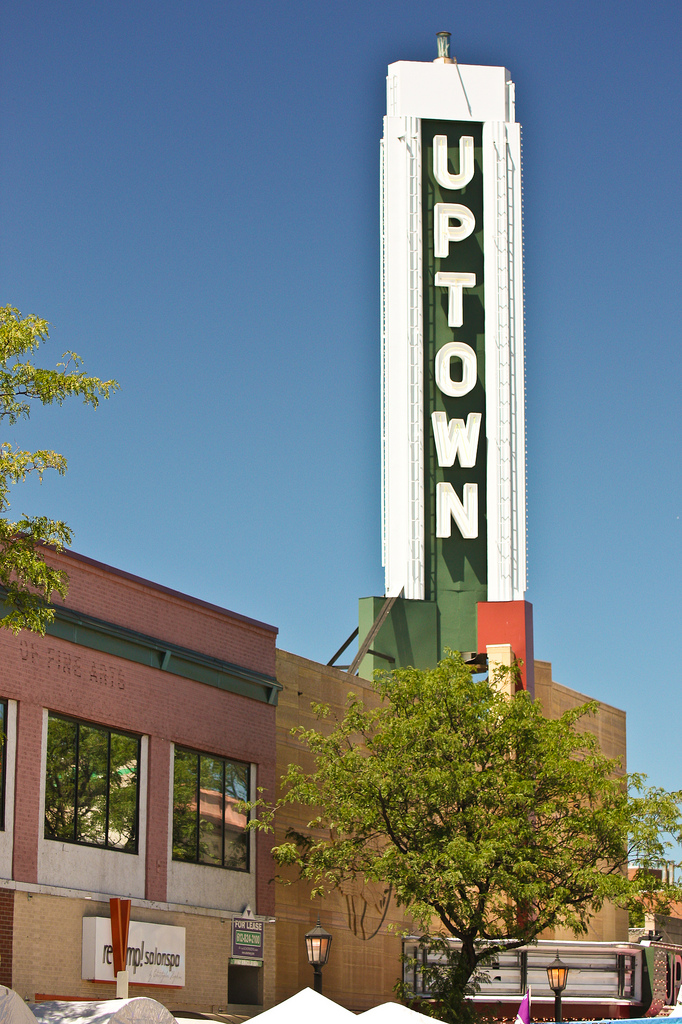 With only a few days left in 2012, it goes without saying I’ve watch a ton of films, probably an unhealthy amount. Maybe not as many as some critics or movie lovers in town, but enough to qualify as someone who takes their movie watching “very seriously.” I have been told by friends that I do not need to critique every single film, frame, performance, and word of dialogue—but at times it becomes hard to turn that part of my brain off, as I could be writing about everything I see for the Daily Planet. So I am always thinking about what I would write or say about everything I see and over this past year. There were plenty of moments that gave me hope as a film reviewer, and other times I felt defeated.

Going through all my blog entries of 2012, it was hard to believe I had covered so much in so little time. I covered various film festivals in the Twin Cities, Wisconsin, and Utah; all varied in different programming and objectives, but all were successful in my eyes. I went from Sundance to MSPIFF to OUT Twin Cities, MUFF, Flyway (where I programmed the narrative features), and Feast for the Eyes series. Not to mention, I took over the reins of Sound Unseen and took some extra time off from my weekly writing duties to manage and direct the 13th annual festival this past October.

I had the opportunity to interview some wonderful and insight filmmakers and talented actors, from Kevin James (Here Comes the Boom), Tanya Wexler (Hysteria), Derek Connolly (Safety Not Guaranteed), Matthew Quick (Silver Linings Playbook), the Compliance team, and Walter Salles (his interview will appear when his feature On the Road is released in mid-January).

On January 4 I wrote about five films I was looking forward to in 2012: The Hobbit: An Unexpected Journey, The Dark Knight Rises, The Grandmasters, Cosmopolis, and Django Unchained. The Grandmasters did not open in 2012 after all, but will be screening in Berlinale in February (there is still no U.S. release date for the film), and I missed Cosmopolis in theaters as it was playing in town for just maybe two weeks. The other three titles I have seen, and none of them will make my top ten of 2012—although one of them came very close. To think about these five choices I made almost a year ago, I would have never guessed that I would miss a David Cronenberg film or I could leave another one of these with such disappointment, but sometimes a small film that nobody has heard of or something released with very little chatter surrounding it can be wonderful surprise.

Only a few weeks later, those surprises came in bunches. It was at Sundance when I went to go see Compliance and was blown away by the sheer audacity of Craig Zobel’s film. That zest was alive in me until I walked outside of the Library Center into what turned out to be a huge snowstorm. It was then, in the middle of a snowstorm where people where people were turning in for the day or trying to seek shelter, that I hopped on a shuttle to Redstone Cinema down the road from Park City to Kimball Junction (normally a 10-15 minute bus ride turned into an hour) to check out Antonio Campos’s Simon Killer (IFC is releasing the film in 2013), one that was high on my list of films to see at Sundance.

But it was after Simon Killer that might have come the biggest surprise of 2012; rather than waiting around for another bus to show up in the blowing and drifting whitewash, I stuck around and got a ticket for a small film that had not been on my radar before heading to Sundance: Benh Zeitlin’s, Beasts of the Southern Wild. Little did I know that in one day (in a span of eight hours) I would see two of my favorite films of 2012, in probably the largest amount of snow I had ever encountered in my five years of attending Sundance. In the six days I was at the Sundance and Slamdance film festivals I saw 28 features, documentaries, and short films; by the time I returned back to the Twin Cities, not only did I feel my eyes were going to burst, the thought of watching another film was the furthest thing on my mind—yet somehow there I was two days later watching Contagion.

The recovery process went actually more smoothly than predicted and going back to my regular 9-5 job, was not as difficult as I thought it would be; I was on pace to see more films in 2012 than any other year since I had my film journal that I started in March of 2002.

Around this time MSPIFF press releases were starting to flood my inbox. The lineup of some 250+ films was daunting, to say the least; in fact, they screened twice as many films as Sundance and the festival ran twice as long. So the routine started up again of collecting screeners and watching and gorging on as many independent and foreign films as possible, and still keeping up with the weekly blog, a good month before the festival started and I headed to the theater to take in as many as I could.

The MSPIFF experience this year was probably one of the best times I have had going to MSPIFF since I first started going in 1996. (However, I am not including the years when I worked for MFA from 2005-08.) The theaters were packed, the films were starting on time, there were plenty of visiting filmmakers, and another surprise came in the form of “Al Milgrom Day” during the festival: easily the best local movie-related event 2012.

There was a screening for select friends, family, and Film Society patrons of an old and rare PBS clip from 1981 entitled “Al Milgrom’s Obsession,” a behind-the-scenes look at the making of the festival and the determination of Milgrom. Not only was the segment hilarious, heartfelt, and strangely profound, it was like finding an untapped hot spring in downtown Minneapolis on the coldest day of winter or discovering you did not lose all of those family photo albums. Watching Milgrom control the phones, meet with staff members, and get exclusive interviews was enjoyable and memorable. The man is still going strong today and remains an irreplaceable fixture in the Twin Cities and Minnesota film community: someone who has left his stamp on film exhibition and history in our fair state.

Two theaters went under renovation this summer: the Walker Art Center and the Uptown. I had the opportunity to preview the new Walker space before they reopened with a screening of Beasts of the Southern Wild this past June; I got a behind-the-scenes look at the new 4k DCP projector. The screening was flawless and it was not until about halfway through the film, when you could hear the thundering sounds of the Louisianan bayou and enjoy a crystal clear picture on screen, that it was clear the Walker had become one of the best venues in the Twin Cities to see films.

The Uptown transformation went on a little longer than most would have liked, but they finally reopened in September and in mid-November I got my first glimpse of the new space. The lobby has completely been overhauled and the concession stand has been moved farther back into the space, making it easier to walk up to the counter versus the old way of not knowing what side of the stand to buy your popcorn and candy on. In addition to the revamped lobby, walking into the theater I was amazed by the complete redesign of the balcony and main floor of seats. Gone are the ratty seats, replaced by new plush chairs with drink holders (!); the theater’s capacity has been reduced from 1,200+ to about 350, but the new seats are comfortable. As an added bonus, they also have a bar upstairs by the restrooms and those of legal drinking age can sit upstairs in the balcony with a tasty frosty beverage while watching some of the finest American independent and foreign films released. It is great to have you back, Uptown!

I watched some 230 films over the past year. There are so many memories that were made while taking in the latest and greatest in world and U.S. cinema. Twin Cities movie lovers can enjoy an ever-increasing number of films being released on VOD, via one-evening-only runs, and at film events throughout the year. It makes it difficult to find even more time to get out to see everything, and a friend recently told me as we were discussing our Top Ten lists of the year, “Well, you can’t see everything.” I am always thinking in the back of my mind that I can see everything, and it doesn’t matter if I start watching it at 7 a.m. or 1 a.m. I want to see what is out there, discover a new world, and be taken by surprise. In 2013, as always, I will be taking everything I see and hear “very seriously.”