In April, the department of Housing and Urban Development (HUD) announced its intention to close 17 multifamily housing hubs nationwide. These closings would be part of a larger plan to consolidate staff to five main offices (Atlanta, Chicago, Fort Worth, New York, and San Francisco) and 5 satellite offices (Boston, Denver, Detroit, Kansas City, and Jacksonville). As a result of this consolidation, Minneapolis’ Multifamily Housing Hub will be closed. 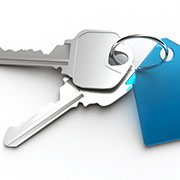 This move has alarmed many Twin Cities affordable housing advocates, largely because the Minneapolis multifamily office is empirically among the most effective in the country.

Minnesota Housing Partnership notes the following:
“[The Minneapolis Multifamily Housing Office’s] approach has resulted in one of the strongest portfolios of federally-assisted housing and FHA multifamily loans in the country. For example, the percentage of projects with failing Real Estate Assessment Center (REAC) scores is one-third that of the rest of the country. Foreclosure rates appear to be about one-half that of the rest of the country.”

Advocates further argue that this success is based on established relationships between HUD officers at the Minneapolis Multifamily Housing Office and Twin Cities agencies and lenders. The Interagency Stabilization Group, which consists of representatives of HUD’s multifamily staff, as well as Twin Cities agencies such as Minnesota Housing, the McKnight Foundation, and the Minneapolis Community Development Agency among others, has been a leading preserver of affordable housing since 1993. By removing the longstanding relationships between HUD personnel and lenders, the move eliminates the basis for The Minneapolis Multifamily Housing Office’s success.

The timing of the move is also troubling. Recent reports indicate that homelessness is increasing in the Twin Cities, due in part to a shortage of affordable rental housing.

Given the historical success of the Minneapolis Multifamily Housing Office, as well as the apparent need for affordable rental housing in the Twin Cities, the closure should be seriously reconsidered.

According to Rep. Keith Ellison “This office has proven that it is a model for the nation, with high rates of success, innovation, and specialized expertise. Instead of closing the successful Minneapolis HUD Multi-family housing field office, it should be the foundation for a newly restructured Multi-family program in order to enable HUD to meet its stated goals.”