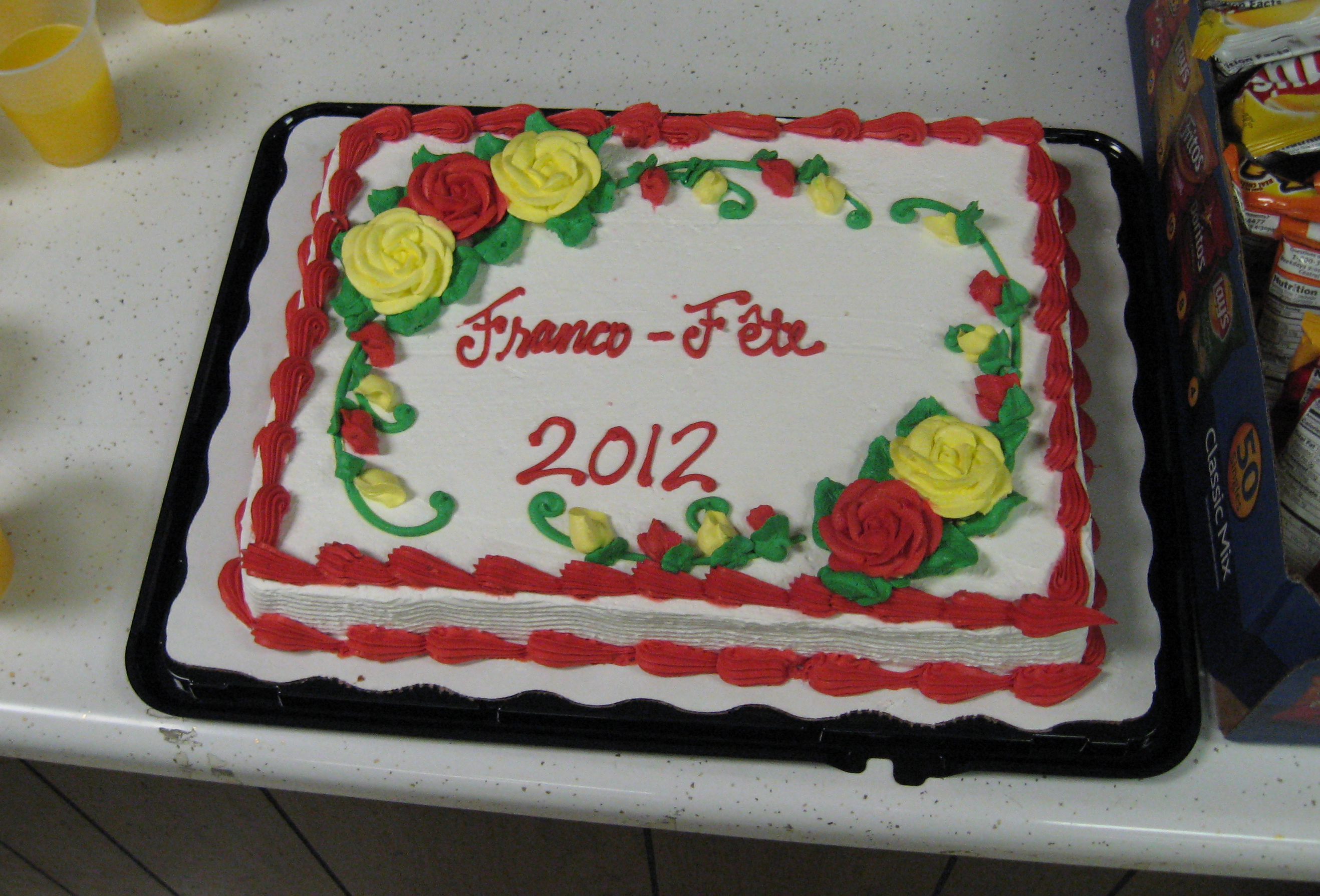 For some days this blog space has been quiet.

A working group of about 10 of us were involved in pulling together the final details of, and finally pulling off, the first Franco-Fete in the Twin Cities. Such events happen all the time. They are never easy!

The last Franco-Fete event ended yesterday (Sunday) at a lunch in the church basement at St. Boniface Catholic Church in Minneapolis, and as the fog of near-exhaustion begins to lift, and with all of the frustrations that attend a first time conference, and additional unanticipated problems we encountered, we appear to have survived successfully.

Here is the first review, received from teacher of French Annie Muske on Sunday morning, September 30:

“I wanted to send you a preliminary email just to let you know that my group (husband Randy, college student Chloe, French exchange student Camille, 22 French Club members in grades 9, 10, and 11, and me) had a WONDERFUL time at Franco-Fête yesterday! The kids were in a merry mood all day (despite leaving [their] High School at 8 AM) and were ECSTATIC after the Le Vent du Nord concert! (We got home at 11 PM!)”

Annie was writing to Dr. Virgil Benoit, University of North Dakota at Grand Forks, who had devoted most every available hour to the Festival for the past year…then ended up in a hospital bed Tuesday evening, September 25 as a result of a serious auto accident.

Reports are that Virgil will be okay. He received his reports on the conference in a Grand Forks hospital room. He will likely be laid up for most of the rest of 2012, at home in rural Red Lake Falls MN.

With hopes that I don’t forget anyone on the planning/implementation committee, special thanks to: Marie Trepanier, Bob Dedrick, Jon Tremblay, Mark Labine, Jerry Foley, Maryellen Weller, Fr. Jules Omalonga, Mike Durand, Pierre Girard and Jane Peck. I was involved too. We all pitched in with more than our individual share of time and talent to give this Festival a good start, possibly leading to status of an annual event in the future.

There are many words yet to be written; many photos to be shared. For the beginning, below are just a tiny sample of personal snapshots from the weekend of Sep 28-30.

The entire program remains archived here. Click on Franco-Fete tab, and scroll to near the end of the page. A mailing address for Dr. Benoit at University of North Dakota is at the bottom of the home page, if you wish to send a note.

It is quite certain that Bonjour Minnesota, at KFAI, Twin Cities, will devote considerable time on it show tomorrow night to Franco-Fete. Co-Host Olaf Pfannkuch was on the scene. Bonjour Minnesota airs at 8-10 p.m. CDT.

UPDATES may be added here as the day(s) go on, or there may be supplemental posts. Check back.

Here is the tiniest essence of the Fete, as seen through a few snapshots I managed to take. Others will have more photos, to come. 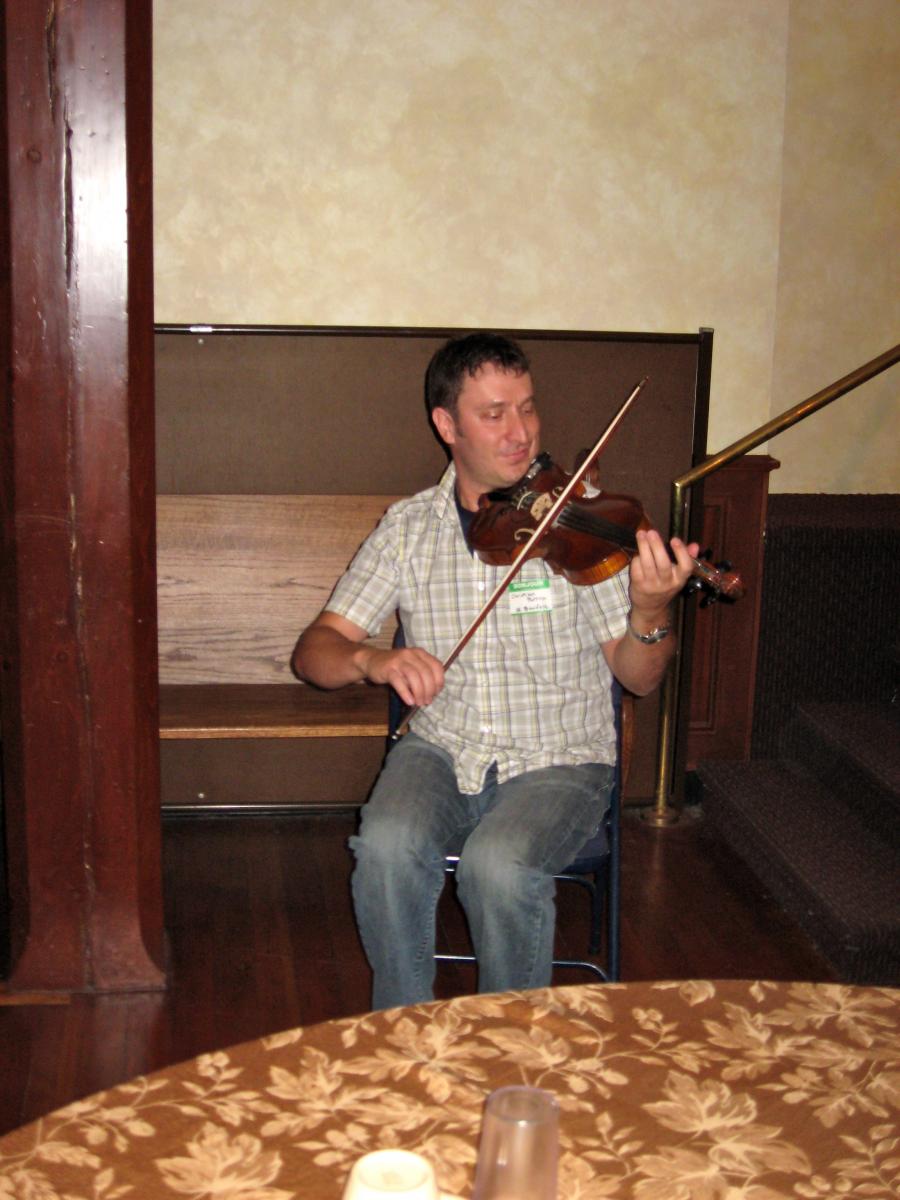 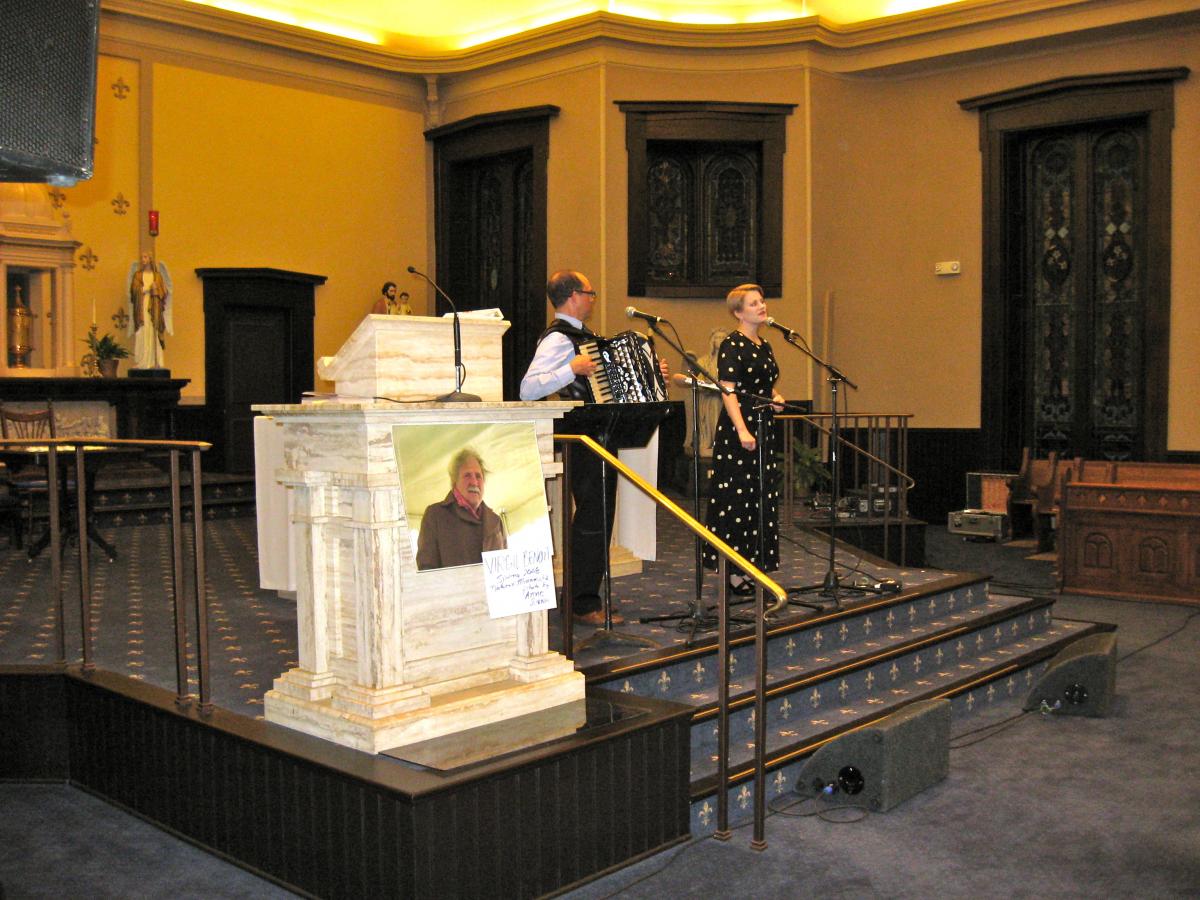 Dan Chouinard and Maud Hixson entertained guests in the sanctuary of Our Lady of Lourdes. Dr. Benoit also attended per the poster you can see. Francine Roche also entertained an enthralled crowd. 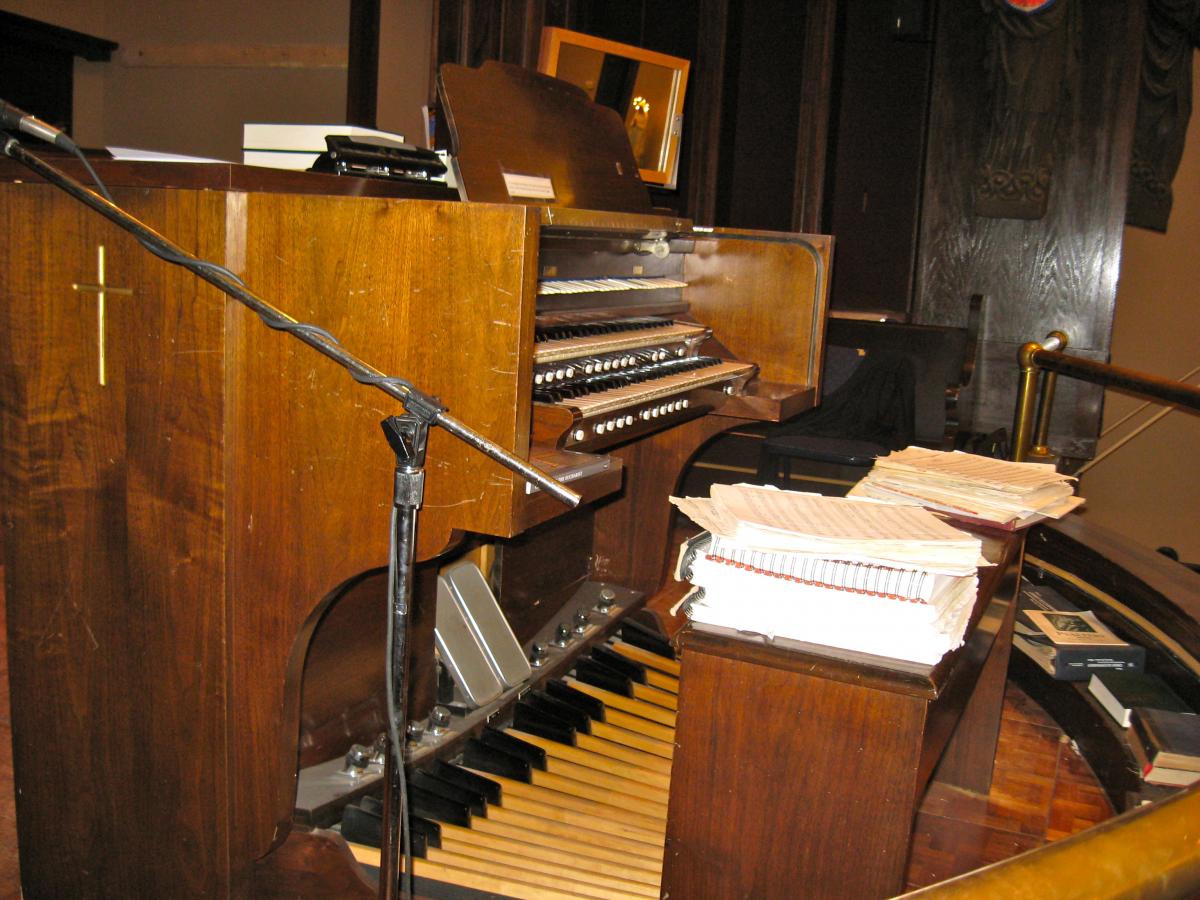 An honored guest at the concert on Friday night was Laura Dumas, who played this organ and others at Our Lady of Lourdes from about 1910-1960. Her grandson Marshall West, of Petaluma CA, baptized in this church, sent memories part of which were read at the concert. 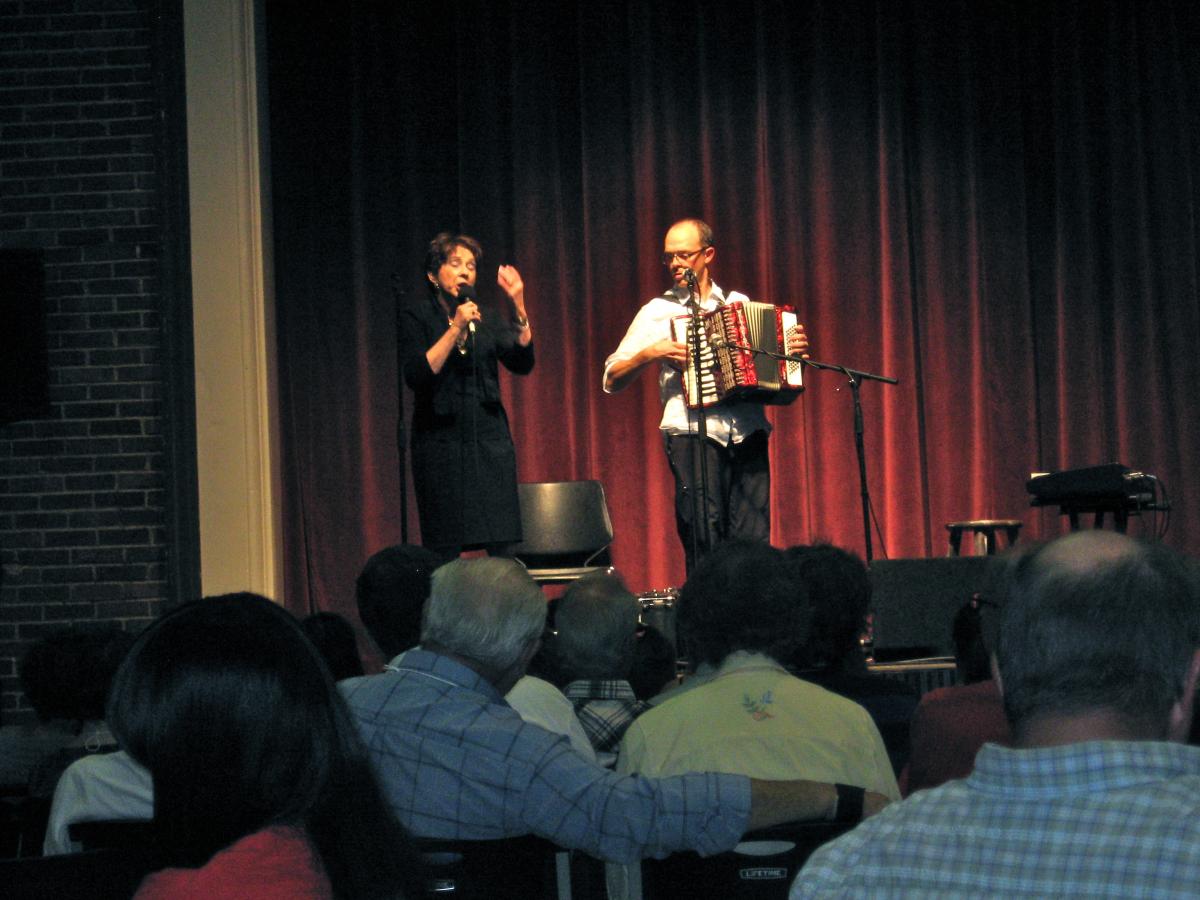 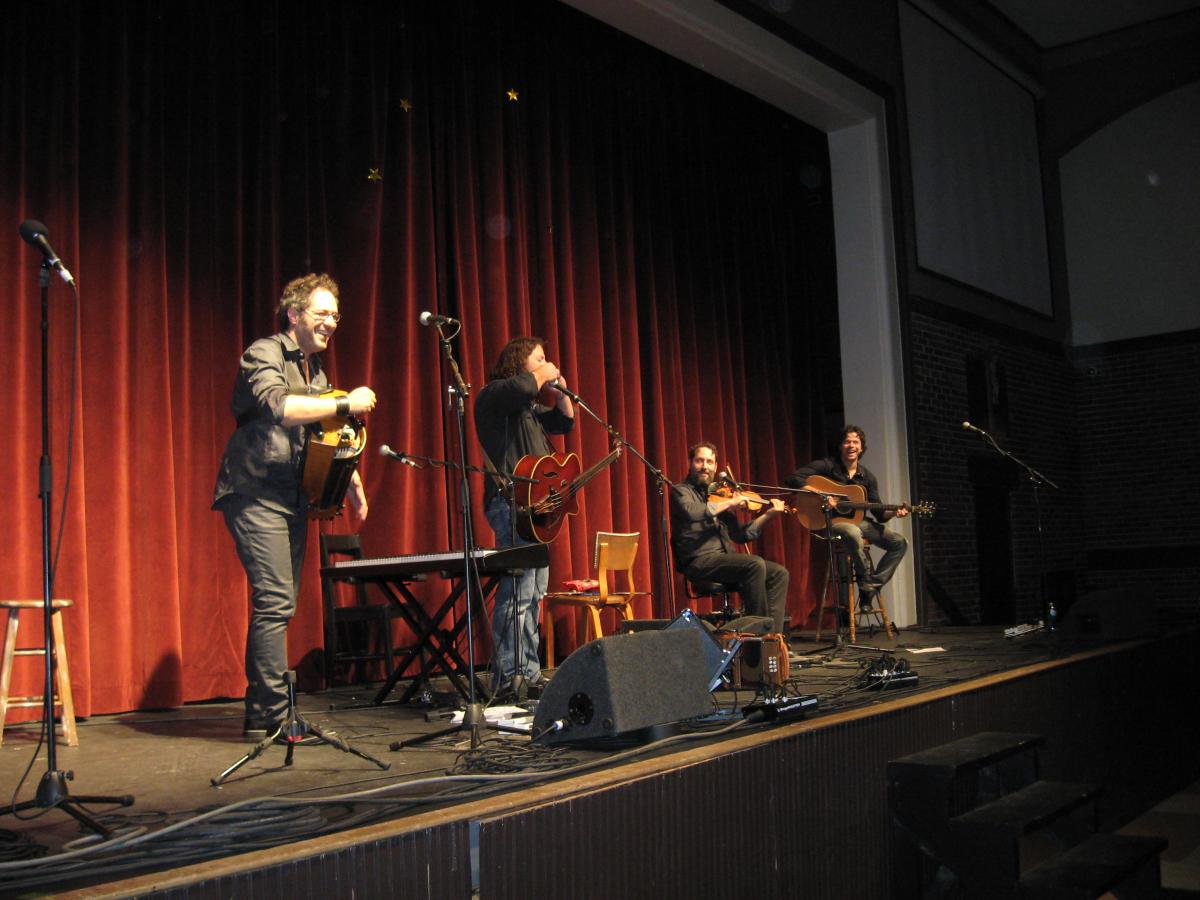 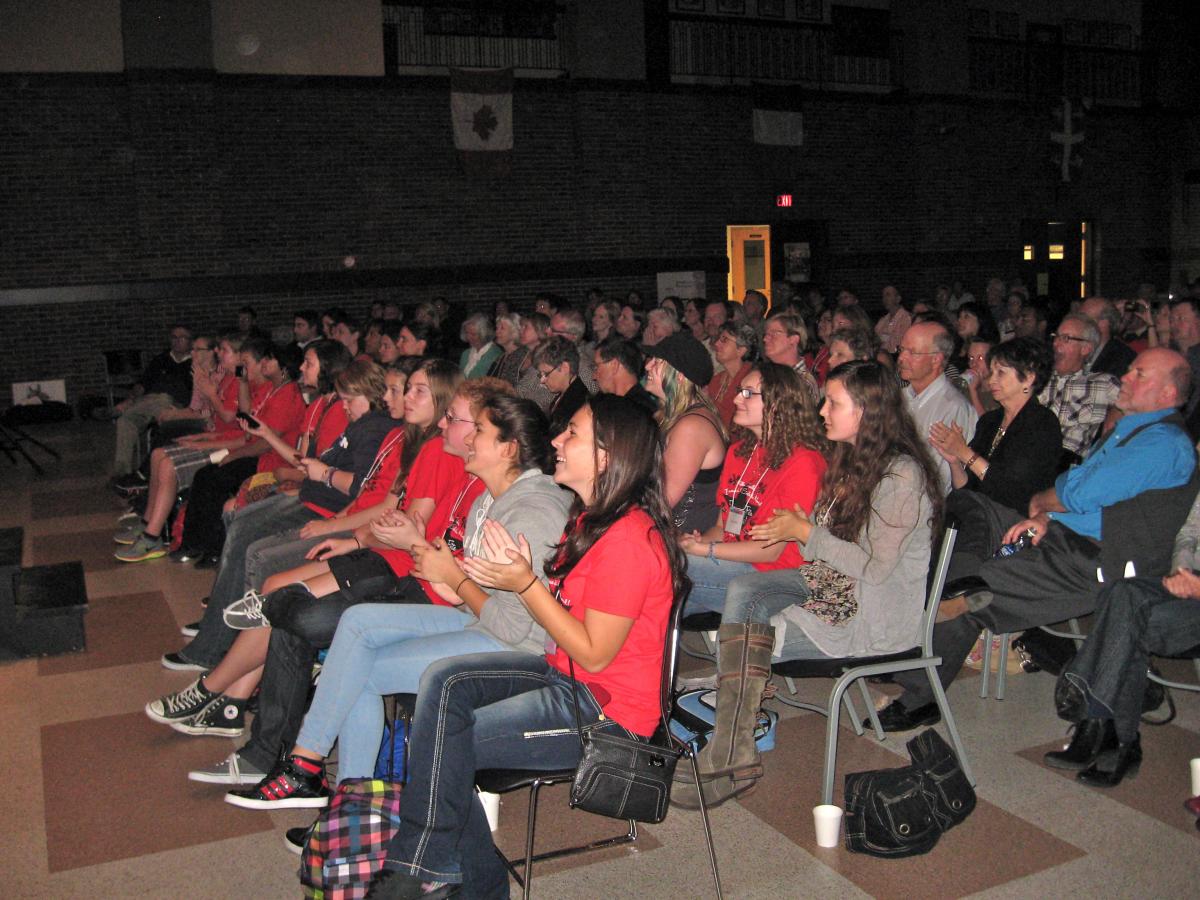 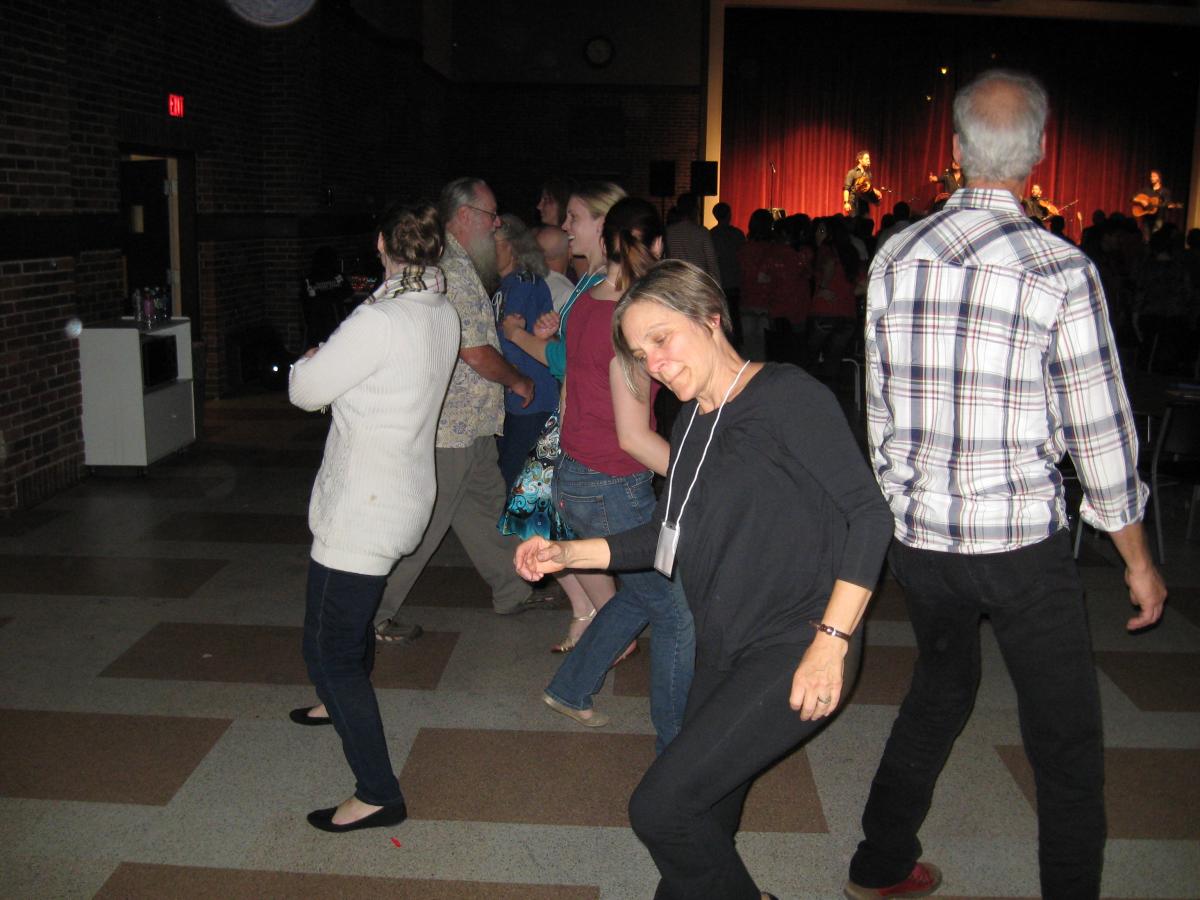 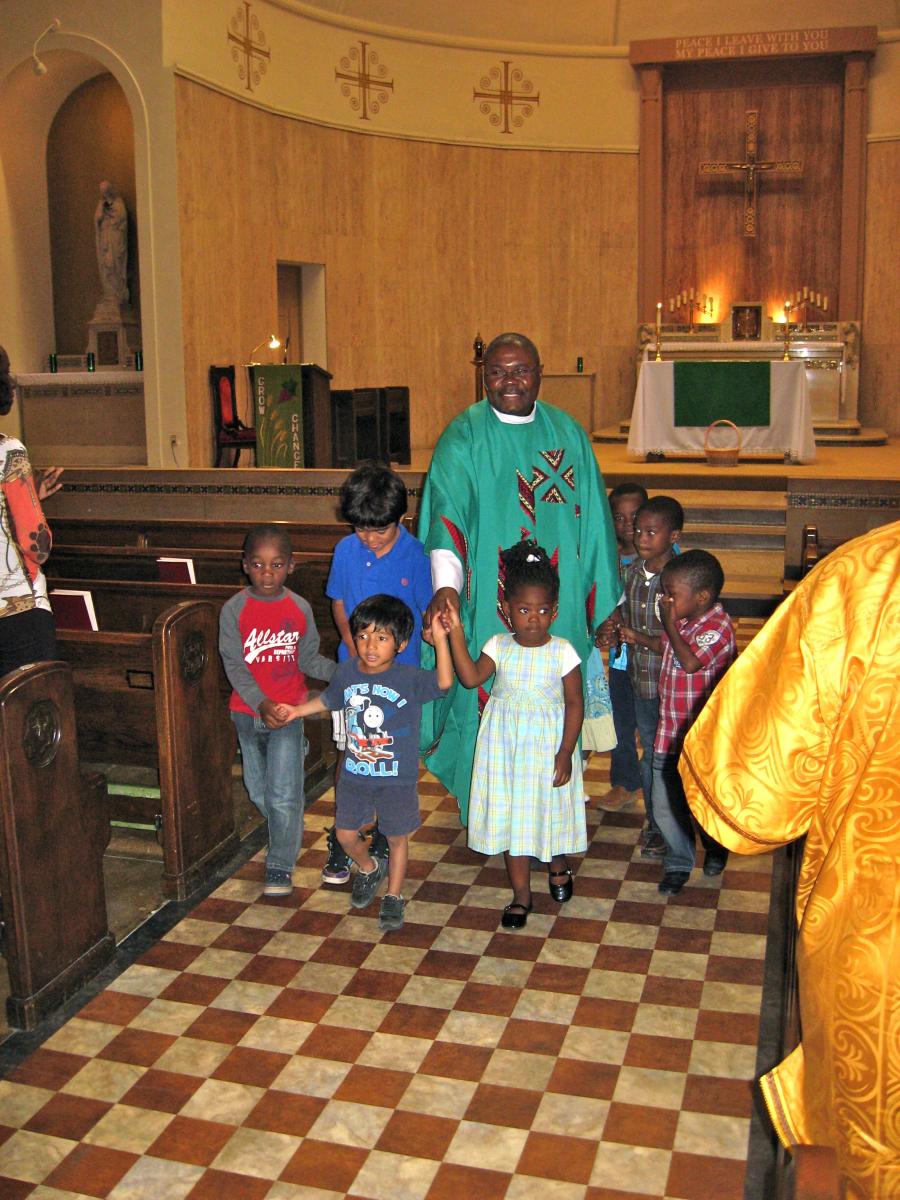 Most of us on the coordinating committee are of French-Canadian descent, and were at one time members of La Societe Canadienne-Francaise du Minnesota (LSCF 1979-2002). Largely due to Franco-Fete, we are exploring ways to bring some of the history and spirit of LSCF to the second decade of the 21st century. Our first effort, which includes considerable content, can be found here. Your thoughts, ideas and contributions are welcome as we continue to evolve in our thoughts and ideas about bring the quiet but abundant French-Canadian and Francophone presence into a more visible role.