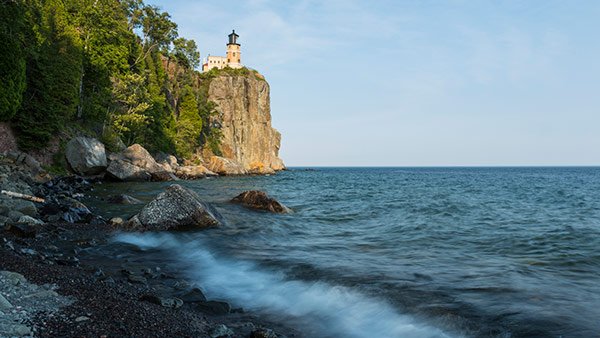 The St. Louis River used to look bad. And smell bad. Dead fish were belly-up in the water, and industrial foam covered shorelines. The river looks a lot better these days, but that doesn’t mean it’s healthy yet.

It’s been over forty years since the passage of the Clean Water Act. This groundbreaking legislation has made significant progress in protecting the rivers, streams, and lakes of the nation from being polluted. In 1987, the St. Louis River was designated one of 43 Areas of Concern around the Great Lakes, citing nine major problems, including “Degradation of Aesthetics.”

Since then, we’ve watched as, one by one, sources of pollution into our waters were eliminated here in Duluth. Reserve Mining is no longer dumping taconite tailings into Lake Superior. Duluth’s sanitary sewer system now collects most of the pollutants coming through the system. The St. Louis River has begun to turn the last corner on its pollution issues.

Recently, Representative Rick Nolan and U.S. Environmental Protection Agency Regional Administrator Susan Hedman were joined by Representative Sean Duffy of Wisconsin to make the exciting announcement: One of the nine Beneficial Use Impairments is now officially off the list. The river looks better than it has in many decades. Twenty-seven years after identifying the river’s problems, with decades of water treatment and habitat restoration completed, the agencies have determined that one problem had been fixed.

More than 50 Minnesota citizens gathered at the base of Spirit Mountain ski area in Duluth, just above the banks of the St. Louis River, to hear about the successes and lessons from our investments in cleaning up the river and Lake Superior. Representative Nolan and Administrator Hedman spoke about the big picture, all the contaminated sediment removed, all the clean-up milestones reached. Minnesota is checking off its clean-up to-do list, thanks in large part to the federal Great Lakes Restoration Initiative (GLRI).

It was inspiring to listen to local citizens talk about what the restoration of the river and lake have meant to them. Fishing guide Carl Haensel talked about his clients finding fish in sections of North Shore streams that were freshly restored to their natural state. Local resident Connie Moeller talked about the loons returning to the bay by her house—a bay that has been a federal Superfund site. Hydrologist Marty Rye ticked off statistics about fish habitat improvements through the coastal areas of the Superior National Forest.

Thanks to the GLRI, and matching funds provided by Minnesota’s Clean Water Land and Legacy Amendment, plans are in place to take the remaining eight Impairments off the list. The work should be done by the year 2025.

Many of our environmental issues took decades or even a full century to create. Attitudes about our waterways and our industries have changed dramatically in that time. While the 1970s and 1980s were about raising awareness of the awful issues we faced, and while the 1990s and 2000s were about cleaning up the messes, in this decade we are turning the corner and beginning, cautiously, to call parts of our work done.

With visionary leadership from across the Great Lakes basin, with support from St. Paul and Washington, we are turning the last corner at the far end of the Great Lakes. The finish line, where water in our community is fishable and swimmable, is in sight. Thanks to the GLRI and the Legacy Amendment, we’re headed straight to that glorious finish.