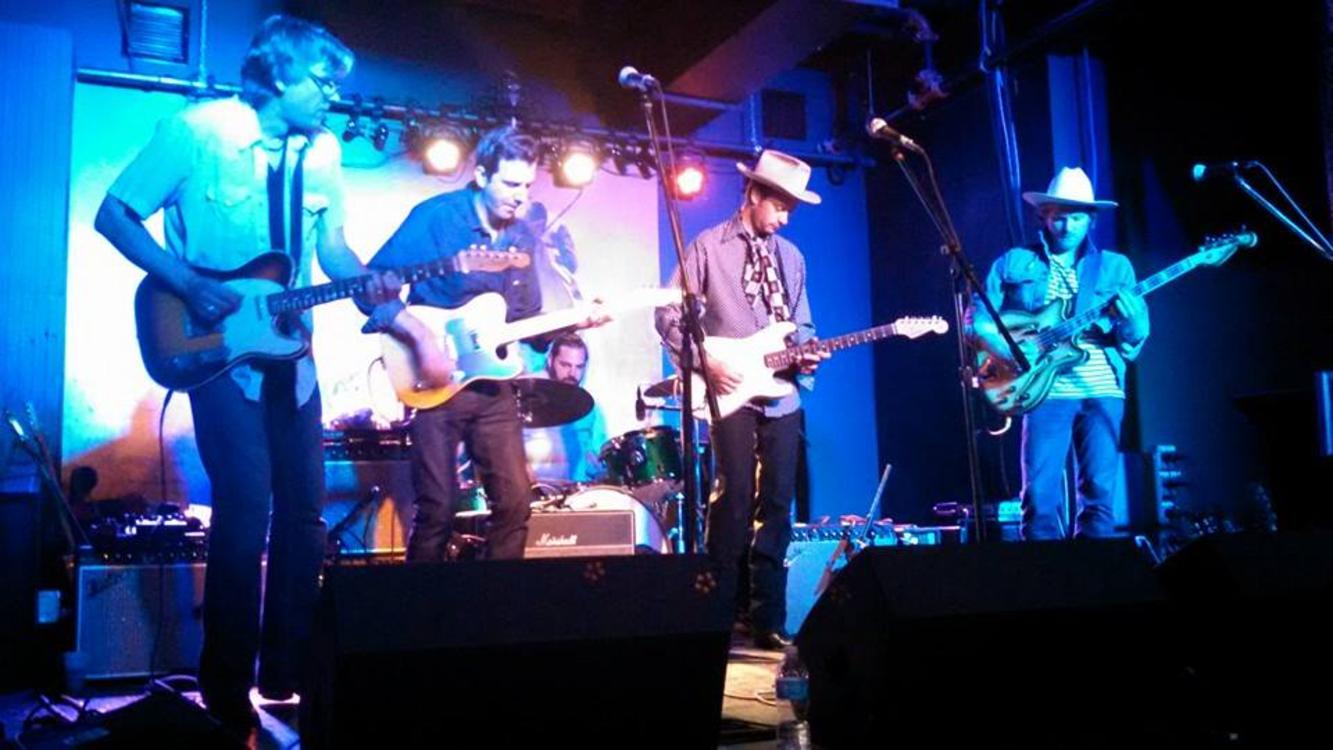 Everyone in St Paul breathed a sigh of returned cool Thursday night when the Turf Club reopened after a summer of renovations. It was a sold out show featuring Dead Man Winter, Frankie Lee, Erik Koskinen and a surprise appearance from The Cactus Blossoms, which wasn’t a shock but sure was pleasant. Much as I like all four bands, the club was the star last night.

The place feels bigger but much the same. Like looking at a friend who shaved a beard, being in the new and improved bar was a guessing game of what’s new, what’s improved and what do we miss. The Cactus Blossoms put it best, “It’s a little different, but we’ll get over it. It smells better.”

The celling was raised. The booths are gone. There’s a new bar or maybe the old bar scrubbed down to the point of new. The bathrooms are cleaner – but the women’s room feels smaller and we’re missing a table to hold your drinks. I heard a few women mourn the loss of one stall – thinking we went from three to two – but I’m pretty sure there have always been two stalls. It’s symptomatic of remembering things a little better than they were. My own mourn, it used to be darker but maybe the dimmer switches for the lights are coming.

The Clown Lounge got new paneling. It be fair the Clown Lounge saw its major upgrade a few months ago when the new owners snuck in new booths. There are no more springs poking out of the seats; so you don’t have to sit so close to the person next to you, unless you want to.

The sound system is better. Even from my favorite spot two inches from the stage I could hear the difference. And of course there’s a the kitchen, but that won’t be serving food until next week. There’s work left to be done. Someone thought by October everything would be finished. And I heard the hammers were still going up until the doors opened. So the Turf Club is still a diamond that could use a little polishing but I think letting patrons seeing the last part of the transformation as it happens will help us all get over it.

Another reason change is easier to accept – your favorite bartenders are still there and I think they’re happy to be back. Many worked at other First Avenue-owned locations or worked on renovations over the summer. Everyone was hustling and there seemed to be a great sense of ownership in the room.

And then there was the music. The Turf Club plays such a great range of musical genres – but I was glad they opened country. Gives a little nod to the old days of blue hair and polka at the Turf.

The night stated with Erik Koskinen and full band. I had seen him the night before at the Mill City Museum. Funny to go from gorgeous outdoor mill ruins to Turf Club; a nice example of venue diversity in the Twin Cities. They started with old songs, played a few off the latest album. Six Pack of Beer was a favorite with the crowd. They didn’t play my Favorite Detroit Detroit, but maybe they’re saving that for the return of Real Phonic Radio Hour in September.

Next up was Frankie Lee, which required just a little shuffle of the deck on stage. Fun to see so many musicians wear different hats and support each other. Off stage I spied a number of local musicians as well – speaks well of the level of music and support in the community. He started with East Side Blues, included Country, which received nice airplay on The Current, especially earlier this summer and told a nice story about his first time playing the Turf Club – with his mom. Very sweet.

Dead Man Winter was next. I spoke with a woman before the show who was thrilled because she got a picture with Dave Simonett. She had just seem him in Colorado at a big show with lots of people and was now thrilled to see him in the smaller venue and to meet him. It was a good reminder of how lucky we are in Minnesota to have the caliber of musicians we have. They are fun to watch and hear.

Finally the Cactus Blossoms, again as surprise guests. They were clearly at home on the stage; they played many of the songs on their live album, which was recorded at the Turf Club last summer. The only thing that was missing was the usual dancers who wowed me with their two-stepping during the weekly Cactus Blossom residency at the Turf.