Hansen sponsors HF2798, which would allow stores to label nursery stock as bee-friendly if it’s been cleared by the Department of Agriculture.

“I believe, talking to people, they are going to respond,” Hansen said. “They want that product. They’re concerned they are buying a product and it has the lethal insecticide in it.”

The committee referred the bill to the House floor.

The bill would define in statute a “pollinator lethal insecticide” for instances when a plant absorbs an insecticide and becomes lethal to pollinators as a result. Such insecticides would include neonicotinoid, also known as neonic, types of insecticides that have become a focal point for research into the decline of pollinators. 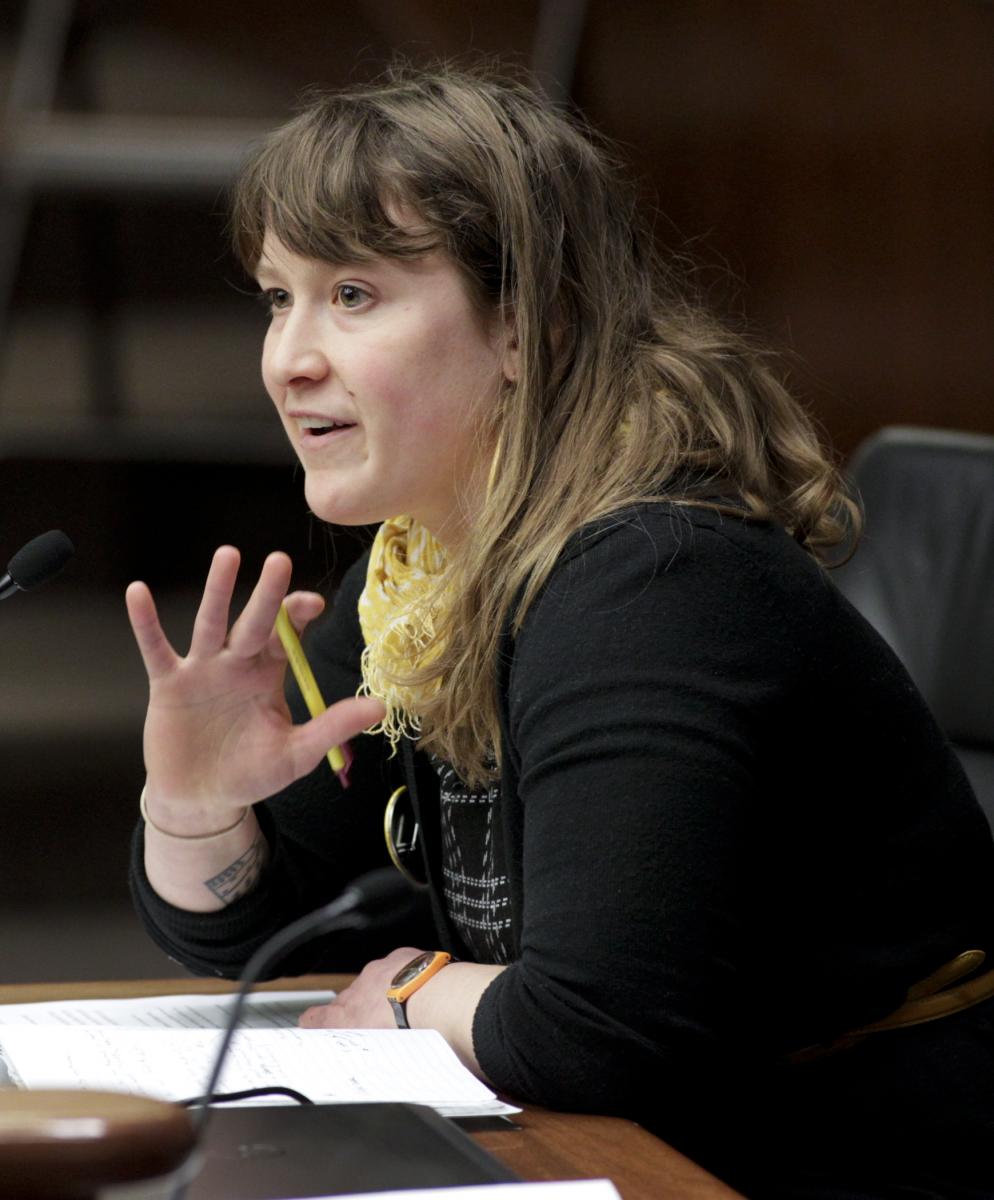 Erin Rupp, a beekeeper who co-owns Minneapolis-based The Beez Kneez, said there have been instances in which plants were labeled as bee-friendly that had been pre-treated with neonics.

“People are wanting to plant bee-friendly flowers. And right now, with this truth-in-advertising bill, they’ll know those things are actually good for bees,” Rupp said.

Rep. Paul Anderson (R-Starbuck) said that while he understands the desire to label plants as bee-friendly, he said he’s concerned lawmakers might “jump that fence” and ban neonics in agricultural practices.

Hansen said he doesn’t have any intention to add provisions to the bill beyond the labeling for nursery stock.

“This is a way of, rather than banning neonicotinoids, rather than restricting their use, we’re making sure there is a truth-in-advertising requirement,” Hansen said.

Tim Power, government affairs director for the Minnesota Nursery and Landscape Association, said his organization doesn’t have a formal position on the bill. He noted the labeling approach “seems to be the least onerous” way to address neonic concerns.

Photo: Erin Rupp, director of education for The Beez Kneez, a Minneapolis honeybee education organization, testifies on Rep. Rick Hansen’s bill, HF2798, which would prohibit plants treated with lethal insecticides from being labeled or advertised as beneficial to pollinators. (Photo by Paul Battaglia)