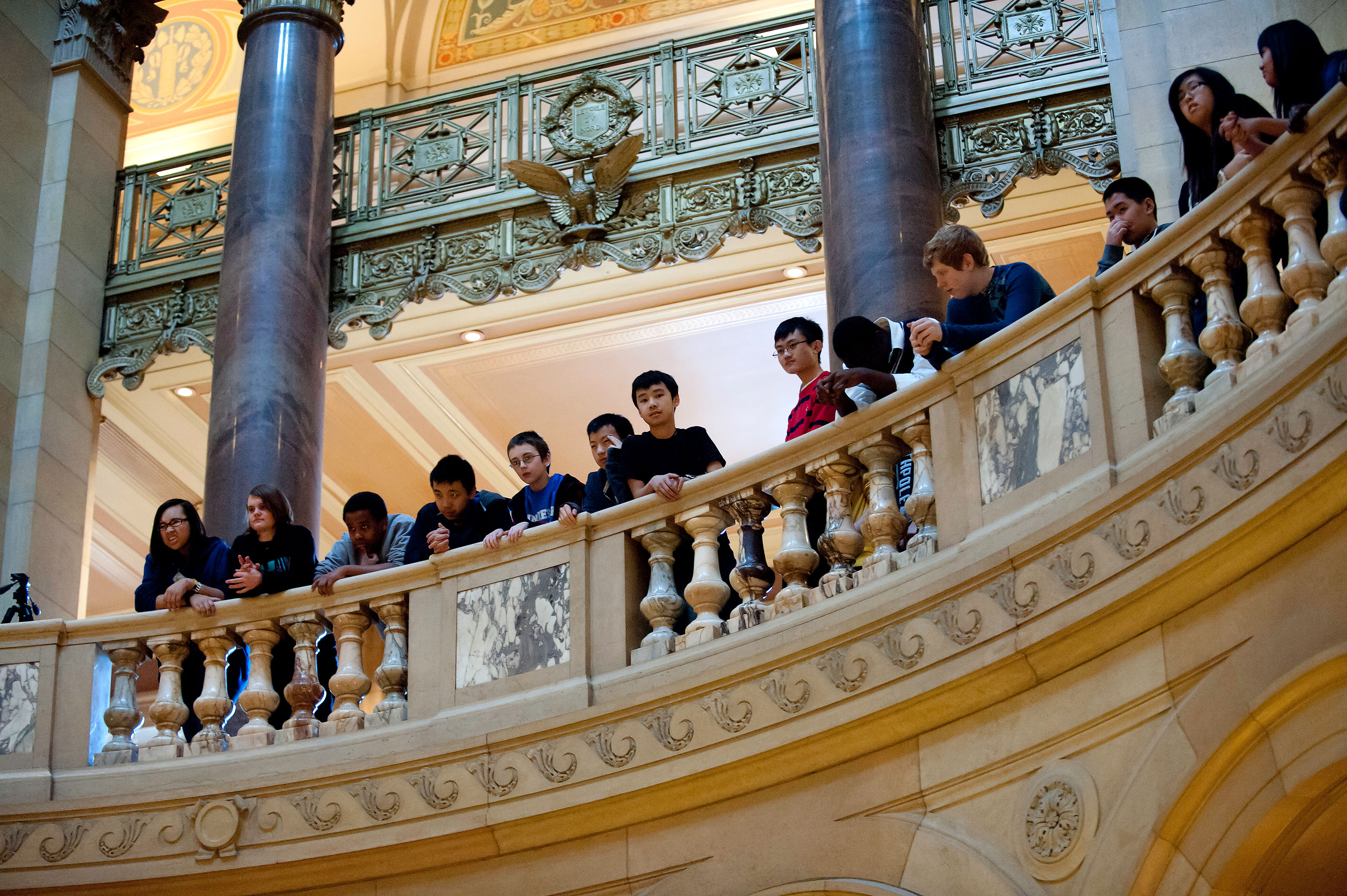 Part of the audience at the OAP Racial Equity Agenda presentation. (Photo by Bruce Silcox)

“OAP has released a Legislative Report Card on Racial Equity for seven years,” said Kay. “Last year we added the simultaneous release of the Racial Equity Agenda. Together, these pieces provide an accountability tool and a forward-looking approach to working for racial justice in Minnesota. It is important to amplify the multiple, different voices for racial justice and to connect them with our shared vision.”

“Minnesota has the ability to manifest total racial equity,” local speaker, college student, and artist Chilli Lor proclaimed to the spectators and Agenda participants ringing the first and second floors of the Capitol Rotunda. The young Hmong woman was one of many individuals and organizations invited by the Organizing Apprenticeship Project. 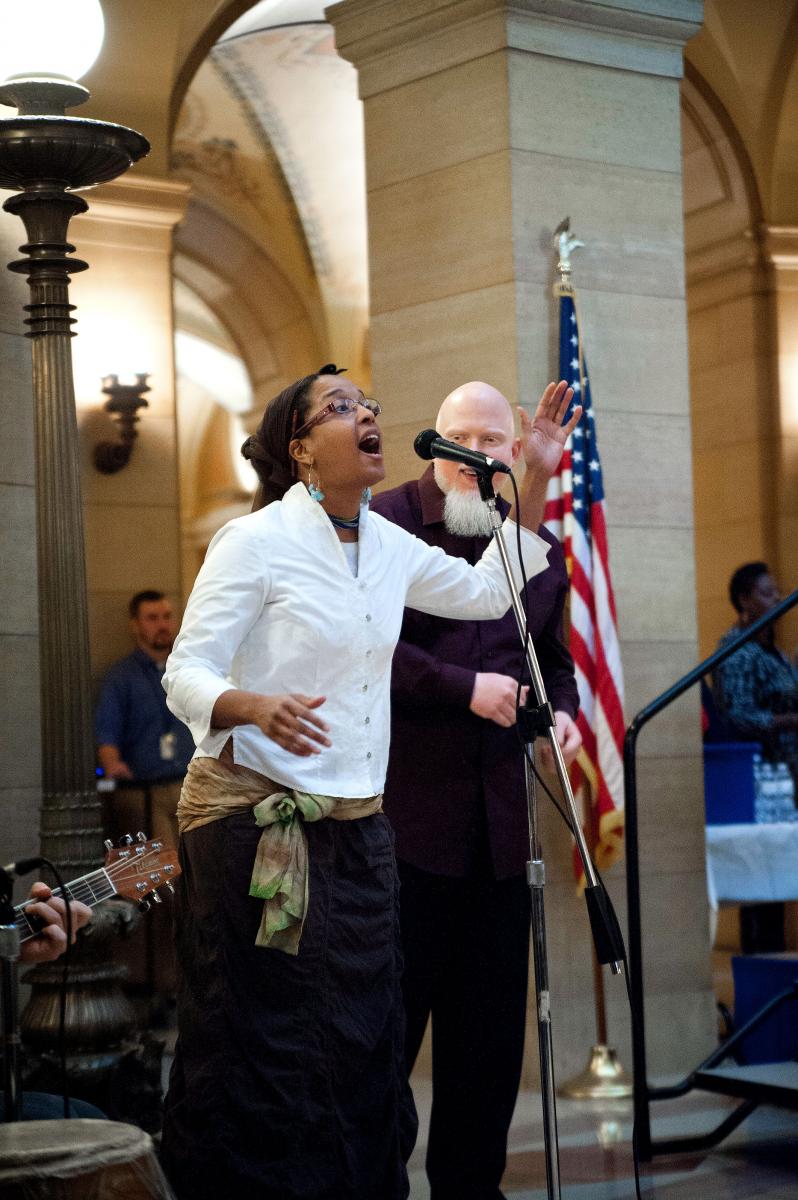 The Capitol audience clapped along to hip-hop artist Brother Ali, who opened the event in song. He was followed by a newly elected member of the Minneapolis Education Board, Tracine Asberry; member of the Mille Lacs band of Ojibwe, Jamie Edwards; and Minnesota Commissioner of Education Brenda Cassellius, who was representing Governor Mark Dayton. Dayton received an award in absentia for “A grade work” on behalf of minority groups, delivered by the OAP.

Several state legislators, including Senator John Marty, Senator Bobby Jo Champion, Senator Jeff Hayden, and Representative Tim Mahoney were presented with ‘Racial Justice Champion’ awards. Many coalition organizations with a focus on Latino, black, and LGBT concerns were also on hand during and after the event to discuss matters with the hundreds of event-goers.

“As demographics change and people of color grow in political power, we want to be sure to offer opportunities for our communities to engage in the political process and policymaking,” said Kay. “This event is one way of opening that door wider.”