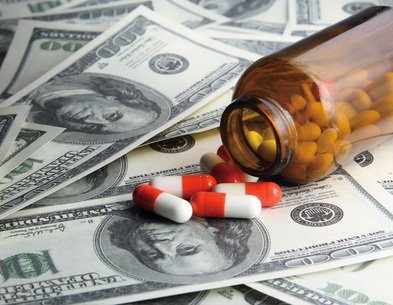 Preferred One customers could follow it out the door. The law guarantees them a right to renew their policies, though they might have to pay higher premiums. The catch: there are no federal tax subsidies for premiums outside MNSure. So anyone with a subsidy has to choose new inside-MNSure insurance or lose the subsidy.

If you do nothing, your insurance coverage through most plans (MNSure and most private and employer plans) will automatically renew. What’s the catch?

First, automatic renewal does not mean renewal at the same rate. Premiums may go up, so you could pay more. Deductibles, co-pays and the rest of the terms could also change.

Second, if you are getting a federal tax subsidy for premiums, that might change. The amount of the subsidy depends on your income, your family circumstances, and the cost of your insurance plan. If any of these changes during the year, your subsidy could change. If the subsidy amount goes up, you’ll eventually get the money. If it goes down, you could end 2015 owing repayment to Uncle Sam.

People who keep the same Affordable Care Act/MNSure coverage, could get higher premiums or lower subsidies, or both. According to the National Journal, “some people won’t even know their costs went up until they get a bill from the IRS.”

What to do? Go back into the system — after November 15 — and compare plans. Enter your current income and family information. Then choose the best plan for you for the coming year.

ProPublica reports another tactic insurance companies use to get more money from sick people. The companies change tiers on drugs. What does that mean?

Insurers assign drugs to “tiers” and charge copayments that vary according to the tier. Usually, generic drugs are in the lowest tier with the lowest copayment. Not any more. ProPublica reporter Charles Orenstein paid a $15 co-pay for his infant son’s generic asthma medication one month — and was charged $30 the next month. He wrote:

“Until then, I hadn’t known that my plan charged two different prices for generic drugs. If your health insurer does not use such a structure, odds are that it will before long.”

“[T]wo advocacy groups filed a complaint with the Office of Civil Rights of the United States Department of Health and Human Services claiming that several Florida health plans sold in the Affordable Care Act marketplace discriminated against H.I.V. patients by charging them more for drugs.

“Specifically, the complaint contended that the plans placed all of their H.I.V. medications, including generics, in their highest of five cost tiers, meaning that patients had to pay 40 percent of the cost after paying a deductible.”

Open enrollment is the time of year when you can switch insurance companies. The next open enrollment for MNSure begins November 15. If you’re insured through your employer, check with them to find out your open enrollment period. And stay tuned for more information.