We carved pumpkins. It won’t surprise you to know that I was going to carve VOTE NO into mine. I went to work diligently, not paying much attention to what my clan was up to. The T was giving me trouble. My knife slipped and I had to re-group. I had three letters left. I paused long enough to look around and noticed Big Man had some intricate spider and web-thing going on and Thing 1 was working on the silhouette of a cat next to a pumpkin. The cat would have a witch hat on it’s head. 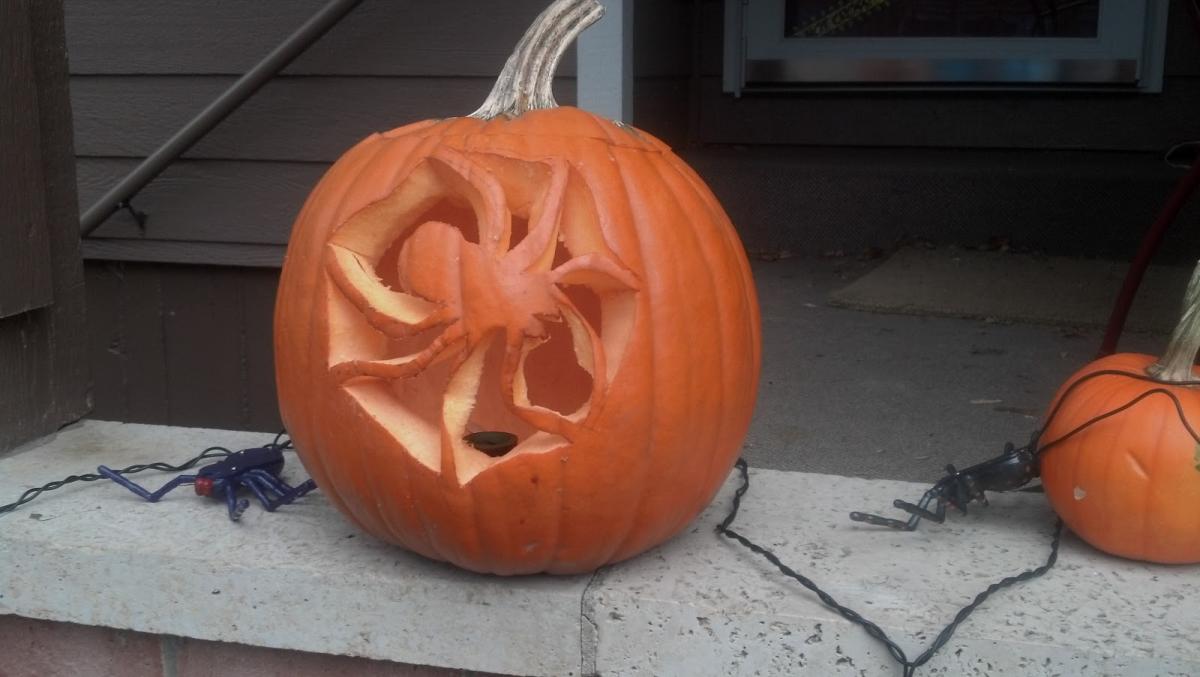 If you don’t know what that means, you don’t read my blog much.

So, I did what any self-respecting woman who never claimed to like carving pumpkins to begin with would do. I quit…after I finished the E. VOTE seemed like a strong enough statement. 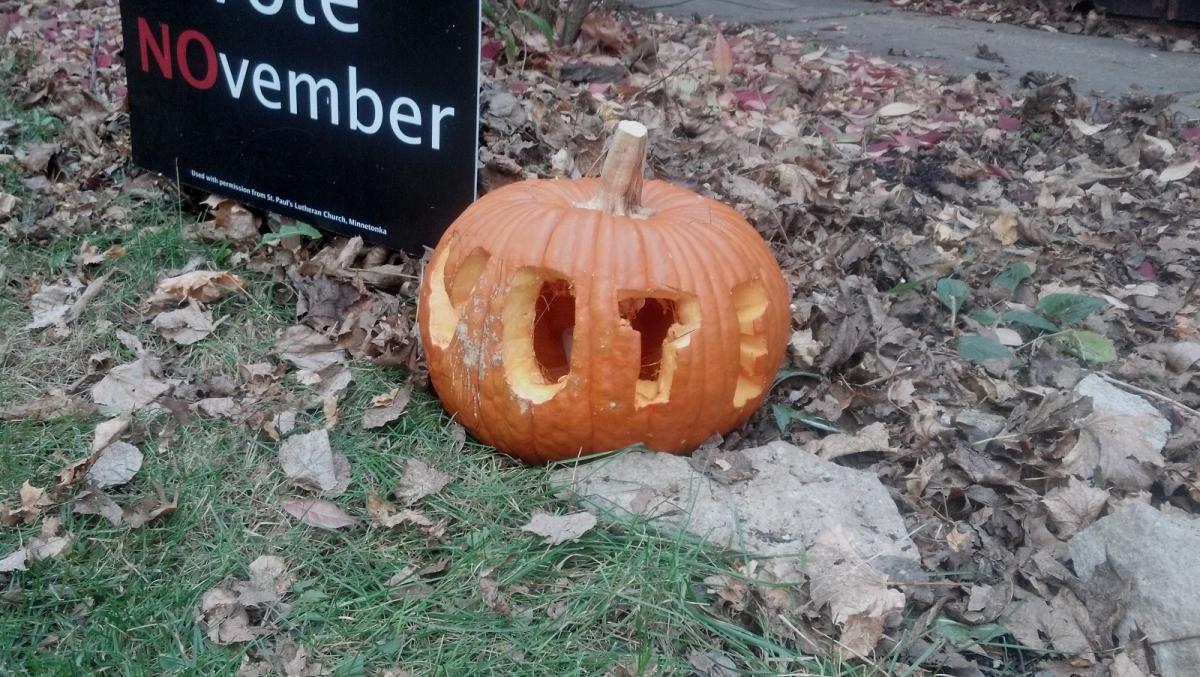 I set that pumpkin out next to the hot cocoa we were offering to those who dared to enter our haunted house. A few moms confessed to thinking it a strange sentiment. They wondered if they were supposed to vote in some sort of contest we were running. I shrugged it off. They could see my kindergarten T, to which they made no pointed comments.

But then a group of freshmen boys came by. They loved the haunted house. It seemed hysterical to them that their doctor (Big Man) was inside dressed as a weird sort of wizard/troll. They came out, went in again, and then huddled next to me getting cocoa. One young man looked at my pumpkin and I braced myself for the comments/questions/ridicule. Instead, he said, “Are you going to Vote No on the marriage amendment? It’s kind of a big deal, isn’t it?”

His head pumped up and down. “I wish I could. I would, too. It’s the right thing to do.” He pumped his fist in the air and they all took off.

This seems to be the way of my storytelling this year. I haven’t hit the masses, but I get little nuggets of opportunity here and hints of affirmation that people are paying attention there.

I can only hope that a little adds up to enough.