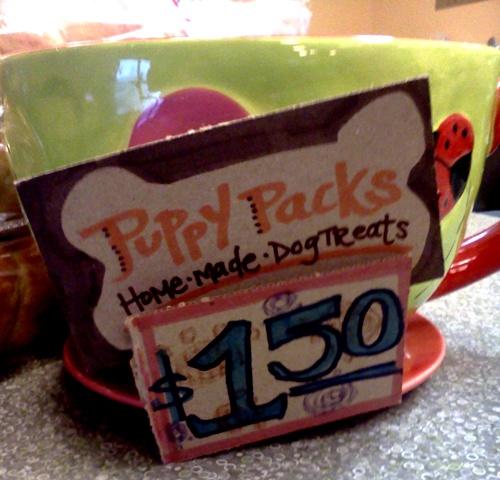 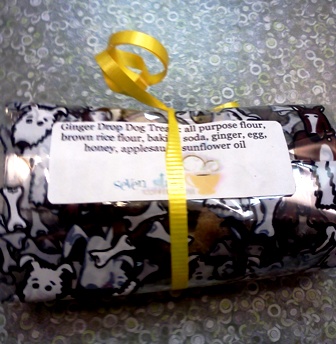 Sadie the Wonderdoodle has lodged an official complaint with Sidewalk Dog. According to a memo she submitted to our inboxes Monday morning, it has been NINE WHOLE MONTHS (capitalization hers) since she’s been able to perform her only job at Sidewalk Dog: the Treat Taste Test. Last May, she sampled Doggy Fro Yo, a delectable summertime treat, and she was clamoring once again to grace us with her completely unbiased opinion of a new gourmet goodie.

So when we encountered a mug full of Puppy Packs at Seven Stars Coffee House in Edina, we decided to indulge her demands:

Size: Perfect for a mid-sized dog like Ms. Wonderdoodle. You wouldn’t use these as training treats, but they’re not so big as to spoil dinner. This Puppy Pack included capital-A-dorable shapes like snowmen, hearts and stars.

Texture: Toward the denser end of the crumbly spectrum.

Test: Sadie waited patiently as we photographed the shapes for scale on the coffee table. After we gave the command, first went the heart. Then the snowman. Finally, the star. Luckily, she didn’t eat the Finnish dime from our coin collection, but if it were made out of the same ingredients as these magnificent morsels (ginger, honey, applesauce), we’re sure she would have tried. Then again, who knows what they make dimes out of in Finland… It should be noted that Doodle-Face consumed these beautiful biscuits whole, which can only mean one thing: They are too delicious for chewing. No time for chomping, gotta get these gingery gems straight to the belly, stat!

Verdict: Whimsical treats guaranteed to wag a Wonderdoodle’s tail (and other doggie tails, too).

Where to get them: Seven Stars Coffee House in Edina. Do yourself a favor and pick up a hand-rolled salt-and-pepper bagel while you’re there. 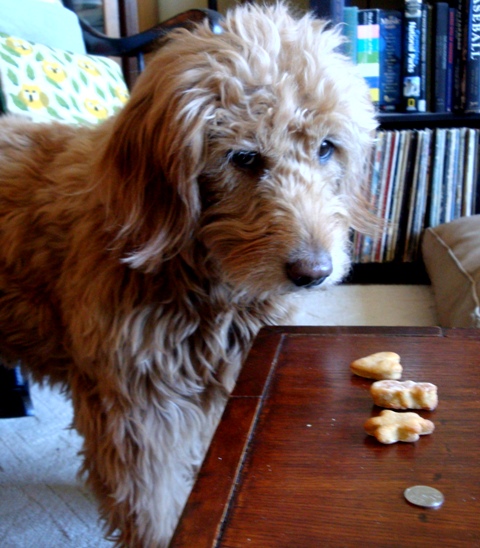 I get to eat these at some point, right?