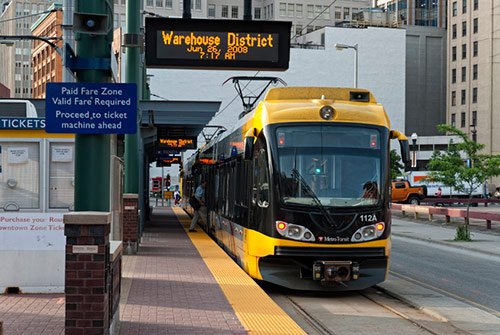 Start with a Minnesota Department of Health report on geographic concentrations of asthma. As summarized by Minnesota Public Radio, the worst place in the Twin Cities for the breathing disease is along Interstate Hwy. 94 in north Minneapolis.

While fumes from the freeway may not be the main cause of this finding — dirty rental housing and higher rates of smoking among low-income residents of the area are also implicated — tens of thousands of motor vehicles roaring by daily a short distance away certainly doesn’t help. And for African-Americans and Native Americans, the Minnesotans most afflicted by asthma, claims of environmental racism in the routing of pollution-spewing highways gain strength.

These outcomes occurred despite increased development in the corridor since the light rail launched in 1999, the researchers noted. “Without the University TRAX line, there would be at least 9,300 more cars per day … and possibly as many as 21,700 additional cars,” said the study leader, Prof. Reid Ewing. “The line avoids gridlock, as well as saves an additional 13 tons of toxic air pollutants [per day]. This is important knowledge for shaping future transportation policies.”

Ewing also warned that his study “cannot guarantee that light rail transit would have the same effect on traffic at other locations.” That said, the Utah line resembles the new Twin Cities Green Line in two important respects: serving a major university campus along a busy urban street corridor. Since its June 15 opening, the Green Line is showing strong ridership, increasing by 4,500 a day over the first week, when free rides were offered. Its projected 40,000 daily boardings by 2019 may be reached long before then.

Right now, we can only guess the effect on auto traffic along University and Washington Avenues linking the St. Paul and Minneapolis downtowns. But I’m betting the air beside the tracks is already easier and healthier to breathe.