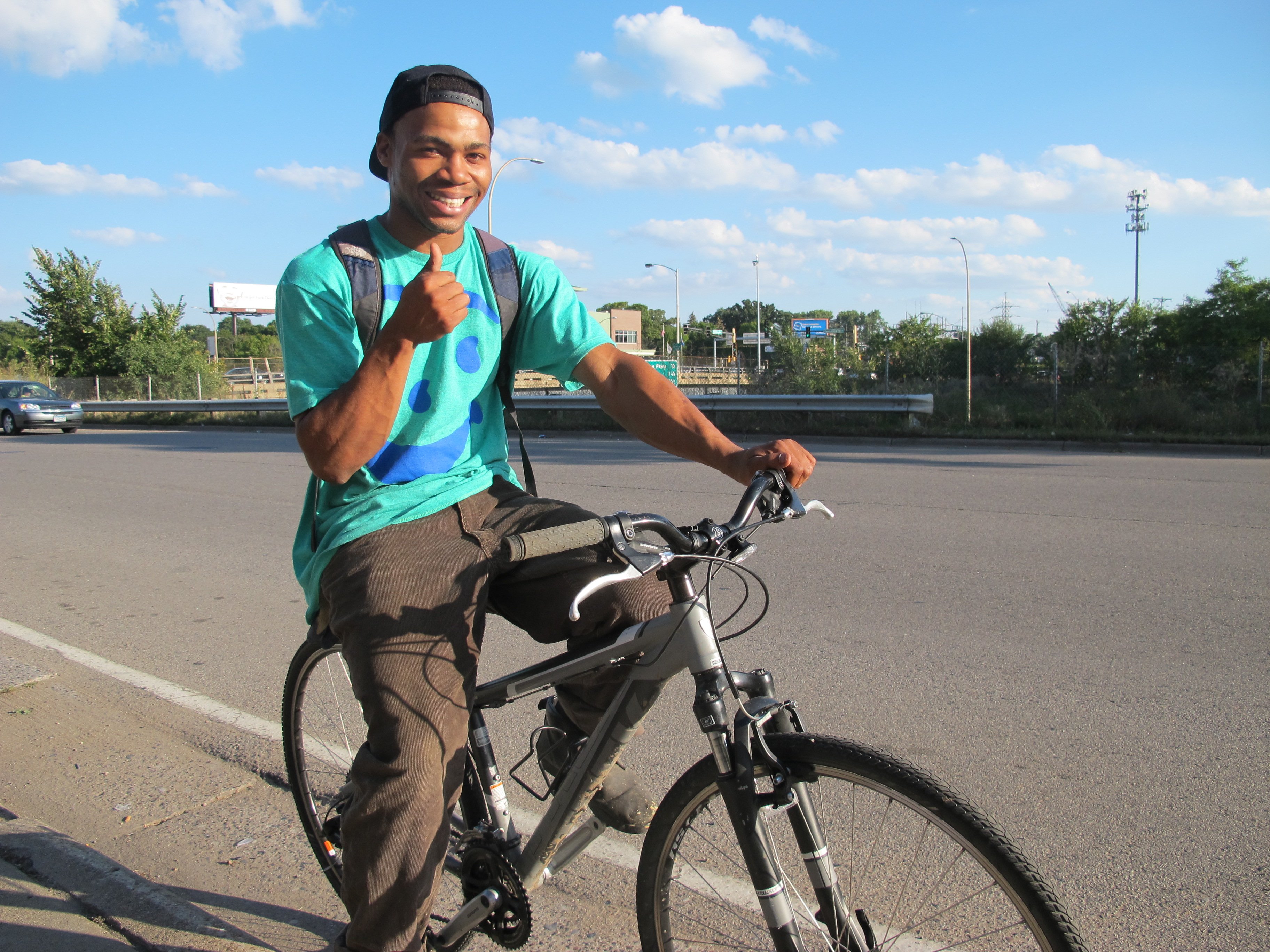 “I like to look at the scenery. There are some nice areas to bike down by the river.”

Rashaad estimates he bikes about 15 miles per day. “If I gave up tobacco products, I think it would help,” he admits.

“I moved to my current place in the White Bear area about three years ago. Before that I still lived in the area,” Rashaad states, noting that he has lived his entire 27 years in the metro area.

“I wanted to have a car. But, I’ve been biking so long and now that the train is here and there are buses, I don’t really need it,” he shrugs.

Rashaad finds many benefits to biking. Besides being able to enjoy the scenic parts of the city, he says, “It’s good exercise. I save money. I’m preventing pollution.

“See those ‘no parking’ signs?” Rashaad asks, pointing. “There could be more of those and these bike path lines could be made brighter so people could see them,” he notes, describing ways that biking could be made easier for him.

He adds, pointing southward, “The Summit area– they do a better job.”

“I bike everywhere,” Rashaad reiterates. “I use my backpack for carrying things.”

“I make a lot of small trips to get just what I need. I could save money by going for one bigger trip. I’ve got to figure something out for that,” Rashaad describes how he carries things home after running errands. “I bus it a lot for groceries.”

Rashaad rides away, heading west and north on some side streets before re-entering northbound Snelling Avenue.

At top: Rashaad, on tour of northbound Snelling Avenue.