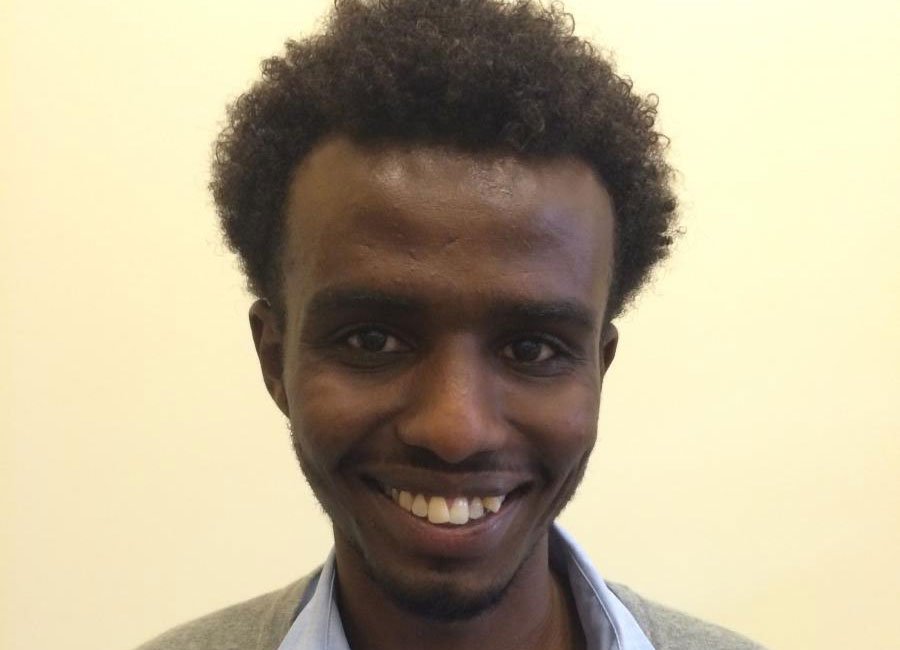 Welcome to the very first Transpo Convo! This is a brand new ongoing series in which I interview people about their transportation use. In this first installment I share a few highlights from my conversation with Mohamed F., where we gab about bike lanes, transit pricing, and what Metro Transit could learn about rider experience from Nairobi’s matatu culture.

Mohamed lives in Ventura Village in Minneapolis and works at the Franklin Library.

Mohamed F (MF): I bike a lot, and then walking, driving, and taking the bus.

CWW: What’s your favorite thing about biking in Minneapolis?

MF: Well, it’s convenient. It’s a very, very highly congested city and everywhere you go to there’s some sort of parking problem. Being able to bike absolutely gives you the freedom of mind so that you know when you go to Starbucks you don’t have to worry, oh am I going to find parking, what’s going to happen. You just bike there and you know there’s free parking just waiting for you. And even when you’re there you never have to worry about the two hour parking limit on the street or anywhere, so it absolutely gives you a freedom of mind.

CWW: And then what’s your least favorite part about biking in the cities and in Minneapolis?

MF: Well, it’s obviously the danger part of it, when you’re on two wheels and you are sharing the street with things that weigh tons and tons that are moving very fast paced. And you just hear things here and there about bike accidents, like once we had one right in front of the library and it was fatal. So it’s not my least favorite part about biking, but you know, it’s just something that’s always out there when you are on two wheels sharing the road with cars. For someone who’s had one impact and a couple of close calls it’s something you become very well aware of.

CWW: What would make biking in Minneapolis safer?

CWW: Before I’d mentioned the Open Streets event that’s coming up. There one of the things they’re doing is setting up a little example bike lane that has the separation of the bike lane from the cars. What do you think of that?

MF: I think that would even add to it, and not only would it make you feel safe but it also gives a good point of reference to the drivers. If it’s a physical thing that they will see to add an extra layer to it.

CWW: Do you think there’s something that could make transportation in Minneapolis in general better, whether it be bus or car or…

MF: More bike lanes for sure, for streets like Franklin and Lake Street with more heavy traffic. But I think Minneapolis is doing a lot better than other places and we are very aware of how to better our transportation, so I don’t know what else I would add to Minneapolis. We could try to make our buses a lot greener than they are, we have some very old buses that are polluting.

CWW: How long did you live in Nairobi?

MF: Well, the closest comparison you can come is that the majority of the population relies on public transportation called matatus, they’re like buses. There’s both full size buses and small buses. Large as in our buses [in Minneapolis] large, and then there’s the 15 passenger smaller ones too, called matatus, they’re very famous. So that’s the closest you can come, and the majority of people walk. The matatus are not public, they are all privately owned.

CWW: Do they run on any sort of standard system?

MF: Well, there are regulations that you have to have seat belts and all of that, you can’t have people standing and all of that, but people break those all the time. And I’ll tell you this, they are a lot more advanced and a lot more comfy than even the buses that we have here, in that they’re all private. They have screens, they have TVs that people can watch, they play music, they are very brightly colored, and some of them are so famous that people would actually wait to take them. Like people would stand at the bus stop and let another one go by. Buses like Shark and Miami, when we were back home, you would wait for those ‘cool buses.’ On your way to school you would wait for Miami to come and you’d pay your 10 shillings, but you’d wait for it, compared to the one that came before. So they have a little bit of an edge in that sense, that they are a lot more technologically savvy than our ‘dumb buses.’

CWW: Do you think there’s something Metro Transit could improve about our buses?

MF: Definitely make them comfier. Even if you don’t have to make them comfier, just make them a little bit more attractive, play with the seats, make them more colorful, just do something! They’re very very bland, and the environment in the buses is always gloomy, you just sit there and it’s just people looking at each other.

CWW: So what you’re really looking for is an experience then. Like the experience of Shark and Miami, that you’d take and let the other ones pass by. Do you think you’d be more likely to use the bus if it offered you some kind of experience like that?

MF: Oh, absolutely. Not even if they put TVs or anything in it, just instead of having just white and blue, make them more colorful. It would absolutely attract someone like me who doesn’t usually use them.

CWW: Is there anything else you want to say about transportation in Minneapolis, how it could be better, what’s awesome about it…

MF: I really, really think they should change the bus thing where they pay for time instead of the actual riding. For one thing it’s very expensive, and I don’t know anything about the cost that Metro Transit has to incur, but I don’t like the fact that when you’re buying a ticket you’re paying for a two hour ride instead of going back. So let’s say I have something to do, I need to go to the central library and study there all day, so I get on the bus from here, and I’m paying for a two hour trip pretty much, and then I have to use my ticket back in a certain amount of time. I want to pay for my ride.

CWW: So what if you had a choice, so you could either do as many trips as you want in two hours, or you could do a cheaper one way, or the same price for two trips, but it could be over any number of hours.

CWW: Do you think the bus is too expensive? Like when you think I could take the bus or I can just drive?

MF: Well, I think the bus is still cheaper than driving, but I think it could be cheaper for the main public that uses it. A lot of people use it because they can’t afford cars. One other nice thing about Metro Transit, after criticizing them this whole time, is that they are really nice to students. You can get a student pass and you can use them unlimited, so it makes it more accessible to students. It’s very nice to students in helping students get from point a to point b.

Thank you for the Transpo Convo, Mohamed!