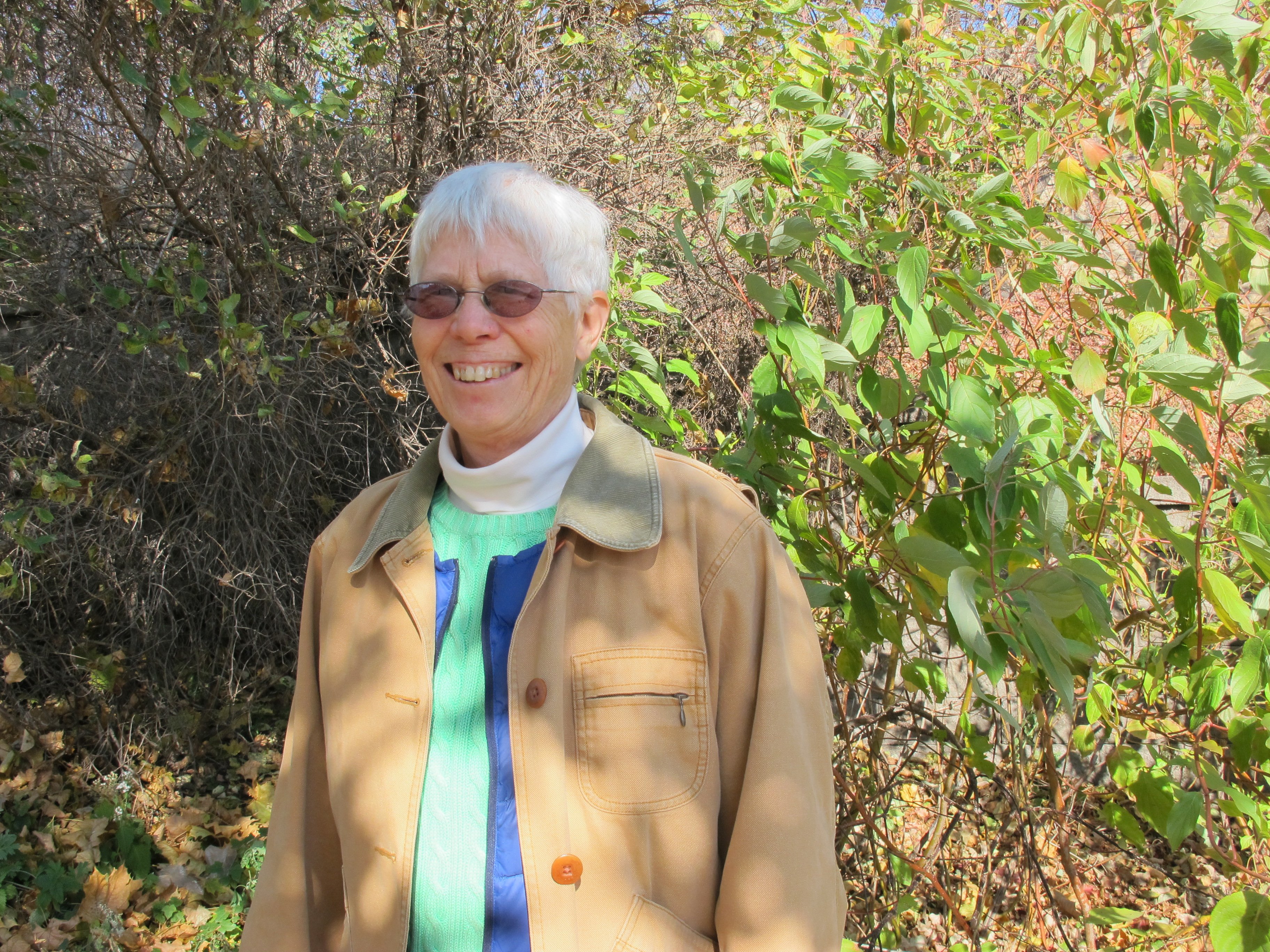 When one asks Jeanne Weigum what could improve her transportation experiences around the city, a conversation about public gardening ensues.

Weigum believes public gardens and plantings along the freeway can soften the streetscape. “But, there needs to be a plan in place for maintenance when they are started. Thought needs to go into the height of the plants, the types of plants. Tough perennials are best, like salvia, peonies, Russian sage, and baptisia.”

“For 30 years, I have been working on getting rid of billboards. They are a marker for decay in a neighborhood. I think I have always worked simultaneously on community gardening. I initially read somewhere about trying to get things to grow along freeways, scattering seeds,” she continued. Weigum is the director of Scenic Saint Paul, a group that aims to maintain beautiful neighborhoods through regulations of billboards and signs.

“A friend of mine, Bonnie Lawrence, actually started the public garden at Snelling and Marshall. She called it ‘Guerilla Gardening.’ No one gave us permission.”

Jeanne Weigum says, “It’s been so long that I’ve been doing this, I don’t even know when I started. I think I started with gardens that were started by someone, probably the city, that were being ignored, places that I found when walking and biking.”

Weigum recounted her frustration with her first garden on Snelling Avenue, which was in front of O’Gara’s parking lot. The garden ended when an organized group was trying to be helpful in cleaning up the neighborhood for the fall and pulled the plantings from Weigum’s garden.

“After that, I scouted the neighborhood to find a comparable space. Minnesota Department of Transportation (MnDOT) had a partnership program going on to get more plantings along the freeway. I inquired about the property at Snelling and Concordia. The partnership ended up being MnDOT’s property and my hard work,” she said.

Weigum now gardens the MnDOT properties at Snelling and Concordia and Snelling and Marshall. She also gardens along Summit and across from the Ford Plant in Highland Park.

“Public gardening is very different from a garden at your home. You really have to think about the types of plants that will work in those conditions. You aren’t there as often to deadhead the flowers and you might not have supplemental water sources.”

One would think that the salt used for icy roads would affect these plantings, but Weigum says that has no effect.

“At Snelling and Concordia, there is some filler that was there before the gardens were started. I don’t know what it is, but nothing grows there.” 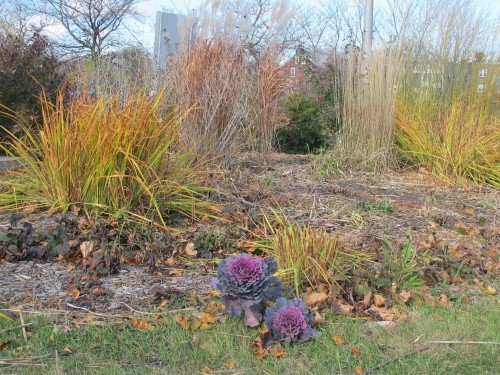 An Autumn view section of the MnDOT public garden at Concordia and Snelling Avenues tended by Jeanne Weigum.

That corner is also known to be heavily used by panhandlers.

“The most litter that I find around that garden is empty mouthwash bottles. Each year’s group is different. Some years, the homeless people lie down on cardboard right on top of my plants and destroy the gardens. Other years, they are more respectful of the gardens. I do get to know them and talk with them, so they don’t really bother me when I’m there working.”

Weigum does notice, however, that the panhandlers could affect walk-ability in that area. “There is a definite person in charge there this year and if he is challenged, some violence can occur. I know that it is between them, but others walking by or through that may feel threatened. It isn’t really walkable with the homeless panhandling there.”

“That corner also isn’t as connected as Marshall and Snelling. People will see me working at Marshall and Snelling and give a honk or shout out to me. No one really pays attention at Concordia and Snelling. They both seem to be just as busy with just as much stopped traffic,” Weigum notes, wondering about the differences in two locations that are so close together.

While Weigum supports plantings for vibrancy around the city, she is unsure who else would have the commitment and knowledge to work on these gardens the way she has for decades.

“My friend Bonnie used Sentence to Serve crews to help. But, those groups don’t really have the knowledge of how to kill particular weeds,” Weigum explains, noting that some weeds multiply after being pulled with their leaves scattered.

“Volunteers have a shelf life of about two years. It may take two years just to train someone. A person needs to be quite committed to this to be successful at public gardening,” Weigum says. 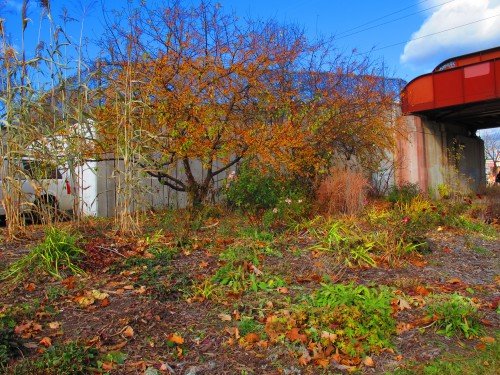 An Autumn view of the MnDOT property public garden at Marshall and Snelling Avenues tended by Jeanne Weigum.

“In the past, the city’s gardens have been high maintenance. They plant grasses and annuals that need lots of care in the spring, when there are other priorities. Their interns don’t start until June and by then it is too late.”

Weigum does not have an answer for the future of public gardens, especially when she can no longer commit to the project. “Maybe district councils can get more involved or some group with money dedicated to supporting the gardens. They’re not going to be able to do it with just volunteers.”