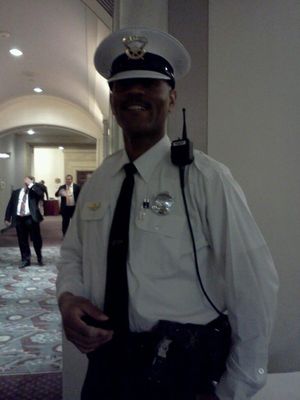 Unlike registered lobbyists, political action committees and labor unions–all of which are required to disclose their funding and activities under various state and federal laws–the American Legislative Exchange Council (ALEC) operates without much transparency.

Largely funded through corporate dollars, ALEC promotes model bills, though in Minnesota, known ALEC leaders and members like Mary Kiffmeyer, Mike Parry and Steve Drazkowski deny that legislation they sponsor has anything to do with a group they decided to join.

One gathers voters are supposed to accept those statements without question, as if the group is nothing more that a corporate-subsidized gym membership that no one ever manages to use.

Representative Phyllis Kahn has thrown HF2972 into the hopper, a bill to require legislative meetings:

The first part of the bill requires legislative meetings to be open to the public, no doubt a much-needed response to the closed meetings that took place during the government shutdown. For a refresher on the problem, check out Pat Kessler’s Reality Check from last summer: Reality Check: MN Legislators’ Private Shutdown Meetings. And there are some changes to the way campaigns are funded.

But the rest of the bill concerns “model legislation lobbyists and principals, and scholarship fund principals and public officials requirements added;” in short, provisions that will require ALEC’s activities on behalf of model bills to be as transparent as those of lobbyists.

This is a good idea, and one that ALEC members should welcome, since if their claims are true, disclosure of the group’s activities would document their claims that their gatherings are as innocent as the local Sunday school’s ice cream social.

However, as I think back to the piles of food at the corporate-sponsored breakfast and luncheon receptions at the 2011 ALEC Task Force Spring Summit in Cincinnati, not to mention the closing reception (admittedly, some of the legislators–none Minnesotans–complained that only wine and beer were available at the open bar), I suspect that the spending for the ALEC faithful exceeds that for the former event.

Photo: This handsome Cincinnati police officer–like his colleagues on all five floors where ALEC meetings were being held–was guarding the elevator to make sure that no journalists or uncredentialed dirty hippies got through to find out what was happening.