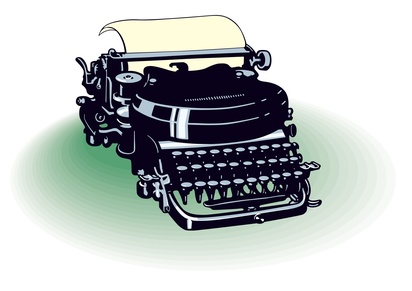 We regularly publish Doug McGill’s excellent reporting on the local, Minnesota connections to global human rights issues, and just as regularly publish vitriolic attacks that come in the comment section from defenders of repressive regimes. These attacks regularly charge that refugees bearing the scars of torture are liars and that reporters who tell their stories are dupes. On the other hand, comments from victims and family members also pour in, thanking McGill for finally telling their stories.

This week, we published a photo with McGill’s article on Ethiopian human rights abuses in the Ogaden region.  McGill wrote an accompanying sidebar to the main story, acknowledging in the sidebar’s first two sentences that “doubts exist about the provenance” of the photo, which purported to show torture by Ethiopian soldiers, and continuing with a lengthy explanation about his concerns about its accuracy, the difficulty of verifying its origins, and his final conclusion that, “on balance, I believe the possible benefits of publishing the photograph if it is authentic, outweigh the possible costs of publishing it if is not.”

That’s one of the benefits of the Internet and its opportunities for “crowdsourcing” – corrections can come quickly and form many sources. Our policy is transparency and transparent correction of mistakes, which we did within less than an hour from the original publication.

We have learned from this episode. The fact that we published a sidebar (and a photo caption pointing to the sidebar) made evident that we knew – and that we were eager to tell readers – that the photo’s authenticity was indeed an issue, and one that we wished to clarify. If faced with a similar issue in the future, we would publish the photo as a separate story, with the explanation about where it came from, and with an explicit call for readers to help us track down its origins and tell us what it shows.

That’s particularly important because the commenters who regularly deny all reports of Ethiopian human rights violations insist that our mistake about the photo throws the entire story into question. We stand firmly by the story, and we hope that our transparency regarding the photo gives you confidence that, were we to become aware of any other errors, we would deal with them just as quickly and honestly.

The fact that human rights violations are occurring in Ethiopia has been verified by Human Rights Watch and by the U.S. State Department. See Ethiopia: Army Commits Executions, Torture, and Rape in Ogaden from Human Rights Watch, and the 130-page report “Collective Punishment: War Crimes and Crimes Against Humanity in the Ogaden Area of Ethiopia’s Somali Regional State,” also from Human Rights Watch, and the State Department’s reluctant acknowledgement of widespread human rights violations in the Ethiopia report contained in Advancing Freedom and Democracy Reports, May 2009 from the Bureau of Democracy, Human Rights, and Labor. (These and similar sources have been cited regularly by McGill in his reporting. We cite them again here because some of the commenters lie and say that no such reports exist.)

The sometimes dry language of the official reports from Human Rights Watch and even from the U.S. State Department is given life and breath by the tearful stories and mangled bodies of refugees here in Minnesota. We will continue to tell their stories.