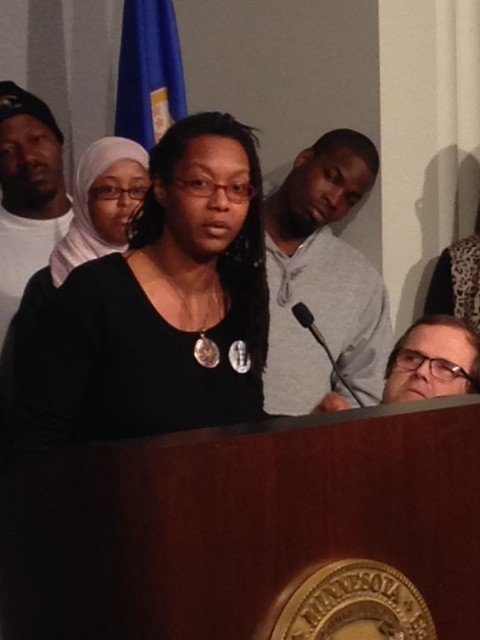 Community members, along with leadership from Neighbors Organizing for Change (NOC), Take Action Minnesota, ISAIAH, and several State representatives presented the report It’s About Time: The Transit Time Penalty and Its Racial Implications, which was written by The Center for Popular Democracy, along with additional assistance from local partners. It highlights the racial disparities in the transit system and adds that extra time spent on commuting actually hinders people’s ability to lift themselves out of poverty. 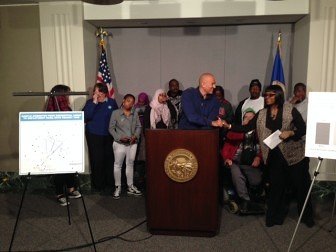 A May 7th New York Times article reported that commuting time is the single strongest factor that changes the odds of escaping poverty. This trumped as a stronger factor on employment and income chances than even elementary school test scores.

Several community members spoke of their challenges with the transit system. Amity Foster feels the transit time penalty while using the bus to shop in NE Minneapolis, and in getting to work. “We need sustained and dedicated funding for transportation,” said Ms. Foster.

Harry Maddox lives in south Minneapolis, and commuting by bus to St. Paul can average 3 hours. To reach his daughter in Sauk Center, taking the North Star Train, that is a three hour one-way journey.

Several legislators took an impromptu transit challenge issued by NOC, including Rep. Carolyn Laine of Columbia Heights and Rep. Mike Freiberg of Golden Valley, to get a clearer understanding of the difficulty in using public transit for getting your kids to day care, getting to work, and in completing errands. Rep. Freiberg said, “My experience shows first hand that the transit time penalty is real.” 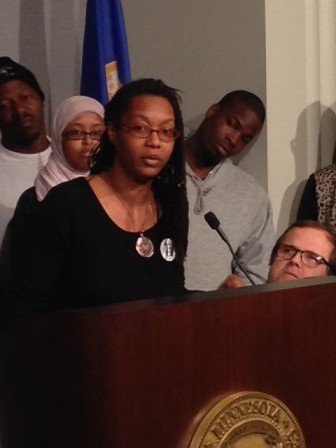 Young Anisa Sharif lives in Blaine, where her parents drop her at the transit center, and then takes the number 10 to the number five to get her job. After work, she takes the 30 to get to the 10.

This commute takes her four hours a day.

Rep. Rena Moran (65A) said during her comments, ” We can’t waste the time for people of color.” While Rep. Frank Hornstein noted that there must be investment in the transit system for social justice to occur and that the Republican proposal to cut transit 25% by 2022 is not sustainable.

The report strongly urges the legislature to adopt the transit-funding plan to fully enable the implementation of Metro Transit’s Service Improvement Plan.