A damn good show deserves a damn good review. But what do you do when the show is an extraordinary, engaging, vibrant, and completely groovy experience? Well, you hope that your words can attempt to come close to what the artist gave the audience. Seeing Trampled by Turtles live for the first time is one thing, but seeing them live for the first time at First Avenue is a happening you feel the need to share with others.

On the evening of Wednesday, April 11, Trampled by Turtles took to the stage in First Avenue’s main room. Minneapolis Mayor R.T. Rybak and Duluth Mayor Don Ness introduced them, both of whom claimed April 11 as “Trampled by Turtles Day.” “You get to do that sort of thing when you’re mayor,” said Mayor Ness after the show.

Mayor Ness has known and followed TBT since their early days of playing at Pizza Luce in Duluth and is a big proponent of their success. “We in Duluth, we’re just proud of them,” he said.

After the introduction, on the suggestion of Mayor Rybak, both mayors bodysurfed the crowd. While Mayor Rybak was successful in making it all the way, Mayor Ness made it past security and about two seconds into the crowd before falling and luckily landing on his feet. “It was a little embarrassing,” Mayor Ness said with a smile. “It was my first stage dive and it was a complete failure.”

What wasn’t a failure was the momentum the mayors generated and the wave the band was able to ride for the rest of the night. At the onset of a nation wide tour with a couple of stops in Canada, TBT is promoting their new album Stars and Satellites and chose Minneapolis as the first city in their biggest tour yet. To start the show, the Turtles played the first song off their new album, entitled “Midnight on the Interstate” and went on to perform every song from the record. But to keep the crowd engaged in participation, they performed older tunes fans are familiar with like “Wait So Long,” “It’s A War” and their version of the Pixies’ “Where Is My Mind.”

The band was excited to start their tour in Minneapolis. “We have to go on the road for a little while,” guitarist and lead singer Dave Simonett told the crowd. “So it’s nice to soak up a bunch of Minneapolis before we do.”

Stars and Satellites is a bit of a departure from what Turtles fans are used to. While there is still some hard charging, fast paced finger picking, the band has also composed a wealth of slower ballads. This is in part due to the setting in which they recorded the album, a log home outside Duluth they call “Soleil Pines.”

Fiddle player Ryan Young said the new album is a lot “more chill” than others. “It’s not necessarily what we’re going to be like for the rest of our ‘Trampled by Turtlesdom,’” he says. “We didn’t force anything, it just naturally happened.”

But the sold out crowd at First Avenue seemed to like the new material just fine, erupting after every song, dancing and singing throughout the night.

“We’re going to sing along to every song, even if we don’t know the words,” a fan in the crowd said to his friends.

“We haven’t heard their new album, so why not hear it live?” said Molly Osborn, 24, from Minneapolis, before the show.

Osborn’s friend, Andrea Flaherty, 24, also from Minneapolis, chimed in, “We like to support Minnesota music.”

Trampled by Turtles comes off as being like a family, and they have the support to prove it. Paul Gnam, 29, came down from Duluth for the show. He has known banjo player Dave Carroll since middle school at Valley View in Edina. “I’ve seen every Duluth show I’m sure,” Gnam said, adding that he’s seen TBT over 50 times and in places such as Seattle and Denver.

“Dave’s (Carroll) dad is at every show. At least every show I’ve been to,” says Sonja Bjordal, 27, who also came down from Duluth and noted that his dad was in the crowd. “They call him ‘Banjo Dad.’”

Gnam and Bjordal were a part of a group of friends who made the trip to Minneapolis and said that there are always Duluth folks at TBT shows. “We’re like family fans,” Gnam said.

For a band whose delivery creates an environment that is best described as a hoot hollerin’, hee-hawin’, foot stompin’ good time, they are deeply committed to their craft and appreciate the opportunities they’ve received and the fans who love them. They can wow you with their talent by displaying their proficiency while plucking and strumming at lighting fast speed, or will pull on your heartstrings while harmonizing to beautiful statements such as “Widower’s Heart” and “Alone.”

At the end of the night, fans left smiling from ear to ear and chatting about what they liked best about the show. There was no need to gather feedback as to how the performance was for the response would have been unanimous: phenomenal. 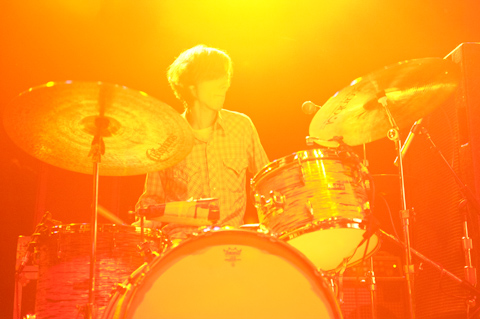 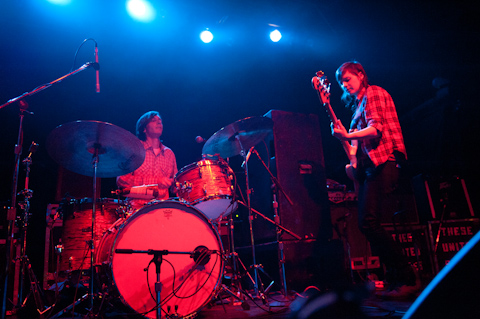 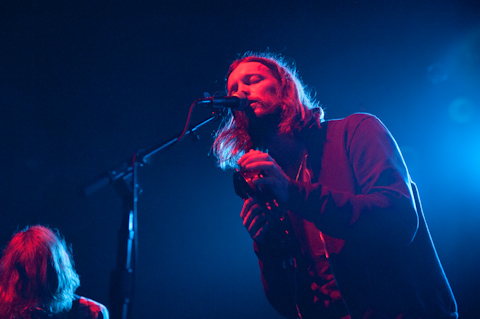 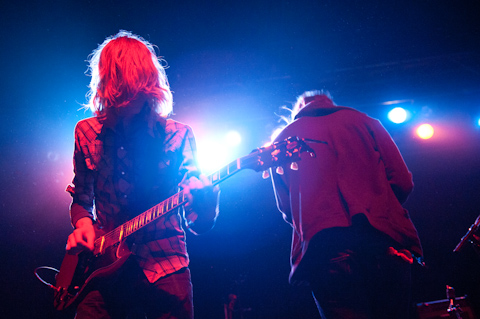 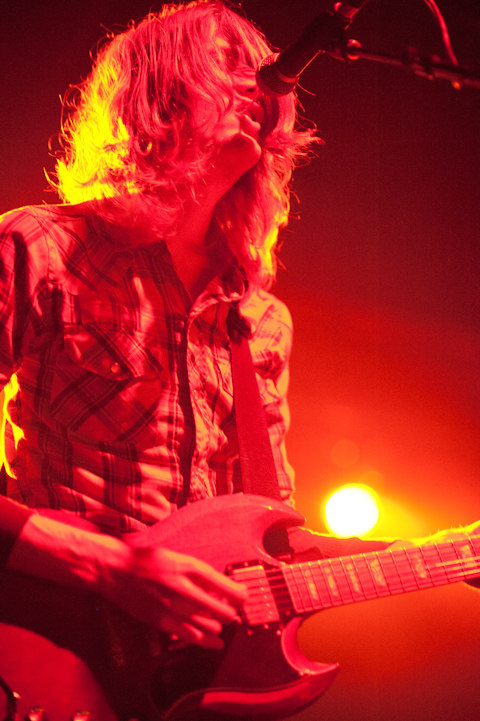 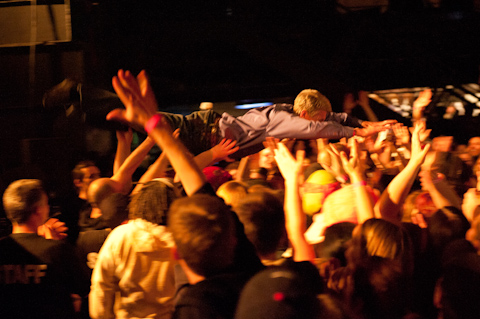 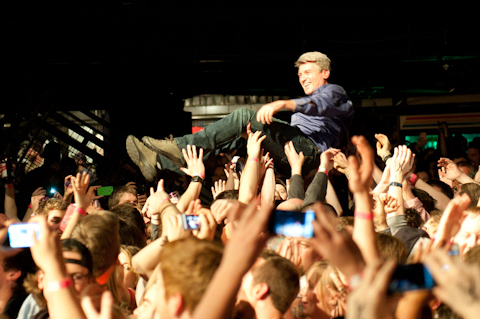 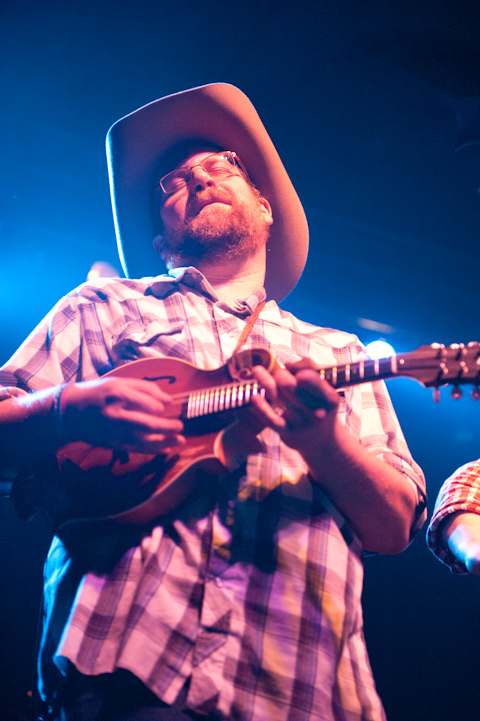 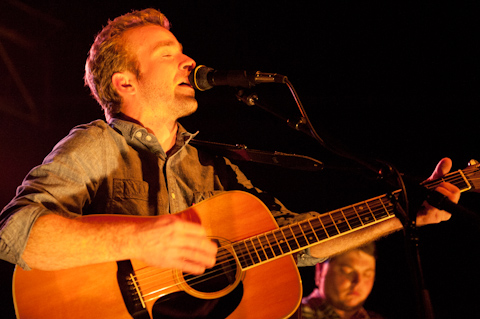 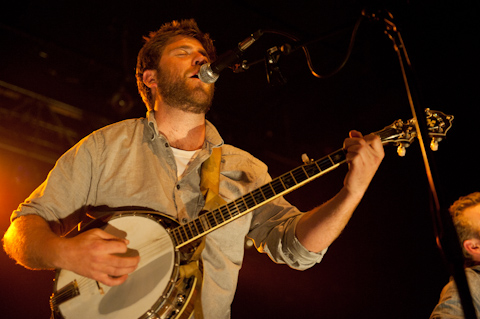 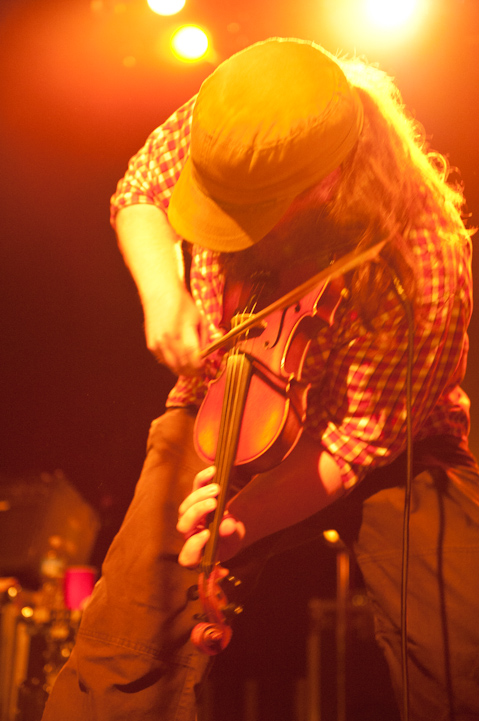 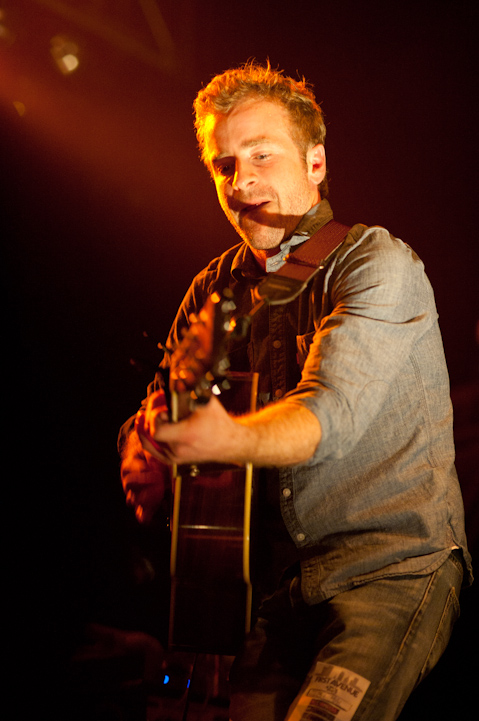 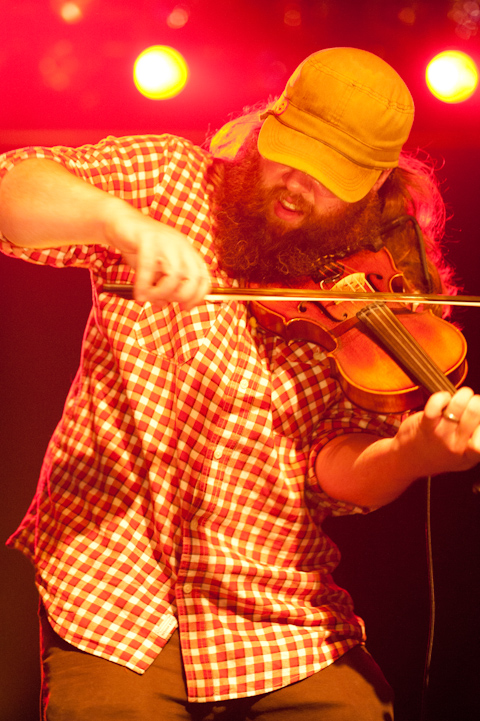 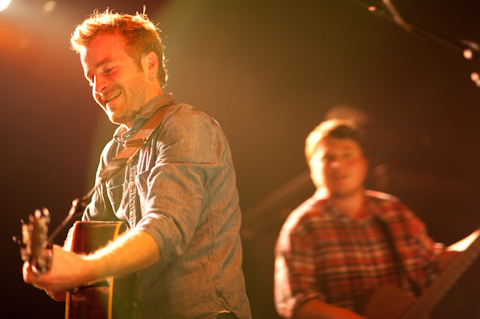