In the coming weeks, Congress will be asked to consider Fast Track legislation for the Trans-Pacific Partnership. For people who hadn’t heard much about it before this week, the headlines will sound hyperbolic. From what we know about the trade agreement, though, there is too little hysteria, rather than too much. So, what makes this an “assault on democratic government” that “if people knew what was going on, they would stop it?” Here’s just one example: 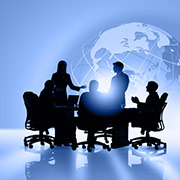 One part of the highly secret trade agreement that has leaked reveals a provision which could set up a ban on “buy local” policies in government procurement. Obviously, here at MN2020, we’re big believers in “buy local” as a philosophy for sustainable economic development, so much so that we maintain a holiday gift guide to help our readers purchase locally made presents. But let’s say Minnesotans wanted to set policies that instruct government procurement offices to look first for local sources of products before they buy from elsewhere. Under this new agreement, such policies would make our cities, counties and state vulnerable to lawsuits by foreign corporations whose shareholders were disadvantaged by such a policy.

This isn’t hypothetical. Our elected leaders, working on our behalf, have enacted such policies. For example, in 1933 Congress passed the Buy American Act. Locally, the City of Minneapolis has an Environmentally Responsible Purchasing Policy, which includes local availability as a consideration factor in purchasing, to reduce the carbon cost of transporting goods over long distances. We routinely attach purchasing and hiring guidelines of all kinds into law, to make sure tax dollars are spent in a way that stimulates the Minnesota economy. Our US Trade Representative is negotiating away our right to control our own tax dollars in secret meetings.

Sure, consumers can still choose to purchase local products, right? Absolutely. If they can tell. The trade agreement also bans country-of-origin labeling for meat. If Minnesota consumers want to know where our meat came from, so we can make informed decisions for ourselves as consumers, we’ll be out of luck. Violating the trade agreement by labeling our meat could subject the entire United States to economic sanctions and lawsuits.

I’ll write about more consequences of this broad, secretive agreement in the days and weeks to come, and I encourage you to do your own research (you could start with the MN Fair Trade Coalition, or articles in Salon or the New York Times). In the meantime, I hope we can all agree that an international trade policy this important should be thoroughly and publicly debated before Minnesotans’ rights are traded away.