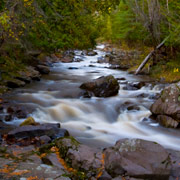 Last week, a report by Environment Minnesota (and co-authored by the Frontier Group) was released summarizing some findings from the EPA’s Toxic Release Inventory (TRI). The report (available online), titled Wasting our Waterways 2012: Toxic Industrial Pollution and the Unfulfilled Promise of the Clean Water Act, gives an overview of the 226 million pounds of toxic chemicals that were dumped into over 1,400 different waterways throughout the US in 2010 (the most recent data available). The report highlights what chemicals are being dumped, what the effects of some of those chemicals include, what areas are dumping the most, and what the EPA thinks needs to be done to remedy the situation.

Industrial facilities in Minnesota released 1,455,361 pounds of the toxic chemicals into our waterways. The 703,019 pounds that were released into the Mississippi along its run in Minnesota contributed to it being ranked 2nd in the list of “top” waterways for total toxic discharges.

The list of toxic chemicals that are being dumped is long, and the chemicals have varying effects ranging from damaging local ecosystems; contributing to human health, development, or reproductive problems; and to the widespread poison and destruction caused by persistent bioaccumulative toxins (chemicals that last in the environment and accumulate up the food chain).

The most common toxin found in the TRI was nitrates (almost 90 percent!). Nitrates are dangerous and harmful in many ways: Not only do they cause health problems in humans, they also are the leading contributor of nutrient pollution in aquatic ecosystems as they are the fuel for algal blooms and subsequent dead zones. The scariest part about this fact is the TRI only accounts for pollution that comes directly from industrial facilities, which represents a very small fraction of the total nitrates found in our waterways and groundwater thanks to agricultural activities (mainly fertilizer runoff).

The report’s suggestions for combating the high levels of toxic discharge include:

Such actions will help continue the observed trend of decreasing toxic discharges (as seen from 2009 to 2010). However, as the agricultural contribution to waterway pollution continues to grow, we must look for ways to improve our practices…(one such example here).