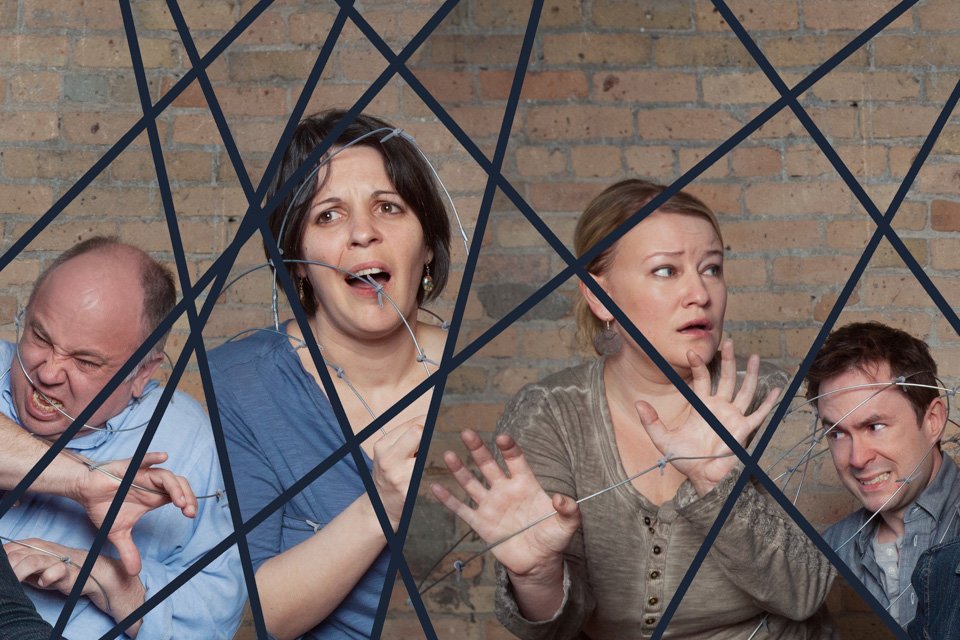 Tonight the role of Wendy Gennaula will be performed by Chris Gennaula.  Last night our “Good to Momma” Blogger took the night off from the Fringe to actually blog a bit.  So, tonight while she is back at her ‘Fringe Beat’ I will guest blog about a show I saw last night.

North Dakota may say it’s legendary, but after seeing “The Tourist Trap”, I think South Dakota really deserves that title.  We start with a simple set of a table with a knife, a suit hanging on a coat rack, a door, and a seat that resembles an electric chair with straps but without the wires.  We are in a room of a notorious house, now ‘museum’ of a notorious cult leader.  Then we told the back story of said cult leader.  But something is amiss… of course.

This is a horror story.  There will be blood, although I was honestly expecting more.  (But that is probably because I just finished binge watching last year’s True Blood.)  But, what was lacking in stage blood was made up in suspense of who was going to be the first victim.   The cast brought out the terror of the story as alliances shifted throughout the show.  Each one of the actors had their moment to shine.  I could comment more on those moments, but that would risk ruin by spoiler.

Like many productions at the Fringe, this show felt like it could be expanded into a bigger show.  The running time was around 40 minutes.  I would look forward to seeing the next iteration of this tale.