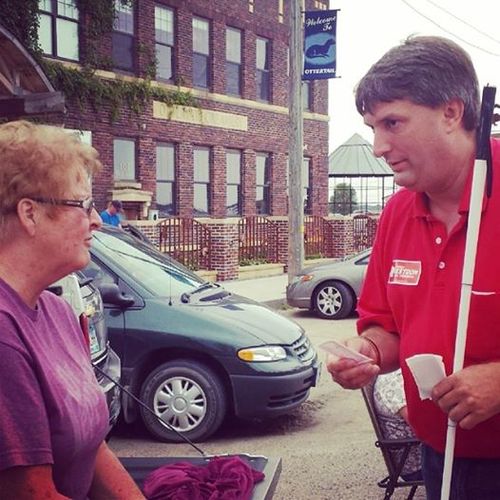 Child protection services politics in Minnesota have long been contentious, with cries for reform going up when a child dies, as is the circumstance with the death of Eric Dean,The boy they couldn’t save at the center of an investigative report by the Star Tribune.

The story harkens back to the brutal 1997 death of Desi Irving, which also raised an outcry. After the Office of the Legislative Auditor scrutinized the system in a scathing 1998 report, the legislature passed reforms to the system. Only one legislator, Dave Jennings in the House, voted against the measure.

Sadly, those reforms have not been enough to save the lives of every abused child.

Sen. Torrey Westrom, a Republican who represents the area where Eric lived, said he’s heard from numerous constituents who are angry about how the case was handled. He said he will work with other legislators to draft laws in the upcoming session that he hopes will better protect vulnerable children.

“We need to prevent this from ever happening again,” said Westrom, who is running for Congress in Minnesota’s Seventh District.

One of his focuses will be to require that counties give more scrutiny to repeated abuse reports, Westrom said. Currently, the Department of Human Services (DHS) recommends that counties not consider prior abuse reports when deciding how to handle new ones that come in.

Erin Sullivan Sutton, DHS’s assistant commissioner for children and family services, said the agency will work with legislators on a proposal that will allow child-protection workers to review prior history when new abuse reports are made.

She called Eric’s death “a tragedy that should not have happened.”

Sullivan Sutton said her agency will also “thoroughly review the death” and share its findings with Pope County staff.

Westrom also wants to make sure that counties share abuse reports with law enforcement. State law requires that, but records show that Starbuck police were notified of only one of Eric’s abuse reports before he was killed.

It’s good that Westrom is paying attention, but a review of discussions of child protection laws and funding reveals that this has never been as frontburner issue for Westrom, who offered one child protection bill in 2004, related to searching for relatives for foster care.

Indeed, as a member of the Minnesota House of Representatives, Westrom voted twice for draconian cuts a program that helps counties pay for child protection services. Westrom moved up to the seante in 2012.

When the Republican caucuses took control of both houses of the state legislature in 2011, they quickly eyed cuts in human services.  MPR’s Bob Collins commented on the move in a New Cut blog post, Despite warnings of cuts to child protection, House committee passes cuts in human services:

Despite claims it will result in less protection for victims of child abuse and trauma, House Republicans this afternoon passed a bill to make cuts in human services in Minnesota permanent.

“We are faced with a challenge that’s bigger than we’ve ever had, with less resources than we’ve ever had. I’ve been a party to it in the past,” Rep. Jim Abeler,the chair of the House Health and Human Services Finance Committee, said.

But Democrat Larry Hosch said Abeler’s bill was only introduced at 3 yesterday afternoon, and guessed that many of the new lawmakers don’t even know the acronyms in the bill.

“These are the most vulnerable children; children who have experienced neglect, physical abuse, and sexual abuse. Only 60 percent of reports investigated in a timely fashion. Will this bill help that? Probably not,” Hosch said.

Still, with only 45 minutes of debate over the bill, House Republicans probably knew what was at stake because Mary Regan, the executive director of the Minnesota Council of Child Caring Agencies, spelled it out for them.

When the legislative session began in early January, Republican leaders in the Minnesota House and Senate pledged to protect funding for children, for the disabled and for those who are unable to take care of themselves.

Less than a month later, these same Republican leaders are on the verge of ramming through legislation that will cut state funding for the treatment and protection of Minnesota’s most vulnerable children.

They’re proposing to take away nearly one-quarter of all state funding that helps counties pay for child protection services and support for families with children facing developmental disabilities and mental illness. . . .

The proposed cuts are aimed at the state’s Child and Community Services grant program. Funding for this program supports key services to several vulnerable populations.

The size of the cuts were reduced in the special session, but $22 million was cut for the biennium (page 13 in this analysis).

What was the rationale?  Two house leaders replied to Berglin in the Star Tribune op-ed piece, ‘High stakes and hard choices’ that trusting the counties would provide solutions.

We’re hoping that Westrom and the rest of the legislature follows through on reforming the child protection system so that it does a better job of protecting children.