Before Braids played at the 7th Street Entry on Sunday, I had the opportunity to watch MPLS.TV interview them for their new Entry Level series. It was during this interview that I learned that lead singer Raphaelle Standell-Preston had bronchitis, and though she seemed spunky as ever, I wondered how this set would compare to their impressive show back in February.

Fortunately, the only disappointment was that between the interview and the show, she undid the braid in her hair. (Who doesn’t love a little physical irony? Apparently not Braids.) Other than that, everything seemed to go off without a hitch and you could hardly tell that Standell-Preston was sick. If anything, the occasional cautiousness in her voice added a new, sweet texture to the overall sound, and the usual powerful intensity of her voice combined with her bandmates’ harmonies was still present.

In fact, this show was better than the last. At first I thought this could be explained by the fact that I have been spinning their record Native Speaker pretty much nonstop since I first saw them, but others who were at the February show agreed that they had improved over the last month. For one, the mix was better than last time, allowing the intricacies of their dreamy sound to come through. The space between songs was bridged not with silence, but with bubbly, almost aqueous-sounding tones, whistles, synchronized breathing, and a number of other elements that added to the ambiance.

Speaking of the band, they were arranged differently on stage, which made aesthetic improvements both visually and aurally. With Standell-Preston this time positioned in the middle of the stage rather than tucked away at stage left, her voice projected more clearly over the backing instruments, and as she sang I noticed that she and keyboardist Katie Lee spent many lingering moments staring intently at each other’s eyes; this seemed reflective of the intimacy and interconnectedness of the band’s overall sound. Additionally, this new arrangement gave us better view of drummer Austin Tufts and bassist Taylor Smith, who to my surprise each contributed a great deal to the avant-garde vocals that make Braids’ sound so unique.

After Braids left the stage, I expected a frantic rush to clear the stage of the dozens of cords, pedals, and instruments to make way for headliner Toro Y Moi‘s inevitable minimalist MacBook-and-mixer table. But shockingly, it appeared as though he was set to take the stage with none other than a mind-boggling full backing band.

Toro Y Moi is Chazwick Bundick, a South Carolina native who, along with the likes of Washed Out and Neon Indian, is widely understood to be one of the foundational acts in the much buzzed-about genre “chillwave.” Though there are countless opinions on how to precisely define the genre (trust me, everyone has tried), all chillwave artists seem to have one simple characteristic in common; the music is, well, chill. So when this baffling backup band took the stage, I wondered in horror, could this possibly be the chillwave show I was promised?

The answer was both yes and no. I knew that Toro Y Moi’s most recent album Underneath the Pine, though well-received, was considered a departure from his previous, synth-heavy focus, and the added instrumentation was definitely present in the show. On top of the heavy guitar and bass, the mix for the first several songs was so poor that you could hardly hear Bundwick (if you could at all), which, combined with the neon, psychedelic amoeba video projections draping the whole band (appropriately dressed in light-colored t-shirts so that their bodies doubled as video screens) gave the whole thing a major 1970s jam band feel.

To be fair, the crowd was doing just that—jamming—apparently oblivious to the paradigm-shifting shock of watching what felt more like Toro and Family than Toro Y Moi. Especially once the mix was figured out, the Entry felt like a sexy, throwback house party as the crowd grooved along under the fluorescent glow emanating from the stage.

All in all, Toro Y Moi put on a funky, danceable show and despite my existential crisis via MacBook deprivation, the crowd seemed to have a good time pulsing along to the beat. So long as you aren’t married to the brooding, solo-act-hunched-over-electronic-equipment concept, and you find yourself comfortably fitting in amongst a pack of tipsy and undoubtedly high 20-something coeds just trying to ride that chillwave—whatever that means—‘til the end, then you’ll likely enjoy a Toro Y Moi live show. 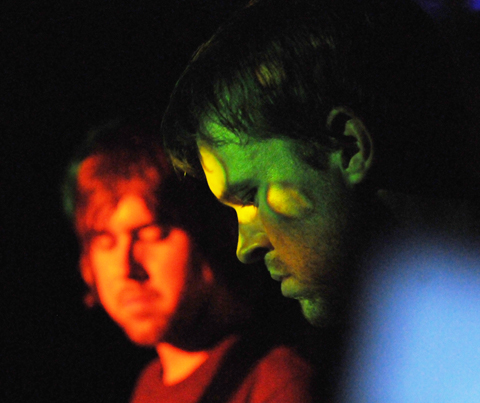 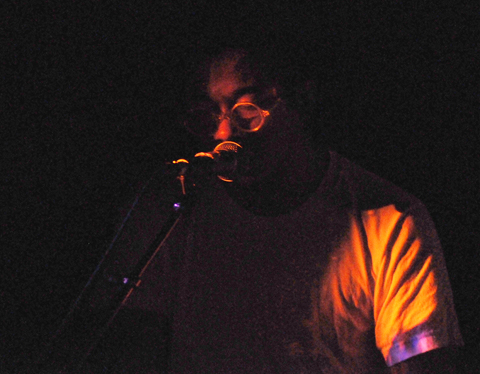 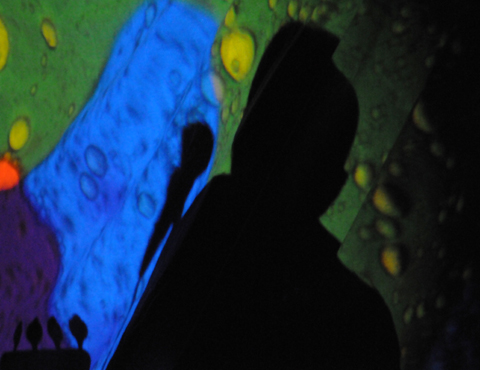 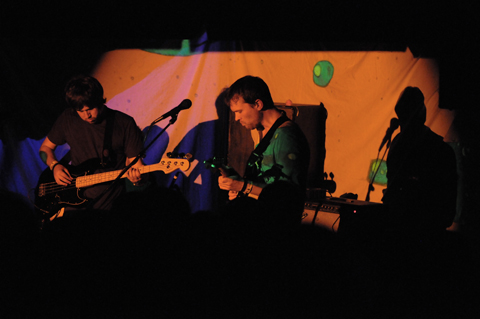