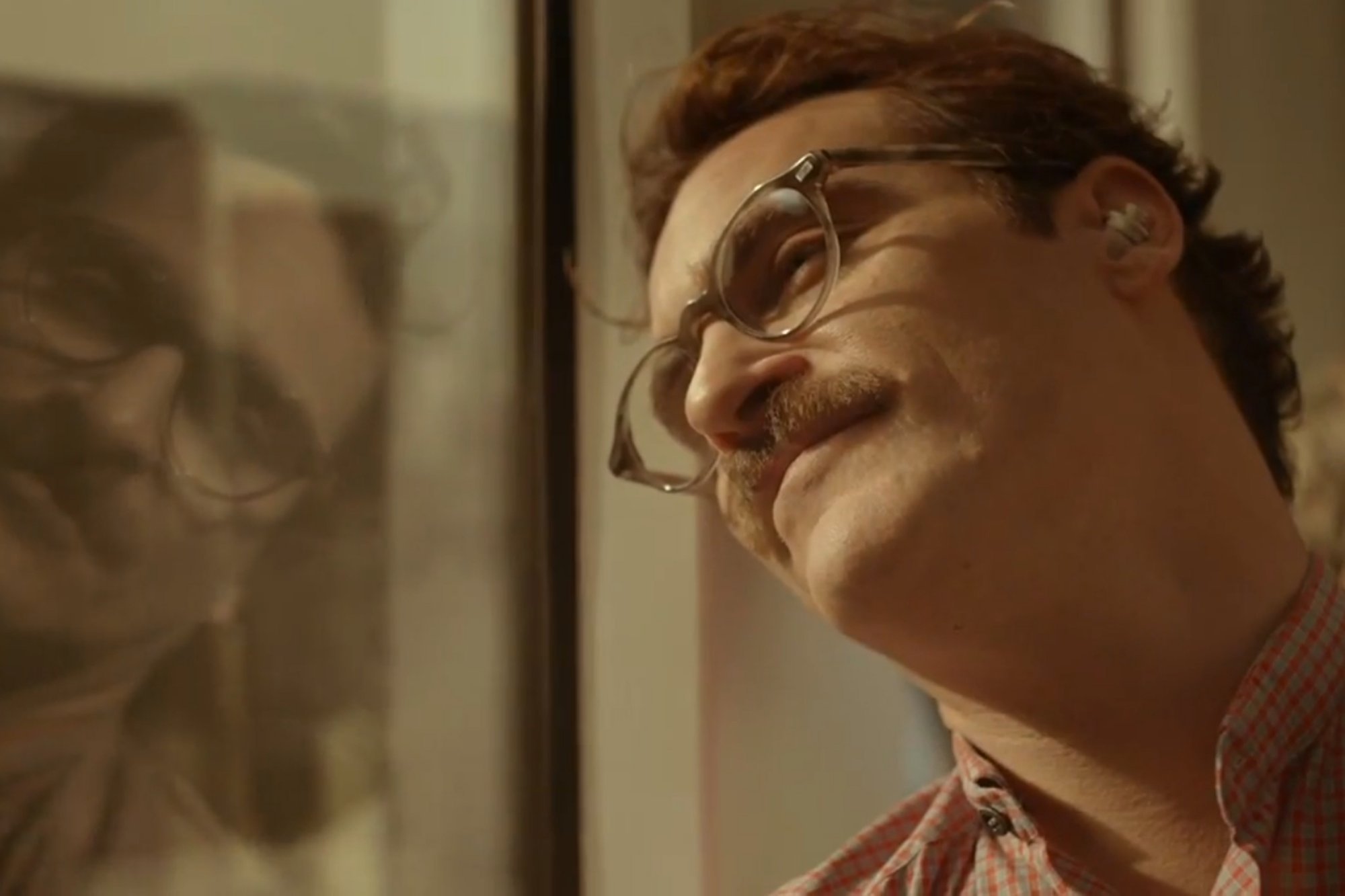 I was speaking with a friend—one who also writes on film—a few weeks ago about the 2013 film calendar and said, “I’m not sure it has been that impressive this year. There are some great films, but I think it was somewhat of a let down.” My friend looked at me like I had just stomped on his feet and said, “Really…I think you’re the only person who has said that to me.” Looking back on that conversation and having since had the opportunity to catch some twenty more films, I completely misspoke at the time and regret saying it. 2013 has been quite a banner year for our viewing pleasure at the movies.

Part of the reason at the time I said what I did was because I was weighing this year’s movies against how strong of a year it was for American cable television, in which the programming was outstanding and in some cases, surpassed expectations. I could write a full column on how terrific cable programming, including Netflix streaming, were in 2013. I have written on TV occasionally for TCDP and since this is a look back at the year of films, I figure this is the only opportunity to highlight some of my favorite TV viewing of 2013. AMC’s Breaking Bad and BBC America’s Orphan Black were the two most nerve-racking and addicting shows and both were damn near close to perfection. They were just as great, if not superior, to many films I saw in 2013. FX’s, The Americans, American Horror Story: Coven and Justified were solid again. The newcomer, The Americans, got off to a slow start but got better every week and ended with a finale that perhaps was the finest hour on television this year. Showtime had been anchored by Dexter and Homeland the past few years, but it was newcomer, Masters of Sex, that surprised me. It was more engaging than the lame Dexter last season not to mention a cringe-worthy finale to boot. HBO once again got better  with Game of Thrones, the now-cancelled Enlightened, the final season of the riotous Eastbound & Down and a sneaky and much-improved season of Boardwalk Empire. Netflix showed it can could bring great original programming to its streaming service to the likes of House of Cards, Orange is the New Black and the overdue and well worth the wait of the fourth season of Arrested Development.

There are so many more great television shows on cable (and Netflix), but these were a few that ate up many hours of my time that I could have spent watching more films or re-watching films like Shane Carruth’s Upstream Color (which I still cannot make heads or tails on almost a year later), reading more books, or just being more productive as a human.

So yes, at first I did think that 2013 was somewhat a ho-hum year at the movies until I reviewed the list of the 252 films I saw. There were plenty that I missed and wished I could have  included.

The Narratives: Abbas Kiarostami’s Like Someone in Love, Cristian Mungiu’s Beyond the Hills, Joss Whedon’s Much Ado About Nothing, Hayao Miyazaki’s The Wind Rises, Thomas Vinterberg’s The Hunt, Clio Barnard’s The Selfish Giant, Stephen Frears’ Philomena, and Jia Zhang-ke’s A Touch of Sin.

As for films on my honorable mention list (in alphabetical order), these dozen films I wish could have made my Top Ten list tougher to do than in years past; all are worthy of being mentioned and impacted me either as a person, journalist and/or film enthusiast.
12 Years A Slave (Steve McQueen, USA)
The Act of Killing (Joshua Oppenheimer, Denmark/UK/Norway)
*Gangs of Wasseypur (Anurag Kashyap, India) (Still has no USA distributor and has not been released theatrically in the United States, otherwise this would have been my number #1 film of 2013)
The Great Beauty (Paolo Sorrentino, Italy/France)
The History of Future Folk  (John Mitchell & Jeremy Kipp Walker, USA)
I Used to Be Darker (Matthew Porterfield, USA)
The Last Time I Saw Macao (Joao Pedro Rodrigues & Joao Rui Guerra da Mata, Portugal/France)
The Past (Asghar Farhadi, France/Italy)
The Punk Singer (Sini Anderson, USA)
Room 237 (Rodney Ascher, USA)
Short Term 12 (Destin Daniel Cretton, USA)
White Reindeer (Zach Clark, USA)
Finally, here is my list of the Top Ten films of 2013 and when and where they can be found (either in theaters, on DVD/Blu-Ray/iTunes, streaming on Netflix or at a local Redbox).
1. Her, directed by Spike Jonze (USA)
Jonze’s fourth and most polished directed film is a wonderfully heroic and somber look into the future and the effect on the human condition and technology. Joaquin Phoenix gives another absorbing and complex performance as a man who falls in love with his new operating system, voiced by a mesmerizing Scarlett Johansson. (Opening in Twin Cities theatres on January 10, 2014.)
2. The Spectacular Now, directed by James Ponsoldt (USA)
An original take on the coming of age romance story floored me with two fantastic lead performances (Miles Teller and Shailene Woodley) of a hard partier who realizes he is falling in love with the perfect girl while following in his absent father’s footsteps. (Available for rent on iTunes now and available on DVD/Blu-Ray, January 14, 2014.)
3. Inside Llewyn Davis, directed by Joel and Ethan Coen (USA)
The Coens deliver a unique look into the New York folk rock scene in 1960s, never compromising their deft touch for the sublime, cynicism and downright hilarity in Llewyn Davis and Ulysses journeys. (Now playing at the Landmark Uptown theater.)
4. Stories We Tell, directed by Sarah Polley (Canada)
Writer/director/actress Polley turns the camera on herself and dives into her family history, exploring her mother’s death and discovers more than she bargained for. Compiling home videos, family interviews and other mysterious film tricks, Polley’s documentary soars to unbelievable heights in personal filmmaking. (Available for rent on iTunes, Redbox and DVD/Blu-Ray.)
5. Leviathan, directed by Lucien Castaing-Taylor & Verena Paravel (France/UK/US)
Strapping cameras to a fishing boat and fishermen on a voyage off the New England coast, directors Castaing-Taylor and Paravel (Sweetgrass) bring a horrific and spellbinding scenery of commercial fishing in the most dangerous conditions. With no music or narration, or paddles, you become consumed by the bird eye’s view of the sheer visceral experience. (Available on DVD/Blu-Ray.)
6. All Is Lost, directed by J.C. Chandor (USA)
Who knew the Sundance Kid was such a great silent actor? Yes, Robert Redford’s one-man, or “Our Man,” show was a claustrophobic, daring and thrilling adventure of a lone man struggling to stay alive in the open seas on a sinking boat. It was also further proof of the simplest and essential elements in storytelling can still be completely new. (Still playing at the Landmark Edina Theater and available on DVD/Blu-Ray on February 11, 2014.)
7. Gravity, directed by Alfonso Cuaron (USA)
Who knew Sandra Bullock could be such a great silent actress? Cuaron’s space odyssey was a marvel in technological achievement, bringing movie magic and tension in every frame. (Still playing in Twin Cities theaters and available on DVD/Blu-Ray on February 25, 2014.)
8. Before Midnight, directed by Richard Linklater (USA)
Third time is the charm for this romantic dramatic collaboration between LInklater and co-writers/stars Ethan Hawke and Julie Delpy. As the marriage between Jesse and Celine has both beauty and faults, it makes powerful statements on commitments and responsibility of growing closer and further apart. Let there be a fourth film in this dynamic chemistry. (Available for rent on iTunes, Redbox and DVD/Blu-Ray.)
9. Sightseers, directed by Ben Wheatley (UK)
Raw to the bone and madcap in style, Wheatley’s third film of young couple Chris and Tina (co-writers Alice Lowe and Steve Oram) taking a vacation through the British Isles only before murder and mayhem get in the way of their perfect holiday. The macabre humor and nihilistic approach may not be for everyone, but its warped sense of “the comedy of errors” humor and use of Soft Cell’s “Tainted Love” brought new meaning to the power of love. (Available for rent on iTunes, Netflix streaming and DVD/Blu-Ray.)
10. You’re Next, directed by Adam Wingard (USA)
Taking close to two years to hit theaters after its premiere, director Wingard’s extremely accomplished horror/thriller family reunion along with Simon Barrett’s twisty script and a breakthrough performance by Sharni Vinson provided more scares, laughs, and twists than any other genre film in 2013. Hearing “Lookin’ for the Magic” by Dwight Twilley Band still gives me the willies. (Available for rent on iTunes, Redbox and DVD/Blu-Ray, January 14, 2014.)