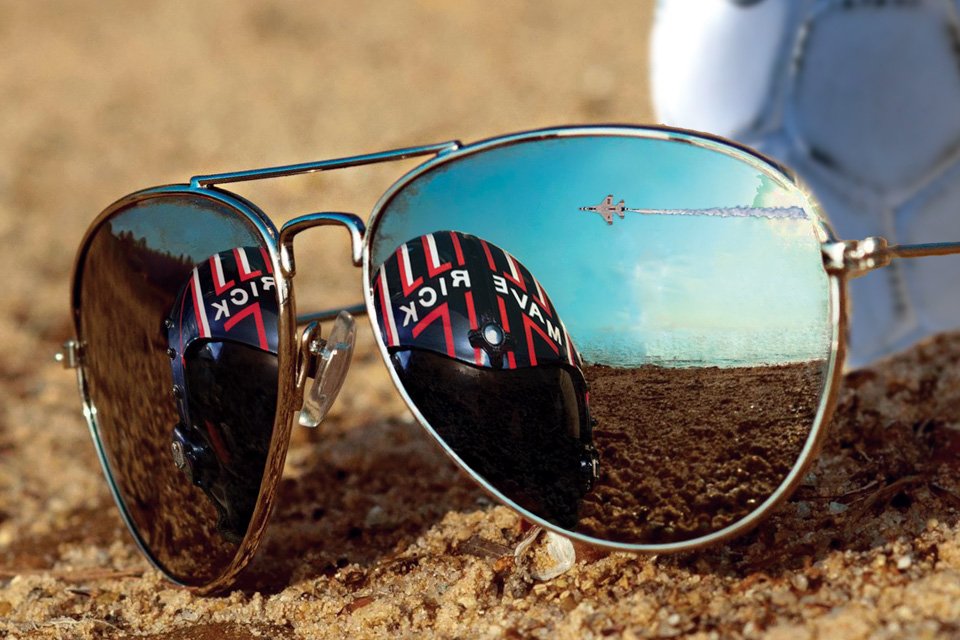 What would the Fringe be without a silly, over-the-top movie musical spoof?  Top Gun: the Musical, which played to a sold-out audience at the Illusion, has barely any plot, a cheesy love story, and lots of eighties music. If you stop and analyze , you’ll hate yourself for loving it. But isn’t that the point of the movie too?

The show has a totally tubular eighties-influenced original score by Chad Dutton, and the book and lyrics are by Tim Wick. The energetic opening number “Gotta Get Into Top Gun” opens the show in a big way. The flirty banter between Maverick and Charlie and their corresponding meet-cute song cleverly  reference many songs from the eighties. The lyrics in the volleyball scene (bump, set, and then you spike) really, umm, hammer home the homoerotic subtext. Having three numbers in a row that focus on this one joke could take the audience deep into the danger zone (sorry, had to go there). But instead it flies into “Mel Brooks does Top Gun” territory.

The large cast of fighter jets and the men who fly them, piloted by Samuel Poppen as Maverick, sing, dance, and prance through all of the iconic scenes from the movie. Poppen captures Tom Cruise’s ego and swagger. Dawn Krosnowski is equally charismatic as Charlie, Maverick’s implausible love interest. Krosnowski’s soft soprano is sometimes overpowered by the keyboard and lost in the Illusion’s deep stage. Bringing her downstage to sing or giving her a body mike could help. This is the second show I’ve seen at the Illusion, and acoustics were a challenge in both shows.

The props and costumes are fantastic, and any descriptions would be too spoiler-y. And Windy Bowlsby’s choreography is an indispensable part of the show. It captures and maintains the thrilling action of the movie.

One more note-if you really want to see this show reserve your ticket. I didn’t guess it would sell-out. Fortunately I had reserved our tickets just in case because we were cutting it close by taking the train from the West bank to downtown to see this show.